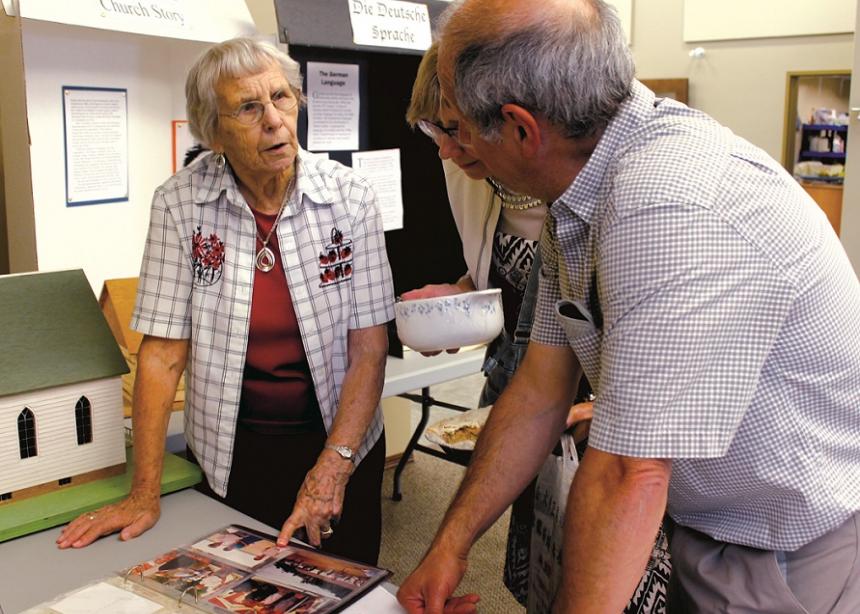 When members of Eigenheim Mennonite Church realized it had been 25 years since the church’s centennial, they decided it was time for another celebration. To mark the congregation’s 125th anniversary, planners chose “Celebrating God’s faithfulness” as their theme.

Current and former members gathered at the church, about 79 kilometres north of Saskatoon, on Aug. 19, for an evening of reminiscing and visiting. Kara Wolfe and Barb Froese shared memories of growing up in the congregation. George Epp, the master of ceremonies, reflected on the church’s history and presented a slide show with photographs spanning the century-and-a-quarter of the church’s existence.

The celebration continued on Aug. 20 as the congregation and many visitors gathered for worship. The service included old familiar hymns along with newer ones. Ryan Siemens, Mennonite Church Saskatchewan’s area church minister, brought greetings from both the area church and MC Canada. Erwin Tiessen, a former member of the congregation, spoke on the chosen theme, using Ruth 1 as his text.

Following the service, members and their guests savoured a potluck lunch, browsed through photographs and visited with old friends.

There is some debate over the exact age of the congregation. The church formally organized in 1894 and occupied its first building two years later, in 1896. But the first Mennonites to settle in the area began worshipping together in 1892, forming the first Mennonite church in what was then the Northwest Territories. Originally part of the Rosenort group of congregations, Eigenheim became an independent congregation in 1929.

The first building, a log structure, was replaced in 1902. A second building project took place in 1954. Flooding in the church basement in 2007 led to the decision to erect a completely new building on the same site. The congregation moved into its current home in 2010.

Interspersed throughout the celebrations were reminders of difficulties the church has faced over the years. Froese told her audience that Eigenheim is no stranger to conflict. She spoke about the controversy surrounding her father’s request to be readmitted as a member after serving in the military during the Second World War.

Earlier this year, a significant number of the church’s members split from the congregation, citing theological differences. Epp and Tiessen encouraged those attending the anniversary to remember that God is faithful and that the church’s future is in God’s hands. 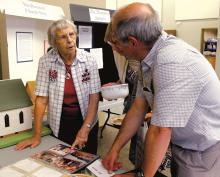 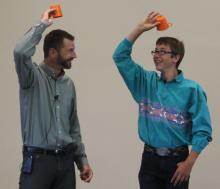