Canoes and kayaks for a cause 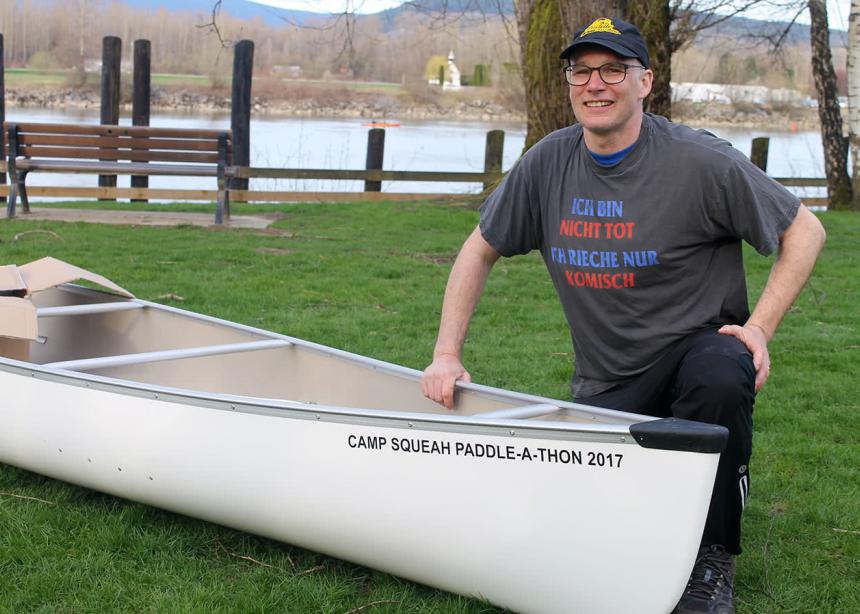 A boisterous and enthusiastic crowd greeted 36 paddlers who came ashore in Fort Langley late in the afternoon of April 9, completing the annual two-day paddle-a-thon in support of Camp Squeah.

The participants set out on the Fraser River from Hope on Saturday morning, battling wet, windy and cold weather, but didn’t let the conditions dampen their spirits. As usual, a hardworking ground crew fed the group at the evening stop near Chilliwack the night before and at Mission on April 9 for lunch. Conditions turned sunnier on the final day, with clear skies and calm waters.

This marked the 19th annual paddle-a-thon, raising funds for the camp’s summer bursary program for summer staff who return to post-secondary studies in the fall. Money raised this year was just shy of $48,000. Since its beginning in 1999, the paddle-a-thon has raised $840,000, 10 percent of which has gone into an endowment fund that annually pays out interest to support the bursary program, reports Squeah’s executive director, Rob Thiessen.

Top fundraiser this year was John Tetzel, youth pastor of Peace Mennonite Church in Richmond, who was awarded a canoe. Other MC B.C. churches represented included Sherbrooke and First United Mennonite in Vancouver, Crossroads in Chilliwack, Level Ground and Emmanuel in Abbotsford, and Cedar Valley in Mission.

Data from a GPS system attached to one kayak revealed that the total journey was 107 kilometres, with an average speed of 10 km per hour from start to finish.

“We’re so grateful for the many paddlers and volunteer ground crew who came out in support, and for the many people who financially supported their efforts,” says Thiessen. “Camp Squeah recognizes how critical this important fundraising event is toward the goal of attracting, recruiting and ultimately supporting the high-quality staff vital to our summer camp ministry.”