Burns Lake ‘in the thick of’ B.C. fires 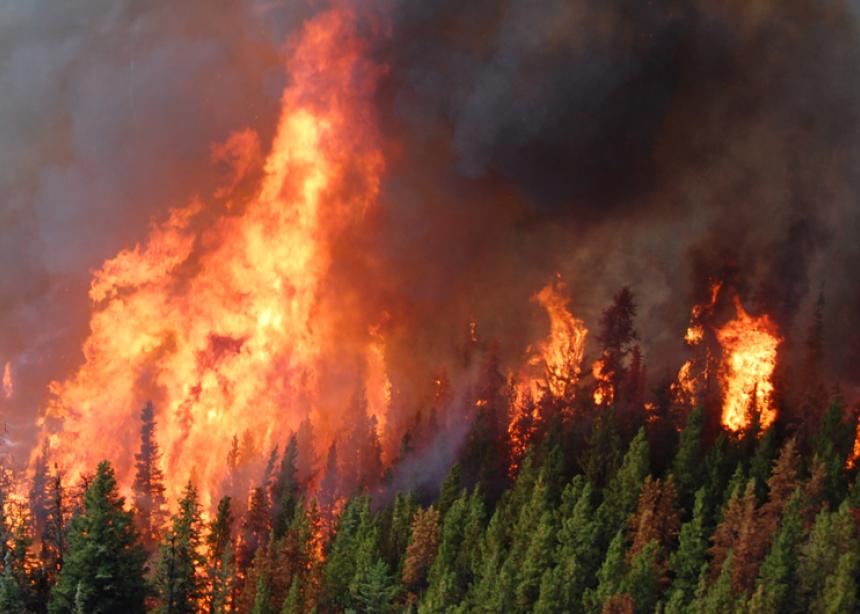 As the month of August 2018 ended, British Columbia found itself dealing with rampant wildfires for the second consecutive year.

In mid-August, there were 566 wildfires burning in the province, with 29 evacuation orders affecting approximately 3,050 people. As of Aug. 31, there were still 46 “wildfires of note” burning across B.C., according to Global News. Smoky skies were visible in the Fraser Valley in mid-August, far away from the affected fire area.

“This year, we are in the thick of it,” wrote John Rempel, a member of First Mennonite Church, on Aug. 29. “We have four major wildfires on three sides—east, south, and west—totalling roughly 235,000 hectares.”

Rempel reports that so far Burns Lake has not been directly affected, other than supporting the firefighting effort, including operating evacuee reception facilities and billeting evacuees. Fire departments from all over the province had sent crews and trucks to the area in an attempt to protect buildings and people in the area.

The fire to the east of Burns Lake had moved away, coming to 20 kilometres at the closest. The fire to the west ran through the Southside, Grassy Plains—the area between Francois and Ootsa Lakes—causing the whole area to be evacuated. Evacuees have relocated to Burns Lake, Smithers and Prince George, with some homes lost and much timber burned.

“Grassy Plains church members that relocated to Burns Lake are worshipping with us for the duration,” says Rempel. “Parts of the fires are still very active, although somewhat cooler weather the last few days has slowed them down a little. The fight will not be over until we get substantial rain.

2018 is considered the worst wildfire season in B.C.’s history. A provincial state of emergency due to fires has been extended to Sept. 12.