Partly in response to a April 7 shooting spree in which a former student at the Wellington Menezes de Oliveira school fired more than 60 rounds from two illegally acquired revolvers, killing 12 children dead in Realengo in the west of Rio de Janeiro. 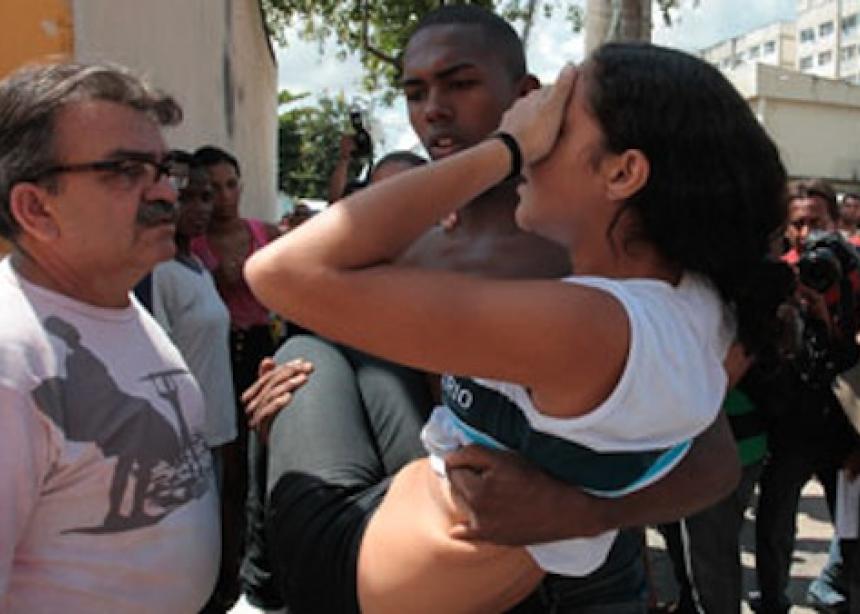 The National Council of Christian Churches of Brazil has joined a national disarmament campaign to combat violent crime in the country.

Launched May 6, the Disarmament Campaign of the Ministry of Justice is a voluntary program in which individuals anonymously can relinquish firearms for cash at Brazilian Federal Police stations. The churches' council joins the justice ministry, the Brazil Disarm Network, the Live the Community association and the federal police in the campaign, reports the Latin America and Caribbean Communication Agency (ALC).

The council's involvement aligns with priorities its new board of directors set at its first meeting on April 29. Those priorities include greater involvement with human rights, an economy of solidarity, building a culture of peace and communion among churches.

The program partly is in response to a April 7 shooting spree in which a former student at the Wellington Menezes de Oliveira school fired more than 60 rounds from two illegally acquired revolvers, killing 12 children dead in Realengo in the west of Rio de Janeiro, Inter Press Service News Agency (IPS) reports. An estimated 16 million firearms are in circulation in Brazil, 80 percent of them in civilian hands, according to IPS.

"A large part of the Brazilian arms market is 'grey,' that is, the guns do not belong to criminals but neither are they legally registered," said Rubem Cesar Fernandes, head of the nongovernmental organization Viva Rio, which works to promote a culture of peace and social development. The campaign particularly targets these "grey" weapons, which cannot be traced if they are used for criminal purposes, he said.

"This campaign was triggered by a traumatic and terrible event," Fernandes, who is participating as a civil-society representative, told IPS. "There were massive demonstrations and a huge public outcry for another disarmament action. This campaign was essentially born out of public opinion." More than half a million weapons were collected and destroyed during a similar program in 2004-2005.

The current campaign, organized by churches, NGOs,  Masonic lodges and other community groups, is targeting women, who primarily are the ones to come forward to hand in guns belonging to their husbands, sons, fathers, boyfriends or brothers, Fernandes said.

The church council's involvement followed an April 28 ecumenical worship service held to highlight the new board's goals for the next four years.

The celebration was a testimony of ecumenical living together and of inter-religious dialogue, said Secretary Zulmira Ines Lourena Gomes da Costa of the Syrian Orthodox Church of Antioch, according to ALC.

"More than by ecclesial diplomacy, dialogue among theologians, social involvement and pastoral cooperation, ecumenical work is fed on and grows through the grace of God, sought in humble, confident and persevering prayer," said the council president, Roman Catholic Bishop Dom Manoel Joao Francisco.

"Our perspective for this work that begins is the best possible," said Evangelical Lutheran Pastor Altemir Labes, treasurer. We want to walk together with the people, hearing the clamor of the people" and to strengthen the ecumenism at the bases, in each region, in each parish, "so that we can have a movement that is truly engaged with social matters."