On being a musician during COVID-19

A conductor of human connectedness 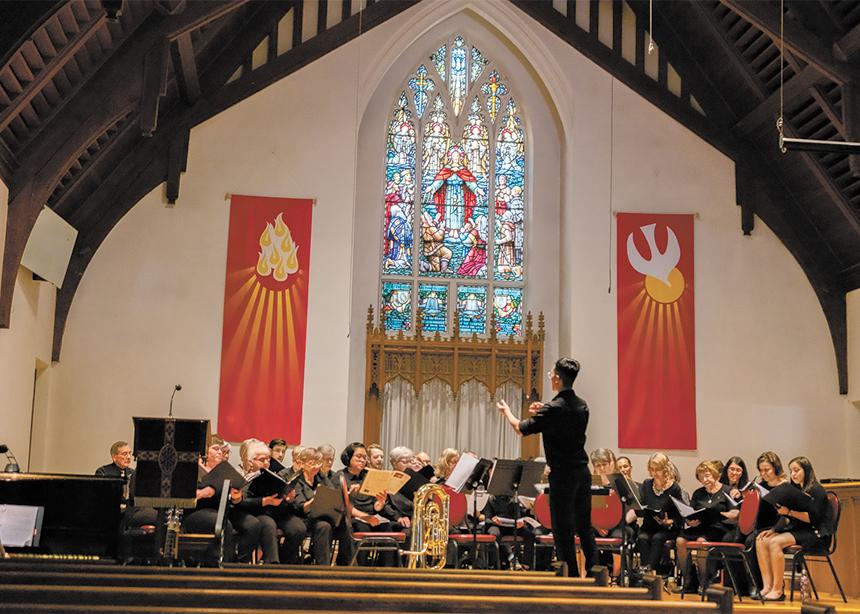 For some musicians during COVID-19, the landscape of music making, performance and choir conducting transformed into environments for community resilience. As a recent graduate from Emmanuel College at the University of Toronto, with a master of sacred music degree, Matthew Boutda reveals the ways musicians are conductors of human connectedness. He says that “online communities are just as valid as in-person communities.”

Boutda was raised as a Mennonite at Toronto United Lao Mennonite Church, which later amalgamated with Lao Canadian Evangelical Mennonite Church. He began his music practice at an early age as a volunteer playing piano with his congregation.

He worshipped in both Lao and English, sparking his fascination with uniting people from different cultures. Recently, he took part in the Voices Together webinars, bringing together song and worship resources for the new Mennonite hymnal. Currently, he holds the position of music director at Leaside United Church in Toronto, where he continues to practise and innovate through a variety of musical avenues.

Since the beginning of the COVID-19 pandemic, the increase of virtual choir projects and online concerts introduced new ways to experience music in community. One such initiative is the Leaside Virtual Choir. He remembers conducting his first virtual choir session with a small group of 15 singers, which has since grown to an average of more than 35. (See the choir performing here: https://www.youtube.com/watch?v=b7sjVuHj74s)

“Interestingly, there are people in our community [Leaside] that were not singing in community choirs during the pandemic and saw an opportunity to take part from wherever they were,” Boutda says. “Singers from the United States and many parts of Canada joined.” He says that gathering virtually is “a lovely thing that gives comfort to the community, to see faces and to hear voices again in a different form.”

People certainly miss collective singing, the vibrations and hearing one another sing side by side. However, he has noticed a unique shift, and he describes choir now as “a personal vulnerable process” through which each choir member is discovering their own voice in an imaginative way. As their choir conductor, he is able to help foster self-confidence which, in turn, strengthens the larger choir.

Through this experience, Boutda says there is collaboration and knowledge exchange. COVID-19 enhances the need for greater knowledge and resource sharing, including that of musical documentation, hymn recordings, choir anthems and liturgies. Church leaders and musicians are continuing to devise how to mend distances between congregational members. The collaborative exchanges allow communities to share their burdens during a time of uncertainty. Over the past year, Boutda increasingly found himself participating in panel discussions, webinars and workshops, to contribute to the expanding changes in churches and communities.

Boutda says the collective works with a psychotherapist to understand the impact of choir participation on an individual’s mental health. He has witnessed the need to disengage from the screen by inviting people to sing alongside pre-recorded tracks. Choir members are active within their own homes while knowing they are contributing meaningfully to a collective project.

Another aspect of featuring different voices is his investment in anti-racism efforts as part of worship. Boutda asks: How can the church approach worship and music through a lens of anti-racism? By “intentionally lifting and bringing in voices and sharing leadership, by figuring out ways to share their stories and the context of how these songs have come about,” he says. He adds that it is important that the songs’ traditions are honoured and known. “Thinking about the music we sing, chorally, congregationally, the text brings meaning to faith and perspective,” he says.

Boutda experiments with music, drawing his inspiration from the psalms to express joy and laments, especially during the time of pandemic. He says that singing “songs of lament has become a prayerful act in the community,” as a reminder that God hears people’s voices as a collective of distinct soloists.

He continues to conduct choirs and music with many in the community. What gives him the energy is the surprise element of these efforts. “We don’t know what it is going to sound like in the end,” he says. “We take it for granted, the immediacy of hearing our voices in person and to be suspended, waiting until we are all done. In the end, this is what we truly sound like.”

Worship, as Boutda points out, is like a prayer that is collectively sung and resonates through a community. Similar to what happens in Taizé communities, worship calls people to dwell deeply in the presence of Christ all around them, to constantly find ways to engage. “Whether people are singing or not, it is still community,” he says. 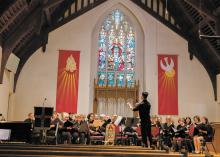 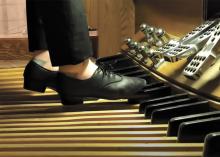