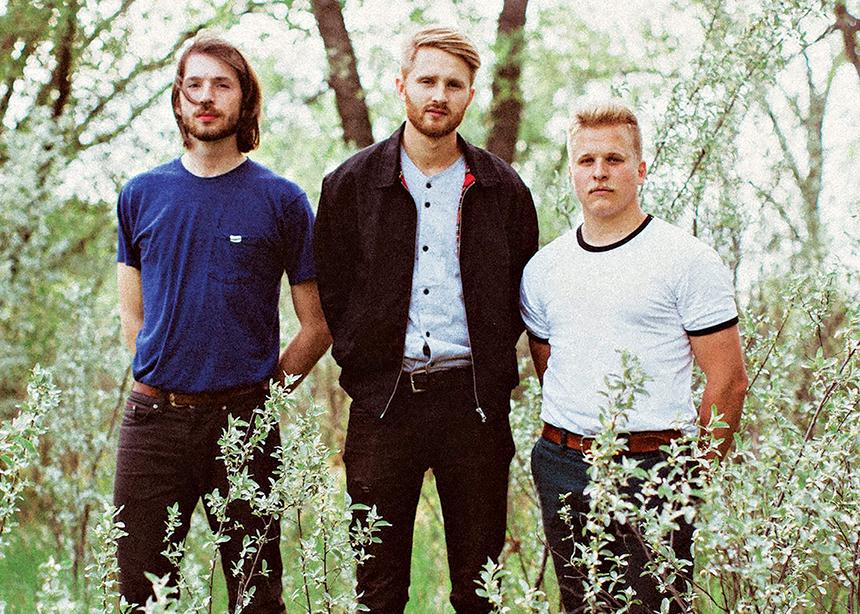 2017 was a big year for Matthew Kopperud. The 25-year-old guitarist toured across North America and Europe with his band Close Talker in support of its most recent album, Lens.

One particular show in the Netherlands saw the group, which is rounded out by singer-guitarist Will Quiring and drummer Chris Morien, play in between two acclaimed rock bands from the U.S. with big followings: “Clap Your Hands Say Yeah” and “Portugal. The Man” (whose band name includes the period).

Not bad for Close Talker’s first time in Amsterdam.

“Every time you tap a new market, you’re not sure how it’s going to be,” Kopperud says by phone from his home in Saskatoon. “There were a couple thousand people there, though. Everyone [in the band] was stoked and happy, and when we’re stoked and happy, we play that much harder and better, so the stars aligned.”

Close Talker released Lens last April on Nevado Records. The band recorded the majority of the 10-song album with Royal Canoe lead singer Matt Peters serving as engineer and co-producer. Marcus Paquin, known for his work with Arcade Fire and the National, mixed eight of the songs.

In his review of the album, NPR music critic Stephen Thompson noted that Lens “most frequently focusses on love and connection frustrated by the walls people place around themselves. . . . Close Talker’s members are clearly fascinated with the way people push each other away, but their music never stops inviting you further and further in.”

Although he’s currently focussed on his music career, Kopperud spent a few years after high school exploring and deepening his Christian faith at two institutions supported by the Mennonite church. First, he enrolled in Canadian Mennonite University’s Outtatown Discipleship School, and then he moved on to biblical studies at Columbia Bible College in Abbotsford, B.C.

“It’s the greatest investment you can make,” he says of taking time to study the Bible at the post-secondary level. “Learning simple hermeneutics, how to read your Bible well, how to listen to God—these are gifts that keep on giving.”

Kopperud grew up the youngest of four children. His mother was a homemaker. His father operated a number of taekwondo schools and is now a pastor.

“That was kind of what we did in our family: take piano lessons, go to tae-kwondo and go to Sunday school,” says Kopperud, who attends Rock of Ages Lutheran Brethren Church. “I had a pretty phenomenal childhood and deeply convicted Christian parents who made sure us kids knew Jesus personally.”

Participating in Outtatown and studying at Columbia was a chance for Kopperud to take the things his parents taught him about faith and make them his own. “As I was gaining independence, really I was just learning how to be more dependent and more humble, and [gaining] a heightened awareness of my need for Christ,” he says.

While he enjoys leading worship at Rock of Ages, where he used to work as the youth pastor, he feels called to write and make music outside the church. “We’re not a Christian band,” he says of Close Talker, “but . . . I’m not shy about my faith. I don’t preach from the stage or anything, but if someone wants to chat with me, it hopefully shouldn’t take too long for them to clue in that I’m aware of my sin and my need for a Saviour.”

He adds that, while he isn’t shy about his faith, he also isn’t trying to lead people through the Sinner’s Prayer every night. “I just want people to feel safe and understood, and know that you can be a deeply convicted Christian and it doesn’t have to be this wacky thing that they’ve heard about and read about [in the news],” he says.

He encourages everyone, regardless of where they are in life, to think about how they might share their faith. “No matter what their context, or however menial or secular their day job can look, there’s room for wearing your faith on your sleeve and proclaiming God in subtle or bold ways.”

Kopperud and his bandmates are hoping to build on their accomplishments in the coming year. They have shows booked from Regina to Hamilton, Ont., later this month, and they have begun working on their next album.

“Writing music with my two best friends is pretty special, and we feel pretty privileged that we get to do that,” Kopperud says. “We’re thankful when people take note and care.”

“I Am Called: Matthew’s Story,” a two-minute video about Matthew Kopperud that Columbia Bible College produced in 2014: https://www.youtube.com/watch?v=mrkEOJgeV9o 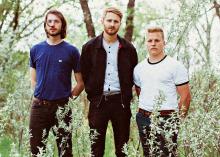 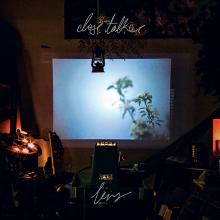 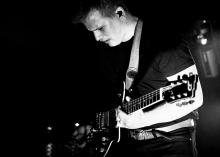 ‘It’s the greatest investment you can make,’ Matthew Kopperud says of going to Bible school. (Photo courtesy of Close Talker)