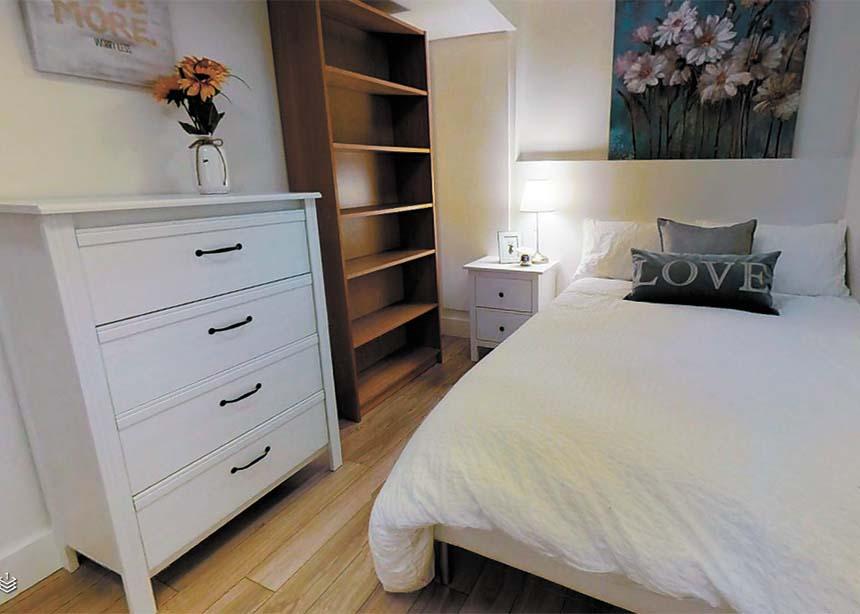 Since opening in 2016, Aurora House has provided housing for trafficked women and their children, even through the COVID-19 pandemic. (aurorahouse.ca photo)

Recent news about human trafficking in Canada continues to alarm many social service agencies and providers working with immigrants and refugees.

According to the Canadian Centre to End Human Trafficking, 90 percent of victims or survivors are women and girls. In this manner, it is reported that sex trafficking is a gender-based crime. Given this ever-growing concern, women and girls are needing an array of support, including shelter, legal and essential services, to navigate the structural inequities they have endured and continue to experience.

In Toronto, this gap is addressed by Aurora House, a Toronto-based organization. As a project initiated by Toronto United Mennonite Church in 2016, Aurora House was born from the intention of serving people who are displaced and vulnerable.

Today, Aurora House is connected to a variety of partners, who bring together expertise in meeting the complex needs of victims and survivors of human trafficking. A key partner is the Mennonite New Life Centre of Toronto, which has committed to the vision of supporting long-term transitional housing at Aurora House. The centre is a settlement agency serving newcomers by supporting their integration into Toronto by offering counselling, trauma support and case-management services. These services are made accessible to Aurora House residents.

The success of Aurora House is also made possible by Kindred Credit Union. As one of Aurora House’s major donors, Kindred’s contributions have supported the healing and recovery of this vulnerable population by mitigating costs of everyday needs, such as groceries, counselling, transportation and rent.

Shankari Balendra, Aurora House’s program coordinator, has been bringing her experiences as an immigrant to Canada in 2003 to her work with newcomers for the last 13 years. For the past two years, she has been working with survivors of human trafficking.

She says that clients arriving at Aurora House are often in second-stage housing, which often means they have experienced the emergency-shelter system and are now presently ready to bring their life together. She frames Aurora House as a “stepping stone” for women and their children. She emphasizes that there is much healing even in the aftermath of escaping trafficking due to persistent traumas.

Close personal networks, friends and family are among the most effective allies when combatting human trafficking. However, Balendra notes that family members can also be the perpetrators of human trafficking, which results in the severance of family ties.

A former resident describes her family’s betrayal as “abandonment, rejection, and emotional and physical abuse.”

“Girls who are trafficked often miss out on educational opportunities,” Balendra says, so Aurora House navigates this situation by providing skills workshops that invite them to share their personal goals and to reimagine a future they thought was impossible. “Young girls and women are given the opportunity to learn and develop skills,” she says.

A former resident says that the housing-support workers and case managers at Aurora House are both incredibly brave and loving women. “To a girl who feels hopeless, to have a bunch of strangers take me in and show me unconditional love, is the most incredible feeling in the world,” she says.

Currently, COVID-19 has complicated the landscape of supporting this population.

Balendra says that in a recent report by the Canadian Centre to End Human Trafficking, approximately one in five service providers indicated they were no longer able to offer any or all of their services during the pandemic from April to May of last year. This grossly limited the options and opportunities for trafficking victims to escape their abusive situation, and many were left captive. Yet, Aurora House kept its doors open by offering housing, and legal and mental-health support. However, the closing of emergency shelters meant that Aurora House received limited referrals.

In the face of adversity, Balendra recalls the growth of three residents who arrived during the pandemic and were reluctant to connect with her due to their trauma. Following months of support, all three women have found permanent housing; two are no longer on social assistance and the other is enrolled in administrative training. “That’s the shift. Those are memorable moments,” she says.

A former resident sums up the power of Aurora House’s community care: “I am not a victim, but I am victorious.”

This article appears in the Dec. 6, 2021 print issue, with the headline “Victim to victorious.” 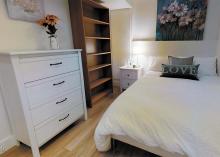 Since opening in 2016, Aurora House has provided housing for trafficked women and their children, even through the COVID-19 pandemic. (aurorahouse.ca photo)