Any price for victory 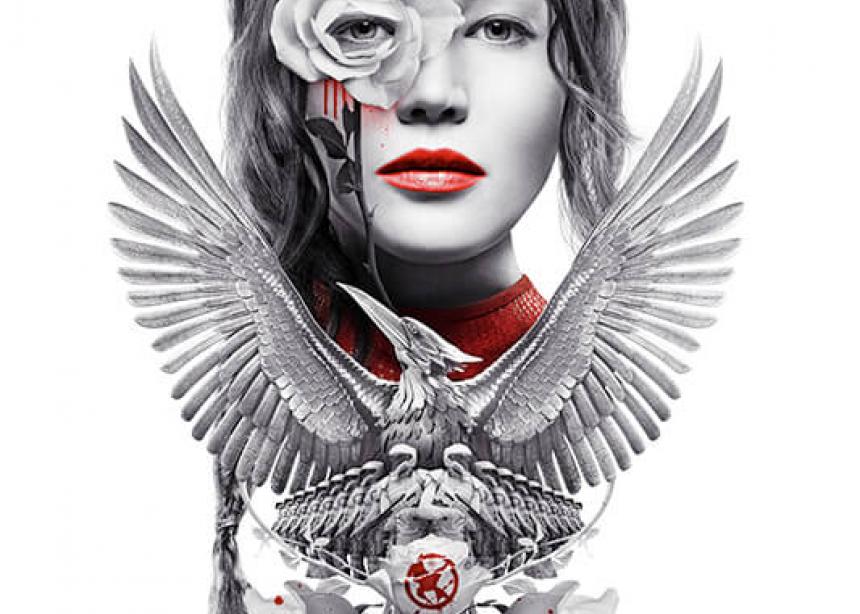 Early in the fourth and final installment of the Hunger Games film cycle, Katniss (Jennifer Lawrence), the rebel heroine, is having an argument with her close friend, Gale (Liam Hemsworth), about a planned rebel military action. Katniss is concerned that innocent civilians will be killed. Gale responds with, “No one who supports the Capitol is innocent,” to which Katniss replies, “With that kind of thinking, you can kill anyone you want!”

This fascinating conversation ultimately asks whether the ends justify the means, a theme found throughout the film. Is it not better to kill a few—even civilians—if it results in the saving of the many? The positive answer to this question is a component of the myth of redemptive violence, which asserts that violence can produce redemptive results. My own view is that Jesus would see an intrinsic relationship between means and ends that prevents any good end ever being accomplished through violent means.

Mockingjay (Pt. 2) features the same solid acting, cinematography and score as the previous films. But its story, a casualty of dividing the final book of the trilogy into two films, is much more limited, focussing almost entirely on the rebel attack against the Capitol. Even within this limitation, we see little of what happens outside of the narrow story of Katniss and her friends, who are trying to survive the traps designed to prevent them from reaching President Snow’s mansion at the heart of the city. During this quest, there is a subplot about the relationship between Katniss and her former lover, Peeta (Josh Hutcherson), who has been brainwashed by Snow and released so he can kill Katniss. For me, the action was all rather boring and predictable.

The plot twists that end the film are likewise predictable, although here we return to the intriguing theme of means and ends. At one point, there is the clear message that violent means are not always justified and are likely to corrupt the ends, however good those ends might first have appeared. But then, just minutes later, there is a similarly clear message that lethal means are sometimes required to achieve the best result, giving us a very disappointing ending to the Hunger Games saga.

In my review of Mockingjay (Pt. 1) (“Join the fight,” Jan. 5, page 31), I noted my hope that the final film might resolve the question of the third film’s apparently sympathetic support for violent revolution, especially the violent revolution of the poor and oppressed against the wealthy oppressors. Pt. 2 does make that support more ambiguous, suggesting that the rebels were not simply the “good guys.” Ultimately, however, the film promotes the idea that once we have identified the true source of any evil, we are justified to use whatever means are necessary to eradicate it.

The first two Hunger Games films could be seen as allegories that criticized the way our wealthy nations exploit the poor and the way violence is so often used as entertainment. The final two films move away from that thoughtful beginning, providing lots of PG violence to entertain our young people while encouraging them to identify with Katniss, who may suffer psychological trauma as a result of her violent actions, but does what is necessary to make the world a better place.

The Hunger Games films, and other recent dystopian films aimed at young adults, point to the uniqueness of their protagonists and the laudable desires they have to use their special qualities to confront injustice and oppression, to step out of a society that rewards conformity, to prophetically alert people to what’s really going on, and to help make the world a better place. It’s a worthy ideal. But I’m still longing for the day in which I can wholeheartedly recommend a young-adult dystopian film.

See Vic Thiessen’s reviews of the others in this series: