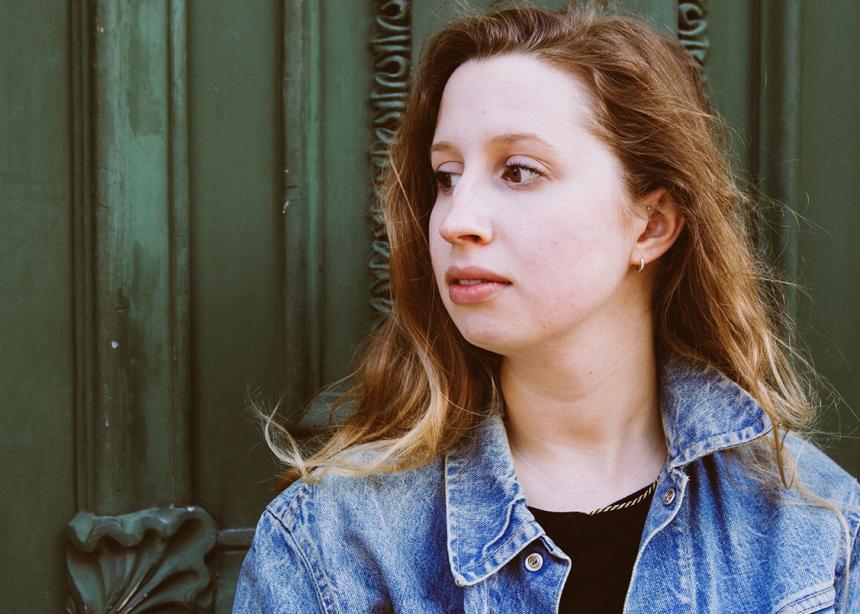 Anna Wiebe began playing the guitar when she was 10. She wrote her first song five years later. (Photo by Vanessa Tignanelli)

The 24-year-old folk-pop songstress based in Guelph, Ont., partially attributes growing up in the Mennonite church for the way the album sounds.

“The Mennonite church is known for its . . . fantastic singing, and especially my experience of that at Silver Lake [a Mennonite camp near Sauble Beach, Ont.] really influenced my music,” Wiebe says. “You might be able to hear on certain tracks the chorus of vocals I was going for. . . . I love those harmonies and that depth, and that’s definitely from my growing up as a Mennonite.”

Wiebe has written and performed with a variety of different people ever since she was 17, including electronic artists Swim Good and LUM, a contemporary soul band called Only Sundays, and First Rate People, a Toronto-based indie rock collective. She has also collaborated with her friend Anna Horvath in the folk duo Kildear.

New Behaviour is Wiebe’s first full-length solo effort following two EPs, Full of the Light from 2013, and On Time, which she released in May. The latest recording came out at the beginning of November. Uproxx.com describes New Behaviour as “a honeyed collection of off-kilter folk songs.” Some of the 10 songs date back to 2010, but Wiebe wrote many of them last year.

“I had sort of a surge of songwriting happening in 2015, and that’s when I decided I could fit all of these into one project and that they all would work together,” Wiebe says, attributing the songwriting surge to “life and relationship transitions.”

“I’m very much a when-inspiration-strikes type of songwriter,” she adds. “The best songs happen when I sit down and it just flows out. Usually it’s a complete package. Within a day, it’s finished.”

Wiebe recruited Daniel Kruger, a friend she made while studying at Rockway Mennonite Collegiate in Kitchener, Ont., to record and produce the album. She also enlisted the help of a handful of friends to provide additional instrumentation and background vocals. They recorded the album during three weekend sessions at Dull Sword Studios, Kruger’s home studio in Montreal.

“Dan has always been one of those musicians that I’ve looked up to, [but have] never actually worked with him,” Wiebe says. “I knew that he had the know-how and the skills, and he understood my vision.”

That vision, Wiebe says, was to create a warm-sounding album. “I wanted it to be something for the fall,” she says. “I don’t know if I realized that really right away, but it sort of developed like that. I think a lot of my songs feel like autumn.”

Wiebe counts Sufjan Stevens, Sarah Harmer, Feist and Joni Mitchell as influences, which makes sense when listening to New Behaviour. There’s an emphasis on Wiebe’s voice and guitar throughout.

Lyrically, the album is about growing up. That’s best exemplified in the title track, which explores taking on new behaviours after a major life change.

“The title of the new album is the main message that I want out there,” Wiebe says. “It’s [about] a time of transition, and figuring out all of these different pieces in my life and putting them together.”

Wiebe explores faith most explicitly on “Artist,” the album’s first song, when she sings, “Praying to a God that I’ve forgotten / Comfort me, Jesus, give me something to believe in / ‘Cause I’ve climbed and climbed through this rabbit hole.”

Born and raised in New Hamburg, Ont., music has always been a big part of Wiebe’s life. Her father John is a semi-retired guitar teacher and she picked up the instrument herself when she was 10. Five years later, she began writing songs. “Ever since then, I’ve always done [music] for fun,” she says.

Wiebe graduated this past spring from the University of Guelph with a degree double majoring in studio art and psychology. She aspires to have a career in social work, but will always keep making music for fun.

“I couldn’t not play music,” she says. “It’s something that’s really important to me. My hope for the album is that there’s a few new people that hear it and enjoy it, and that’s about all. That’s all I can hope for.”

Anna Wiebe began playing the guitar when she was 10. She wrote her first song five years later. (Photo by Vanessa Tignanelli) 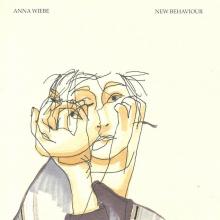 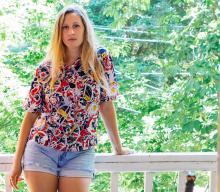 ‘My hope for the album is that there’s a few new people that hear it and enjoy it,’ Anna Wiebe says. (Photo by Vanessa Tignanelli)