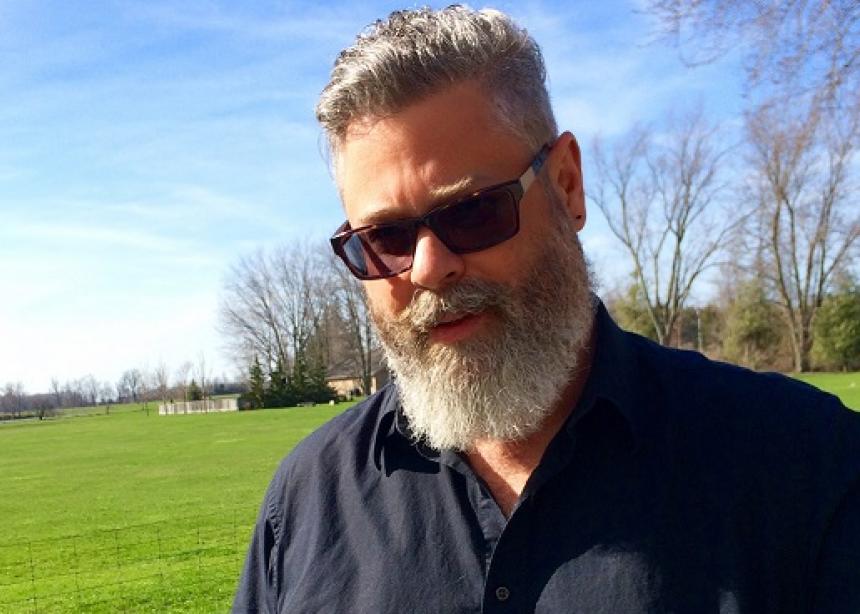 It seems the majority of political, social and religious discourse today consists of knee-jerk reactions to the perceived agendas, biases, foolishness and dangerous “isms” of the “other.” This rampant reactivity makes constructive dialogue impossible. To make things worse, we all assume the log is in everybody else’s eye and the tiny speck is in our own. I’m no exception.

Last year, God enabled me to see how often and how much I react. So much so, that I’ve made my personal growth focus for 2018 the quest to find freedom from the reactive patterns in my life. My goal is to learn to respond instead of react. What’s the difference? I’m not sure how technically correct my distinction is, but it’s been helpful for me.

A response comes from within. It’s a free choice. This ability to choose freely is like a muscle we must develop. It’s what ultimately makes us responsible. “Response-ability” is the ability to respond in appropriate and constructive ways in any situation.

Reactions are externally triggered. To react means to “act again,” to instinctively re-enact the past. Like a chemical reaction, certain ingredients come together under certain conditions and “blammo”: a pre-programmed reaction occurs. Reactions are not choices, they are automatic processes that occur in us, often feeling out of our control.

Our reactive patterns bring harm to ourselves, to others and to our witness as people of faith. Even when we’re aware of this, reactivity is a hard habit to break. Thankfully, I’ve recently come across a helpful technique I call “activating my core.”

My exercise coach repeatedly stresses how important it is to “activate my core” while exercising and doing resistance training. If you don’t activate your core, you’re vulnerable to injury. The same applies to spiritual training (discipleship). When I don’t activate my spiritual core (my connection with Divine Spirit), I’m prone to hurting myself or others by reacting. What I’ve recently discovered is my physical core and spiritual core are inter-connected. I must activate them both to fully develop my “response-ability” muscle.

A few months ago, I met with someone who was pushing all my reactivity buttons. I felt my fight-or-flight instinct kicking in, which typically leans towards the fight end of the spectrum. Instead of reacting, I paused and prayed. As I turned my attention to God’s presence, I remembered to activate my core. I contracted my core muscles, breathed deeply and shifted my consciousness away from my thoughts, and focussed on my body’s awareness of Divine Spirit’s presence within me. The impact was nothing short of miraculous.

I instantly felt God’s love for this man. I smiled from a place of genuine compassion and . . . I said nothing. Not one word. I didn’t defend, debate or engage. None of his inflammatory comments hooked me, nor did I deflect his statements with half-hearted comments to placate him. I responded with silence—not in a dismissive or passive-aggressive way—but from a place grounded in God’s love.

It was more powerful than I could have imagined. It felt like holy ground as I observed the energy of his rant run out of steam because my response was not providing any fuel to keep the fire burning.

Eventually, he mentioned an offhand comment about an interesting experience he’d had a few weeks ago. I discerned the experience was a “God moment,” and knew it was time for me to speak. I simply asked him to say more about it, and his entire countenance, posture and energy transformed as he began sharing.

The meeting ended as positively as it could have, with me praying for his well-being and him letting me do that. I can’t say what happened to him as a result, but something powerful shifted within me. I now realized silence—grounded in God’s loving presence—was a response I could freely choose by activating my physical and spiritual core. This was a significant breakthrough in my quest to be liberated from reactivity.

One final thought on “activating my core.” The original meaning of “respond” is “to pledge again.” Every time reactivity awakens in me, I try “to pledge again” my allegiance to the Spirit of Christ. I don’t mean pledging allegiance to a doctrine or belief system about Jesus, but to a living presence I can sense with my physical body. In my core. This physical awareness is key to activating my core.

For anyone looking to become less reactive, I’d encourage you to give it a try.