‘We all need counsellors’

Saskatchewan psychologist reflects on her experience as a mental health practitioner 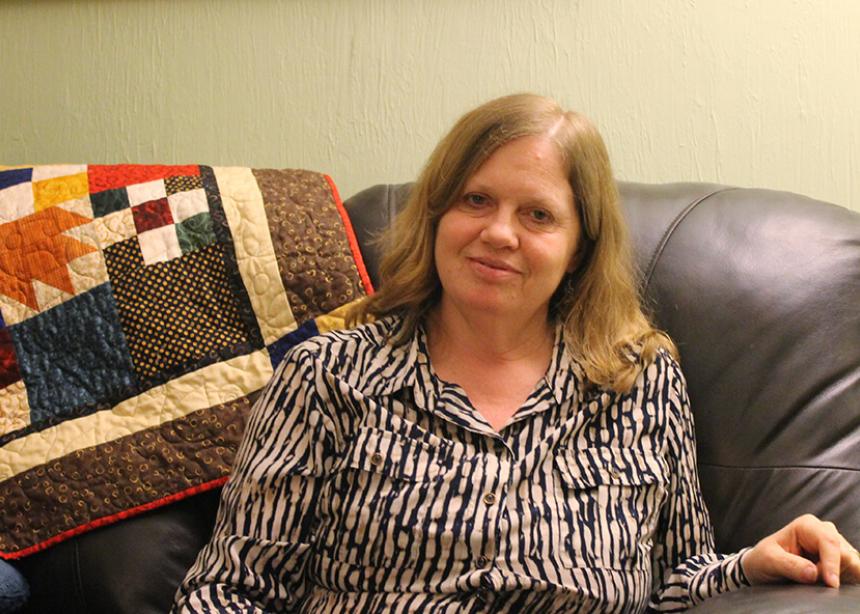 Theresa Driediger has been a counsellor for almost 30 years. “I think it’s a calling, or I wouldn’t still be doing it,” she says.

Driediger completed an undergraduate theology degree at Canadian Bible College in Regina, Sask., then earned a master of arts degree in marital studies and counselling at St. Paul’s University in Ottawa. Her first job was at a women’s shelter in La Ronge, Sask. She also worked at an outpatient addictions treatment centre and as a counsellor-trainer. Although she had more education than many of her colleagues, Driediger soon learned that, because she wasn’t a psychologist, she couldn’t be hired in certain areas. So she moved to Edmonton to become a registered psychologist. “I still think of myself as a counsellor,” she says. “Psychologist is just a title.”

For many years she worked as a mental health therapist in first nation communities in northern Alberta and Saskatchewan. Both the federal government and the first nations themselves are “very cautious about who can work with first nations,” she says. “They want to know that people get them and have spent enough time to understand the cultural issues, racism, addiction, family violence, residential school issues.” One of the challenges she encountered was communicating with clients whose first language is not English. “There’s so much you miss if you don’t have their language,” she says.

Currently, Driediger has a private practice in Saskatoon and Rosthern. “I’d be happy to work in the public system if I was paid sufficiently and could manage my workload,” she says. The public mental health system is severely underfunded, she adds, and it’s difficult for people to access counsellors. Physicians may refer them, but it can take a long time for them to see a counsellor. When they do get in, they may be given only six or eight sessions—not enough to establish a trusting relationship.

Many of Driediger’s clients have suffered trauma of some kind or other. Whether it’s physical trauma resulting from surgery or a car accident, or developmental trauma stemming from abuse or neglect, such experiences affect the individual’s central nervous system. Driediger likens the nervous system to a coffee cup. With each traumatic experience the cup becomes fuller. While one individual may be able to discharge the trauma and carry on with life, another may just keep accumulating trauma. “When I’m working with people who have been severely traumatized, I know their cups are very full,” she says. “It’s easiest to work with car accidents or dental surgeries, things that they’ve survived. If I can help them discharge some of the trauma from these things, that gives them room in their cup.” Once they have room, they can begin to tackle the more difficult relational trauma.

Driediger sees the counsellor-client relationship as an attachment. For many clients, relational trauma has damaged their ability to trust others. Once they feel safe in her presence, a bond forms, and that bond becomes a model from which they can begin to develop other healthy attachments. “Once the attachment is there, it’s easier to try something new when someone is supporting you,” she says. “People are willing to try risky things because I’ve suggested it.”

Driediger laments the stigma surrounding mental illness. “We all need counsellors,” she says. This is especially true for emergency personnel: police officers, ambulance attendants, emergency room nurses. “If you witness trauma, you take it in. No one’s tough enough to not take it in,” she says. “When it starts to be in their dreams, keeps them from sleeping, they should get help and then they could probably continue.”

While she may not advertise herself as a Christian counsellor, Driediger feels hers is a faith-based practice. “I often pray for my clients, particularly when I’m up against the wall and don’t know how to help them,” she says. “Whether they’re praying to a god or not, I am, because I need wisdom.”

Her work with first nation clients taught her that talking about faith and spirituality is an important aspect of healing. “They always talk about spiritual things,” she says. Now, with many years of experience, Driediger doesn’t shy away from talking about spiritual matters with any of her clients. “I will ask them where they find their hope, what are their spiritual beliefs. I’m just very open about that,” she says.

Driediger would like people to be more open to talking about mental illness, “particularly because I think suicide haunts us,” she says. “We all need to know more and be more willing to talk about the hidden things in our minds.” The church, she adds, “has not been great at dealing with depression.” She would like to see churches offer workshops and basic education on mental health. “People shouldn’t have to be so alone in their mental illness,” she says.

See more in the Focus on Mental Health series:
Guard your heart and mind
A living death
One way your church can stop hiding mental illness
Mental health awareness incorporates art and poetry
Depression resurrection
Helping to prevent suicide
Leaders being equipped to build up the church
‘There is love in this room’
‘I am still holding out hope that I will be free of this one day’
Six steps for better self-care