‘Without justice there is no reconciliation’ 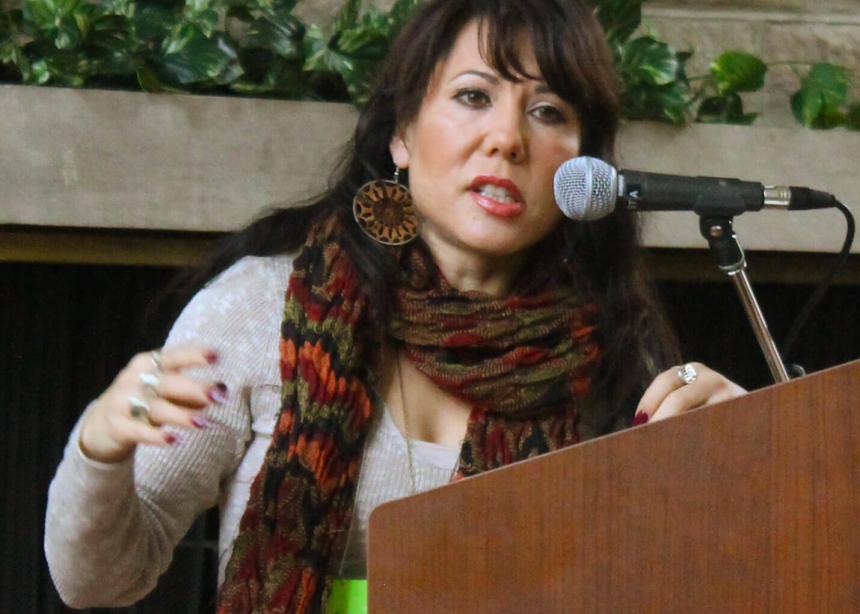 Since Canada’s Truth and Reconciliation Commission (TRC) issued its final report in 2015, denominations and congregations across the country have wrestled with how to respond in authentic and appropriate ways. One such response was an ecumenical conference held recently at St. Andrew’s College in Saskatoon.

Elaine Enns and Ched Myers of Bartimaeus Cooperative Ministries in Oak View, Calif., initiated the gathering to provide opportunity for both indigenous and settler participants to learn about the TRC’s 96 Calls to Action and explore ways of putting them into practice in their various contexts.

Mark MacDonald, the national Anglican indigenous bishop of Canada, spoke on decolonizing Christianity, and called people to read the Bible with indigenous people.

Sylvia McAdams, founder of the Idle No More movement, gave a presentation that “was an honest appraisal of how the federal government doesn’t acknowledge the rights of indigenous people,” said Steve Heinrichs, MC Canada’s director of indigenous relations. He added that her words were difficult for many to hear.

Leah Gazan, a member of the Wood Mountain Lakota Nation and coordinator of special projects at the University of Winnipeg, addressed the UN Declaration on the Rights of Indigenous Peoples, and urged participants to press the Canadian government to adopt and implement it. “Reconciliation can only be achieved if there is recognition of fundamental indigenous human rights,” she said.

Gazan went on to say that many settler people experience a cognitive dissonance when it comes to injustice: “When you are privileged, you can choose what you want to see and what you don’t want to see. It’s time for us to really see our privilege and risk giving some of it up so that we don’t have ‘haves’ and ‘have-nots.’ ”

Adrian Jacobs is keeper of the circle at the Sandy-Saulteaux Spiritual Centre in Beausejour, Man. He spoke about the need for Christians to respect indigenous nationhood. “Every Christian denomination requires the indigenous to assimilate to their way of doing things,” he said. “Sharing the gospel is a gift. Because it is a gift, there’s no strings attached. That means you don’t impose your manual on us. We are people who can follow Jesus just like anyone else. Each nation will figure it out. It will be our decision—a nation approach­—kind of like a treaty.”

Eileen Klassen Hamm, MCC Saskatchewan’s executive director, said the conference theme fostered a sense of urgency: “What are we going to do that demonstrates a commitment to reconciliation? We like the idea of reconciliation, but the indigenous want to talk about water, housing and resource extraction.”

Heinrichs also noted the same feeling. “There was a repeated refrain: ‘We’re tired of good words; there needs to be some action,’ ” he said, quickly adding that he didn’t think the refrain was directed at those new to the discussion, but rather “at people like myself who’ve been working with indige-nous people for a long time.”

“For some, the content was a shock,” Heinrichs said. “That we are living in a colonial present, not just a colonial past, was difficult for some to grapple with.” He said one participant confessed to him that she felt so overwhelmed that she wanted to pack her bags and go home. “We’re supposed to nourish and encourage people in these paths,” he said. “How [do we] care for people who are new to the conversation?”

Klassen Hamm pondered what the next steps might be. “There is a wealth of opportunity before us to create more just communities, opportunities for children and youth,” she said, wondering, though, “What do we want for the next generation? I have to look at it that way. I can’t just look at the pain. When we look at what we want for our children and grandchildren, we have the skills we can offer to that reality.”

For more on this topic, visit canadianmennonite.org/stories/facing-history-courage. 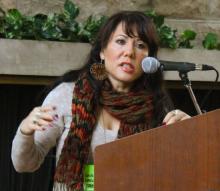