‘Whatever you want, God’

Doug Snyder answered the call for more than five decades 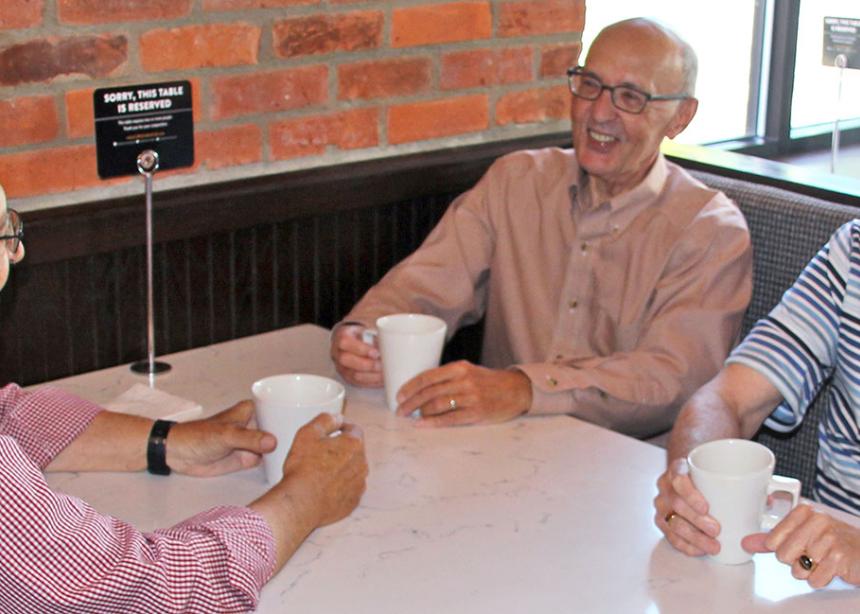 Born in 1941, Snyder remembers going forward at a Brunk tent meeting in 1952 and being baptized that year at Erb Street Mennonite Church in Waterloo by his pastor, Bishop J. B. Martin, who was also principal of the Ontario Mennonite Bible School and Institute held each winter in Kitchener, Ont. Throughout his life, Doug has held Martin as a “model of ministry.”

Eight years later, Doug and his twin Don were asked to sing in a choir for a Billy Graham meeting held at St. Andrew’s Presbyterian Church in Kitchener. At the end of the evening, Graham offered a second altar call for those who would answer the need for pastors and missionaries. Doug responded, expecting that he, too, would be bi-vocational in such work, like Martin.

While in his last year at Rockway Mennonite Collegiate in Kitchener, Principal Ross Bender asked Doug, “Are you considering going into the ministry?” This was something leaders did often in those days and something Snyder did in his years of pastoral work.

The Snyder family owned Maple Lane Dairy, and his dad Etril let him know that “there is a place here for you if you want it.” But Doug chose Goshen (Ind.) College, where he studied sociology and the Bible for three years, taking H.S. Bender’s last Anabaptist history course during that time. While there, his father came for a visit because, Doug said, “he had something to talk to me about.” Etril told his son that the Erb Street congregation wanted him to work alongside Martin. A year later Martin retired and Doug finished teachers college in Stratford, Ont.

In 1964, another call took Doug and his new wife Doreen Bender to Moose Factory on the shore of James Bay in Northern Ontario. Because he had a university degree, he was made vice-principal of the local school. He also led a Bible study that included the resident Anglican priest and resident Roman Catholic brother.

Ecumenism, which became a theme for his whole ministry, coloured his report to the Mission Board of the Mennonite Conference of Ontario and Quebec. When asked if the Mission Board should begin a work in Moose Factory, he replied negatively, noting that there was enough Christian work there already, and another denomination would make it even more confusing for the locals.

After two years in the North, he answered a call to join Alvin Roth in the London (Ont.) Mission, working with addicts, street people and low-income residents. After only a year, Aaron Klassen, a member of the Mennonite Central Committee Ontario board called with an invitation to serve as executive director, a position he would hold for eight years. Roth released Doug, saying, “Go, so long as you heed the call to the least and the lost.”

In 1976, Frank Epp of Conrad Grebel College in Waterloo called Doug to join the college in community development and helping establish adult education. The task was mostly done in 1979, when Doug’s  brother, artist Peter Etril Snyder, requested that he manage his growing business of selling art originals and prints.

Doreen died in 1998, and 15 months later Doug married Dorene Witmer-Rudy. They had just begun church shopping in Kitchener-Waterloo when St. Agatha Mennonite Church, west of Waterloo, called. The congregation was small then, and still is 15 years later. But it now has a strong cadre of lay leaders willing to lead worship, singing and various areas of worship. Doug attributes this to the “Life Lines” portion of worship he instituted there, during which time congregants are invited to share from their lives what God was doing.

When asked what had remained the same through his many years of ministry, he noted that all he ever did was, “whatever you want, God.”

But there has been much change. When Martin retired, he told Doug, “By the time you are my age [65], you won’t know the Mennonite church.” And pastoral expectations have changed: more education is needed, and preachers preach less. Besides that are changes of which he approves: the rise of church councils, women in ministry and hospital chaplains.

He hopes that pastors will continue training congregants for both pastoral and lay leadership in the church. He believes that it is good for pastors to know that they can’t do everything, and that sometimes a task needs a different person in order to be successful. One of the things he taught and models is self-care, especially life-long learning and an interest in world events.

Otherwise, Doug says he will “take it easy,” and wait for the next call. Because “ministry has been a joy, not a burden.” 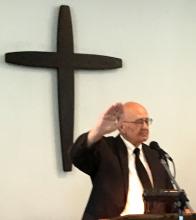 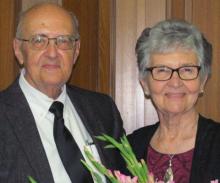