‘What if there is no precedent?’ 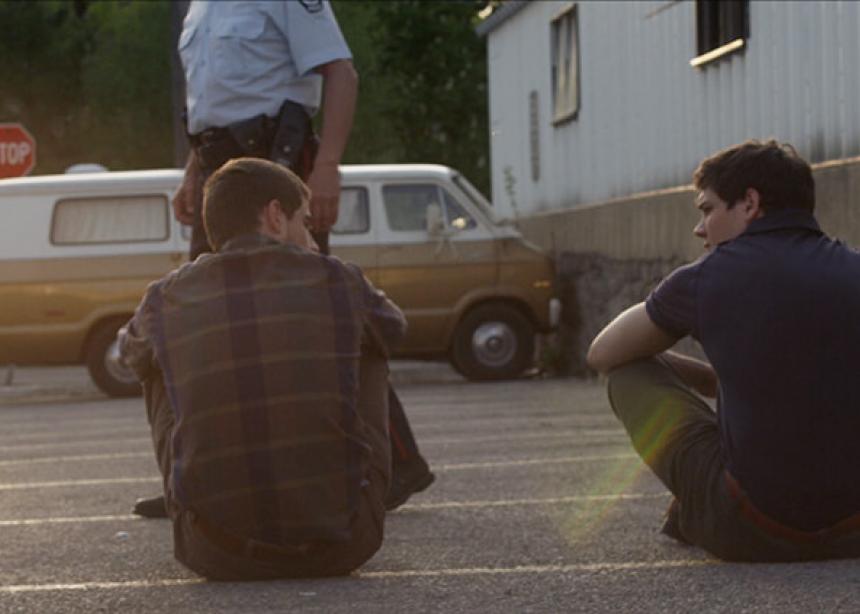 It wasn’t the premiere of The Elmira Case. That happened earlier at the Peace on Earth Film Festival in Chicago, which led to the film being shown in Mongolia. But on Nov. 19, 2015, the local premiere of a local story by a local institution and local film makers finally took place.

Jon Steckley, Ken Osagawara and Trevor Hunsberger of Rosco Films made the movie together with Community Justice Initiatives (CJI) about a case 41 years earlier involving two young men who had “raised a little hell” in the town of Elmira, just a few kilometres north of Waterloo, slashing tires, breaking windows and destroying yards.

It was after their arrest that parole officer Mark Yantzi sparked the interest of Judge Gordon McConnell in having victims and offenders meet for “therapeutic reasons.” “What if there is no [legal] precedent” of offenders and victims reconciling, he worried.

Russ Kelly, one of the offenders, sat next to two of the victims, Bill and Joyce Crane, at the Nov. 19 showing of the movie to around 400 people at Kitchener’s Apollo Theatre.

In the same row sat Bryan Larkin, chief of the Waterloo Region Police, who spoke as part of a panel discussion of how, as a young constable in Kitchener, he and a more seasoned officer had apprehended a high-school-aged shoplifter. While Larkin was going the whole way to interview and charge the young man, the other officer took him aside and told him that they would be giving the shoplifter another chance, seeing as this was his first offence. As chief now, he sees the idea of working things out between people as the way the police service works together, even among themselves, management and union members.

Yantzi, who could not be present for the screening, said, “Crime is a tear in the fabric of a community.” While it cannot be undone, it can be healed as people meet people. One of the victims said to Kelly and his partner in crime, “When you see me walking down the street, don’t you go off to the other side. We’re okay now.”

The movie had its beginnings as CJI was going to prepare a five-minute film for the 40th anniversary of the case, since it had spawned CJI’s own existence. But after many interviews and much footage was shot, it was decided to bring Rosco Films on board to prepare something professional. With re-enacted scenes, interviews and the surprise that Kelly, training to work in security, had ended up in a class taught by Julie Friesen from CJI, the 16-minute movie has become a tool to use in congregations in the restorative justice tradition.

Yantzi and McConnell’s four-decades-old gamble has led to more than 400 restorative justice organizations in more than 50 countries around the world.