‘What begins in God goes back to God’ 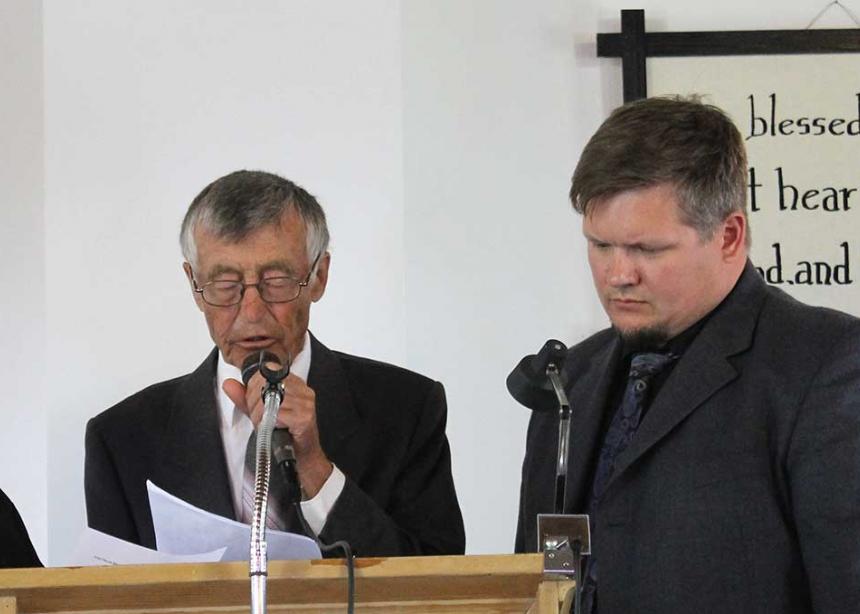 It had probably been a while since Horse Lake Mennonite Church welcomed so many worshippers. Filling every pew, they gathered to celebrate the life of this small country church and to grieve its closing.

In 1926, four Mennonite families arrived in the rural area north of Duck Lake, Sask.,  about 90 kilometres north of Saskatoon, with more families following during the 1930s. At first, these families worshipped and held Sunday school in their homes, with ministers from Tiefengrund and Laird Mennonite churches preaching every third Sunday. In 1941, they constructed a small, 50-square-metre church building.

Because of gas rationing during the Second World War, neighbouring ministers weren’t always available for pulpit supply, so the congregation elected readers to read sermons. In 1943, it chose John Reimer and Willy Jantzen to serve as lay ministers. These men were soon joined by Klaas Kroeker, an ordained minister who began an outreach ministry to isolated Mennonite families in the MacDowall area about 30 kilometres north. In 1955, the congregation elected Peter Dyck and Walter Jantzen, son of Willy, as ministers.

By 1958, the congregation had about 75 members, and the church building became too small. Tiefengrund Mennonite was building a new church and offered its old building to the Horse Lake church, which purchased it and moved it onto a site less than a kilometre north of the first church building.

Others who served the church during this time included Bill Zacharias and Frank Sawatzky. Eventually these ministers retired and left the community, leaving Walter Jantzen to shepherd the congregation alone.

In 1982, an interest in the charismatic movement led to division, and people on both sides of the issue left the church.

Walter Jantzen retired in 2005, and his son Bruce became the congregation’s pastor. But when Laird Mennonite invited Bruce to serve there in 2007, the elder Jantzen resumed pastoral duties once again.

In 2010, Eigenheim Mennonite began providing speakers on the first Sunday of each month. On the second Sunday, Horse Lake congregants made the trek to Eigenheim for worship. After three years, Eigenheim felt unable to continue with pulpit supply, but Horse Lake members continued to worship at Eigenheim once a month.

Bruce Jantzen reflected on his experience growing up in the congregation, and, in particular, what it was like to be the pastor’s son. “I never wanted to be a minister because I could see what it cost Mom and Dad to do this,” he said. “I accepted the call because Dad said I needed to. My parents saw gifts in me and said I should continue.”

He also acknowledged his mother’s influence on his father’s ministry. “Dad wouldn’t be up front if not for Mom pushing and encouraging him,” he said. To which the elder Jantzen replied, “Esther was not behind pushing, but running ahead pulling.”

Shelley Romanuk, the Jantzens’ granddaughter, told the congregation, “I learned participation in this church.” Her grandparents led by example, she said, with her grandfather leading worship and preaching, and her grandmother playing piano. But, she said, “We never knew when Grandpa would call us up to the front.”

Ryan Siemens, Mennonite Church Saskatchewan’s area church minister of congregational and pastoral relations, preached on John 14, acknowledging that the congregation may be experiencing feelings of lament and, perhaps, relief. He pointed out that Jesus’ ministry on earth was limited to first-century Galilee and Judea, and that after Jesus’ ascension the work was carried on by his followers. “Many of the cities the early Christians ministered in don’t even exist anymore,” he said. “This is just part of the ebb and flow of history.”

Siemens went on to say, “The seeds of faith get passed on, sometimes because of us and sometimes in spite of us.” Although the church—which was down to 20 members in the end, according to the MC Canada church directory—has closed, there will still be opportunities to serve Christ, he said, adding, “Don’t grieve without hope. Jesus is faithful.”

“What begins in God, goes back to God,” said Bruce Jantzen. “I learned to know that in this place.” 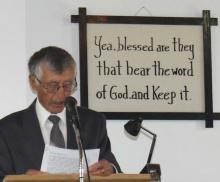 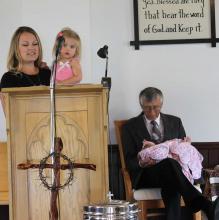 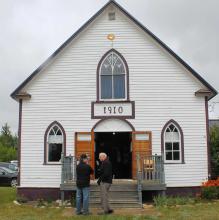