‘What’s that in your hand?’ 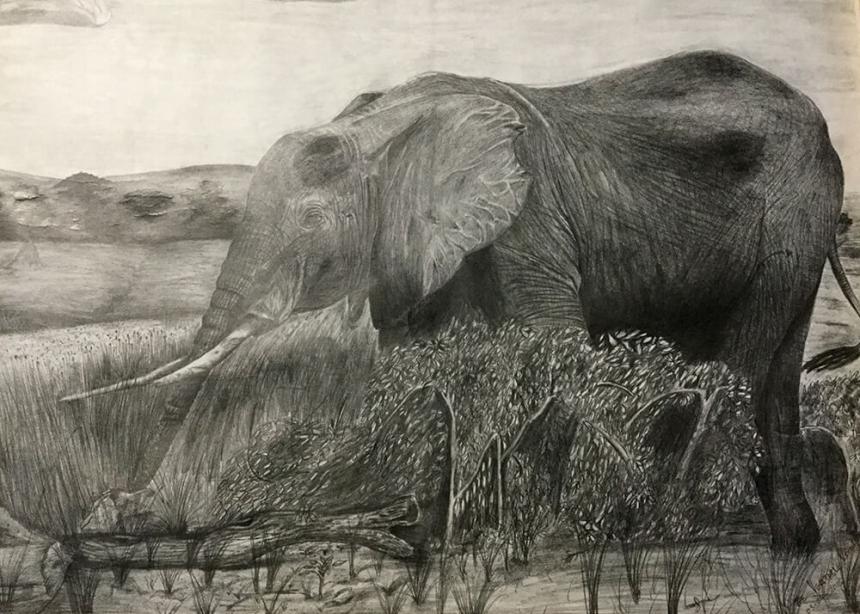 Thanks to a question from Tom Roes, Mennonites in Botswana are thinking creatively about launching small businesses to support their families and the local church.

As a short-term worker for Mennonite Church Canada, Roes is engaged with an income-generation ministry. He offers entrepreneurship training to help participants start small businesses, which he begins by asking them to examine the gifts they already have with a question drawn from Exodus 4:2: “What’s that in your hand?”

When Moses deflected God’s call to leadership by pointing to his personal lack of ability and resources, God asked Moses that question. Then God performed miraculous signs using the staff in Moses’ hand—and Moses’ hand itself. The story demonstrates that God behaves in ways we cannot expect or imagine, but also that God works through whatever resources are available to us.

In early 2015, Roes led a week-long training seminar in Gaborone, Botswana’s capital city, focussing on that question. Students came directly from daily routines of schooling, childcare and work to attend the study funded by MC Canada. They gathered in a local church and sat on plastic patio chairs crowded around metal folding tables. As Roes explored the ethics of Jesus that apply to starting a small business—from the basics of getting started to the minutiae of marketing and financial planning—they listened attentively and took notes.

When participants reviewed the resources God had already given them, a wide variety of business ideas emerged, from a nail salon, a driving school and a daycare centre to a computer store and a tuck shop.

Employment is hard to come by in Botswana, especially for ex-convicts. Because the struggle to survive often leads to repeated criminal behaviour and a return to prison, Roes brought the Exodus question to 20 inmates at First Offenders Prison near Gaborone. They learned how to draw upon their existing skills and resources upon their release from prison, including welding, carpentry, sewing and other abilities that were honed during incarceration.

On the last day of class, Tyrone (a pseudonym), one of the attending inmates, presented Roes with an intricate, almost photographic-like drawing of a bull elephant wandering through tall savannah grass, a familiar northern Botswana scene. When Tyrone was released from prison a few months later, he immediately started a small business that used quite literally what was in his hands: his gift for drawing. The artwork he creates now beautifies his community and generates a living that helps to support his family.

Roes says he was grateful to receive the gift of an elephant drawing from Tyrone’s hands. “My daughter asked me to bring home an elephant from Africa. She wasn’t disappointed.” 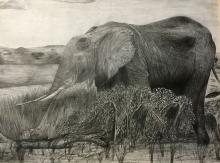 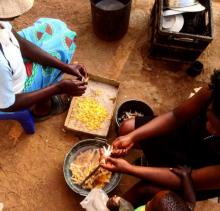