‘We need the peace theology’ 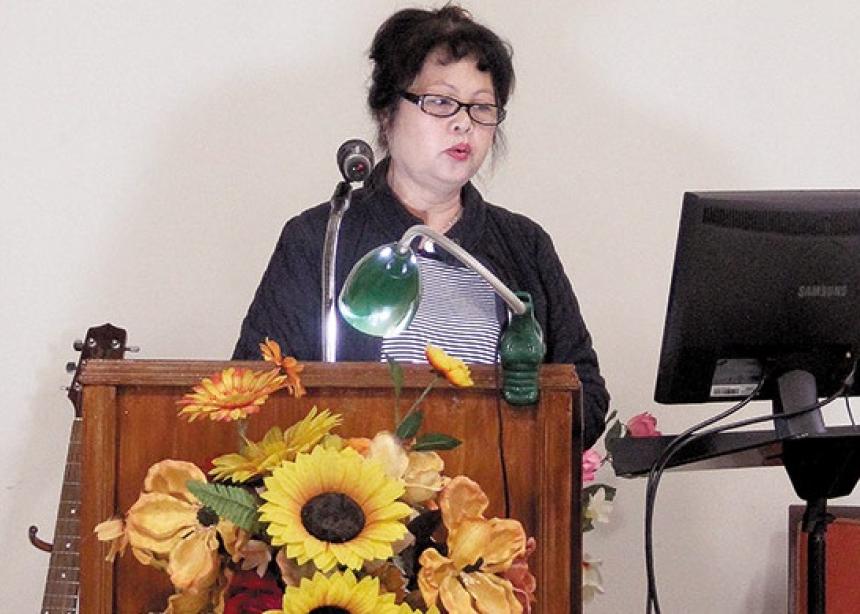 Chinda Kommala is a serious Mennonite Church Eastern Canada booster. From the beginning of the Lao Canadian Evangelical Mennonite Church’s life, he has been relating to the regional church and encouraging others to do the same. “We need the emphasis on peace theology,” he says, remembering the years of war back in Laos between various factions.

Kommala, one of two unpaid pastors, attended many congregations from many denominations, but did not feel at home until he landed in an Anabaptist group. Kommala and Ongath Phounsavath both work full-time jobs.

Kommala, with the assistance of Dale Bauman, founded the Lao Evangelical Mennonite Church in 2004, in a split from Toronto United Lao Mennonite Church. The congregation has had two English-speaking pastors besides the Lao-speaking leaders. The church became an emerging congregation in MC Eastern Canada in 2006 and moved to full status last April. In 2011, the two Lao congregations were reconciled and became one congregation.

The congregation originally met in the warehouse of a family that ran an importing business, but the economic downturn of 2008 meant that space was no longer available. It then bought a garage in an industrial mall, and converted it to a useful and beautiful meeting space. Worshipping in Lao and English, the congregation invites Lao, Thai and others to join.

Lao Canadian works diligently to make inroads into the mostly Buddhist community from Southeast Asia. Offering funerals for free to families is an important ministry, since a temple funeral can cost $20,000 plus donations to the monks involved. Kommala notes that the church funeral tries to give Buddhist survivors some hope, but it doesn’t “guarantee eternal safety” for the deceased.

The culture of Buddhism from Laos is part of the reason why the pastors are not paid; instead, they depend on freewill gifts from others while giving up family and human comforts in dedication to their god. People believe that “if you are spiritual, you don’t talk about money,” says Kommala, who believes that if he were to broach the subject with his congregation, some would leave.

Part of the congregation’s hope is to bring the good news of Jesus back to Laos, but this is tricky since only the registered Lao Evangelical Church from Europe can operate there. To work openly means to ally with the registered church, and give it a quarter of the donations received for the work.

The congregation invites Mennonites across Canada to pray that it will have the money to continue its work and to do outreach, and that young leaders will arise to lead the congregation.

Phounsavath hopes that congregants will learn to know their Bibles better, and that “God always loves and is always doing good” to all.

Kommala hopes that more outreach to new Canadians can take place. Although he has concerns about how much of a priority support of new Canadian churches is for the nationwide church, he is still a booster for congregations to be part of MC Eastern Canada. 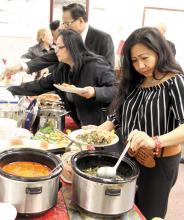