‘We have to begin by crying out for justice’ 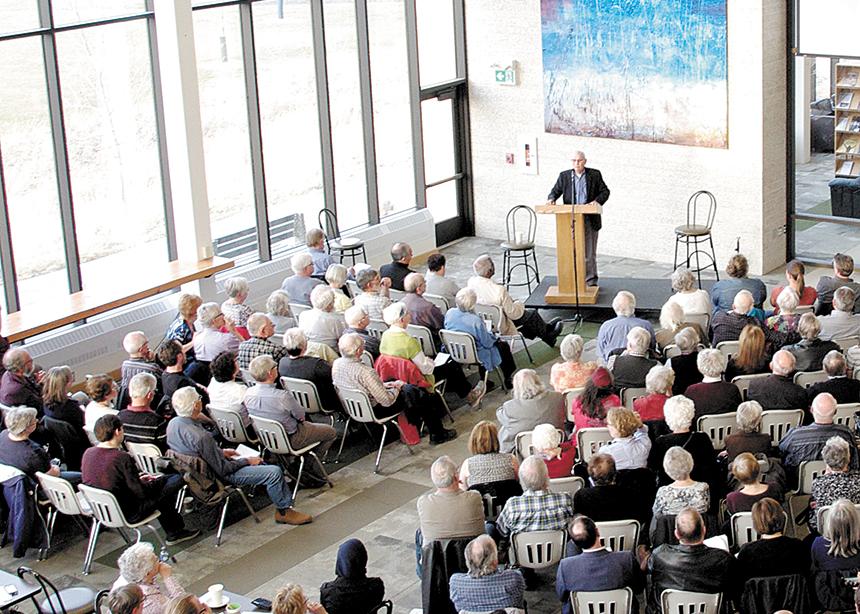 Ateek was born in 1937 in Beisan, a Palestinian village that was forced to evacuate when Zionist troops occupied it in 1948. He was an early leader in the Palestinian liberation theology movement and co-founder of the Sabeel Ecumenical Liberation Theology Centre in Jerusalem.

Liberation theology looks at the Bible and theology through the lenses of love and justice, to make them life-giving sources of hope for all. “From our perspective, liberation theology is the heart of all theology because it involves and concerns people’s everyday life,” said Ateek. He has written several books on the topic.

Winnipeg was just one stop on his cross-Canada tour that began in Kelowna, B.C., and ended with a course on Palestinian liberation theology taught by Ateek and Professor Magi Abdul-Masih in Toronto.

The tour took place at an especially opportune time, while the Israeli military was shooting unarmed Palestinian protesters and Donald Trump was preparing to move the American embassy to Jerusalem.

This year also marks the 70th anniversary of the creation of the State of Israel. Many call this the nakba, which means “catastrophe” in Arabic, because more than 700,000 Palestinians were forced to flee their homes and became refugees. Later in 1948, Israel was allowed to join the United Nations on the condition that it implement Resolution 194, which stated that Palestinian refugees must be allowed to return to their homes. Israel joined, but the condition was never met.

Ateek’s book is one of theology and politics intertwined. He writes that Christians have to engage with politics if they are to be faithful to God, because it is an unavoidable part of daily life. He identified Numbers 33:50-56 and Deuteronomy 7:1-7 as passages that Zionists use against Palestinians, comparing them to the original nations of the land that God drove out.

Yet he also points to Leviticus 19:33-34 and Ezekiel 47:21-33 as redeeming texts for Palestinians, because God tells the Israelites to consider the alien a citizen of Israel and to love the alien as they love themselves.

Ultimately, Ateek always asks, “Does [a biblical] text reflect the love of God that I have seen in Jesus Christ?” For him, that is essential to discerning a Bible verse’s value.

But not everyone supported Ateek’s presence at CMU. Several articles written by the Jewish Post & News, a Jewish newspaper in Winnipeg, expressed strong opposition to the event, calling it “anti-Israel.” The paper also accused Mennonites of following a pattern of supporting events that criticize Israel. The editor of the paper, and the Jewish Federation of Winnipeg wrote to CMU expressing their concerns.

Terry Schellenberg, CMU’s external vice-president, said the university connected with members of the local Jewish community who voiced concerns both before and after the event in order to listen and seek understanding. “Representatives from the Jewish community have expressed gratitude for CMU’s initiative and willingness to engage with them,” he said. “Inevitably, these are complex, helpful and revealing conversations which [perhaps and we trust] will also bear the seeds of renewed understanding and relationship.”

Esther Epp-Tiessen, public engagement coordinator for MCC’s Ottawa Office, said that MCC sponsored the event because it has worked in Palestine and Israel since 1949, when it responded to the refugee crisis, and it has been a long-time partner of Sabeel, which she calls an important voice of nonviolence that calls for an end to injustice. MCC also strives to highlight the voices of Palestinian Christians, whose numbers are diminishing because of the emigration caused in part by the duress of living under occupation.” She added that MCC yearns for “peace with justice for all peoples, and a shared life in the land for both Israelis and Palestinians.”

The complexities of the conflict, and differing opinions on Ateek’s stance, came up during the question-and-answer period at the Winnipeg event. Audience members asked him how he deals with the accusation of being an anti-Semite, to which he responded that critiquing the State of Israel and its policy is not the same thing as being against the Jewish people. When asked why he targets only Israel, and not problems in other Arab countries, he said he has a responsibility to work for justice in his own country. He told audience members that they are responsible for standing up to the injustices happening in Canada. 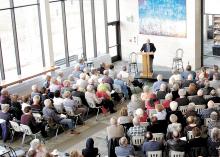 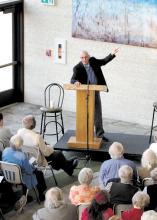