‘We’re not sitting on the sidelines’

Youth and young adults reflect on their experiences at Pennsylvania 2015 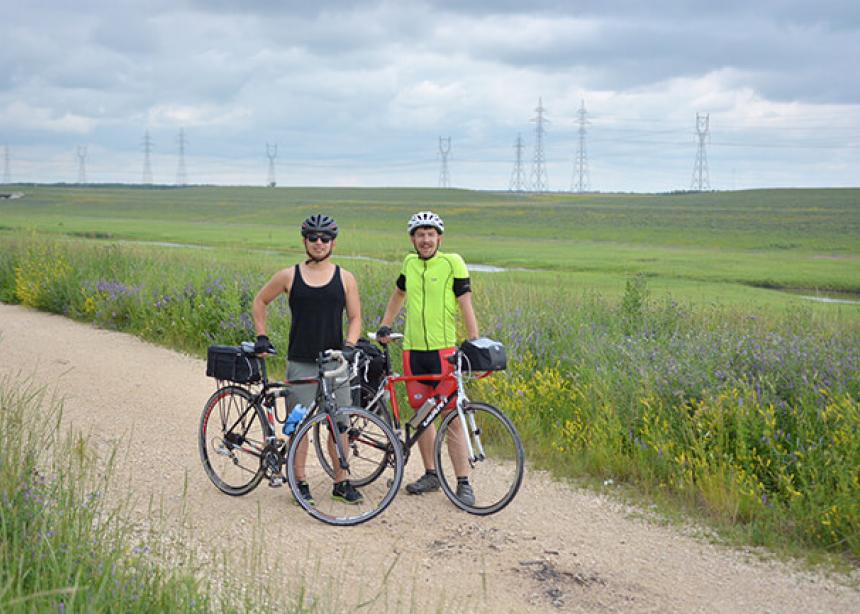 <p>Jim Cheng and Matthew Veith rode their bikes from New York City to Pennsylvania to take part in PA 2015.</p>

Youth and young adults from all over the world went to Harrisburg, Pennsylvania from July 21 to 26 for a reunion with the global Mennonite family. We spoke with a handful of young Canadians who were at Mennonite World Conference assembly  about their time in Harrisburg. Though, as one young person pointed out, MWC is something best witnessed first-hand.

Noel Dueckman served as a youth leader for a group of eight from Emmanuel Mennonite Church. Although Emmanuel is a diverse church, Dueckman says he was surprised by how different the Mennonites of the global church are. However, all these different people are rooted in the same belief systems.

“I discovered lots of new music, food and more that were unfamiliar to me, but the theology remained largely the same,” he says.

Dueckman and members of his group from B.C. also took part in a demonstration with Pink Mennos, a group that supports the inclusion of LGBTQ people into Mennonite fellowship. The demonstration involved listening to stories and coming together to sing “Praise God, from Whom All Blessings Flow”—dressed in pink, of course.

Dueckman believes it’s important to include members of the LGBTQ community.

“Just because I can’t relate to someone doesn’t mean they don’t deserve love and equality, especially from those of us who follow Christ,” he says.

Eighteen-year-old Gabby Martin just graduated from Rosthern Junior College, and says church engagement and leadership feels like something you do when you’re older.

Martin’s experience at Mennonite World Conference and its youth program changed that, though. She said it helped her learn more about her place as a young person in the global church community.

“One of the speakers said, ‘I don’t want to be referred to as the future of the church; I am the church,’” Martin recalled. “It blew my mind because I guess we’re not sitting on the sidelines, we’re really here. I can make a difference as a youth. I don’t have to wait to grow up.”

Martin says she thinks her experience at the assembly will translate to her local church and area church.

“I’m not going to be afraid to say what I’m thinking, or to join groups at church,” she says. “It’s just good to know that people appreciate that.”

For Ben Willms, the trip to Pennsylvania was not only an opportunity to connect with the global church, but also his own. The 16-year-old lives in a small town more than 100 kilometres away from his home church, Ottawa Mennonite. He says it’s difficult to make it to youth events.

That was a highlight of the conference for Willms. Another, he says, was the music, which perfectly illustrated the theme of unity in the church.

“It was wonderful to join in singing with all these people from around the world,” he said. Willms said he felt the conference was engaging and meaningful for youth in some ways, but still felt it was a bit of an “adult thing.” He hopes the conference will make more of a conscious effort to include young people in the future.

Aaron Peters was one of more than 30 youth from Mennonite Church Saskatchewan who travelled by bus to be at the gathering. It was his first.

“I thought it would be a good opportunity to get involved in the wider Mennonite community and learn about my fellow Mennonites,” he says.

“The speakers were so good that we didn’t want to [leave the worship sessions],” Peters says. “We wanted to stay and listen.”

Asked if he learned anything about being Mennonite at the conference, Peters recalls a few people talking about how it’s important to maintain a relationship with God no matter what cause you’re working toward.

“A few people talked about how Mennonites like to focus on missions and [sometimes] forget about the spiritual side of things,” Peters says. “So when you’re trying to make a difference, it’s important to keep God in that.”

Matthew Veith coupled his first-ever MWC experience with a bike trip. He and his friend, Jim Cheng, flew from Winnipeg to New York City, and from there cycled 300 km to the conference.

Veith says that because he grew up in China as the son of missionaries, meeting Mennonites from around the world is not new. However, after living in Winnipeg for the past five years, he wanted to reconnect with Anabaptists from other parts of the world.

MWC made a big impression on him.

“All these people gathered are from all over the place and living out the Anabaptist way of following God and following the life of Jesus,” Veith says. “I’m still blown away by that.”

Since attending the conference, he has been thinking about how quick Christians are to judge one another. Instead, Veith says, Mennonites ought to trust the decisions their brothers and sisters are making in other parts of the world.

“We have to trust that they are walking with God, reading scripture and [that] they are approaching the questions of faith humbly, sensibly and openly,” Veith says.

“If we can get to the commonalities, we have a much better chance of actually understanding our differences and having a conversation [about] them,” he adds.

“I knew it would be an incredible experience to make new friends and experience God’s presence,” she says.

At the end of the youth sessions each day, the crowd broke into groups of 15 to 20 people to pray. Jensen says this taught her about the power of prayer.

“Prayer is something that I always want to work on,” she says. “I want to talk to God more and pray for others, and pray with others. So many people at the conference were comfortable with prayer—they weren’t awkward or nervous.”

Jensen met people at the conference from Paraguay, Tanzania, South Korea, the Netherlands and France, and hopes to keep in contact with them.

“I think that’s one of the coolest things,” she says. “I can keep in touch with all these people and [we can] talk about our faith journey, even though we’re across the world... I’m so grateful for that.”

Read what teenagers said about their experience in the PA 2015 youth program.

Learn about the Global Youth Summit, which happened before the assembly.

Jim Cheng and Matthew Veith rode their bikes from New York City to Pennsylvania to take part in PA 2015. 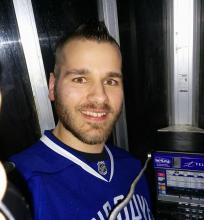 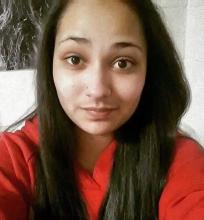 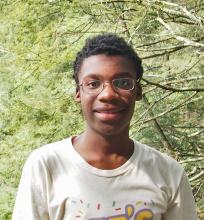 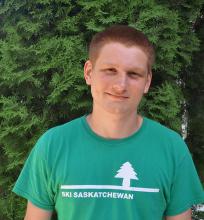 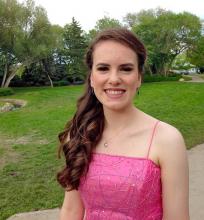