‘Strike while the iron is hot’ 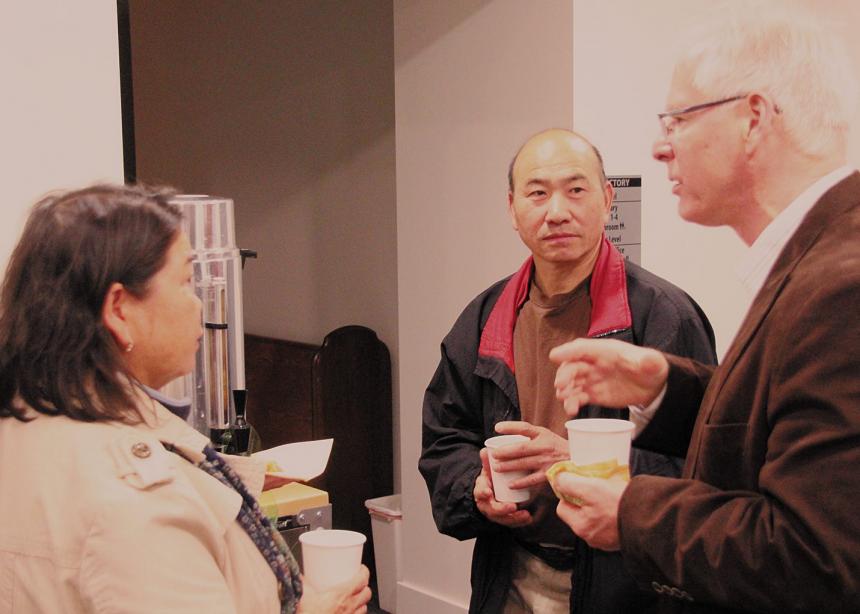 The ink on the new covenant document between the five regional (formerly area) churches was scarcely dry before Mennonite Church Eastern Canada began to describe to its congregations what this new reality means now and could mean in the future.

At the first meeting, held on Oct. 17, 2017, at Rockway Mennonite Church in Kitchener, executive minister David Martin described what took place in Winnipeg and how MC Eastern Canada had been planning toward these eventualities, including hiring Norm Dyck to the new position of mission engagement minister. (See more about this and other staff changes here.)

Of the more than 30 people at the Kitchener meeting, about half a dozen had been at the assembly in Winnipeg. The six were unanimous about the respectful nature of the conversations there, and the important place of worship in the proceedings.

Eleanor Epp-Stobbe, pastor of Breslau Mennonite Church, felt that the assembly had been “balanced,” with “a spirit of creativity, hopefulness, dreaming for the future,” and room for “lament.”

While Arli Klassen, an MC Eastern Canada delegate, noted that there were “not enough newcomer churches” present in Winnipeg, over a quarter of those present on Oct. 17 were from new Canadian congregations.

Martin spoke of the Winnipeg assembly as “dry and technical,” with the passing of bylaws first so that other decisions could be made, but the group gathered in Kitchener seemed to feel that it had been an inspiring time.

Martin carefully explained that the new structure is grounded in important vision and belief documents, like the 1995 Vision: Healing and Hope statement, and the seven “shared convictions” from Mennonite World Conference (MWC).

With focussed attention on the Witness program, Mennonite unity and MWC, questions were asked about both ecumenical connections and the new Witness Canada focus on Indigenous issues in this country. Martin spoke about amendments to documents in Winnipeg that will strengthen MC Canada’s commitment to relationships with both the Canadian Council of Churches and the Evangelical Fellowship of Canada. In regard to Indigenous issues, he noted that in Eastern Canada this has been largely Mennonite Central Committee (MCC) Ontario’s job, with the regional church giving $25,000 to support its work. He noted, though, that with an increased focus on missions “here” rather than “out there,” MC Eastern Canada might need to think more about engagement on Indigenous issues, perhaps with MCC Ontario.

With all the pre-assembly work already done in MC Eastern Canada before the Winnipeg assembly, Martin answered the question on many people’s minds: “What would you have done if the plan was rejected?” He responded: “If the proposal would have been rejected in Winnipeg, the existing structure would have remained in place. My sense is that the regional churches would still have tried to work in a more collaborative way than before, but it would have been more challenging and less comprehensive without the support of a new structure.” 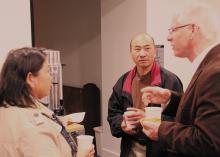