‘She cared a lot about everybody’ 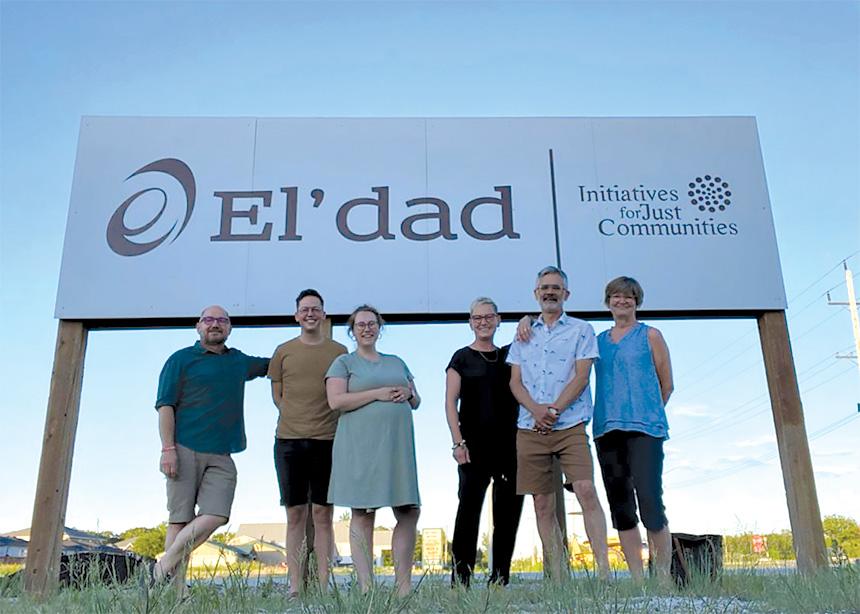 Gail Schellenberg influenced the lives of thousands of people during her career as a teacher and principal in Mennonite high schools across Canada, and later as executive director of Initiatives for Just Communities (IJC). She died from cancer in 2020, but her legacy lives on in people’s memories.

Now, it will live on in a physical space, too. On June 23, a group gathered at IJC’s offices in Mitchell, Man., to dedicate the Gail Schellenberg Training Centre, a meeting space named in recognition of her lifelong commitment to education.

IJC is a non-profit organization committed to creating inclusive communities by employing restorative-justice practices and providing social supports for stigmatized and vulnerable people. The organization’s four programs—Circles of Support and Accountability, Touchstone, El’dad and Open Circle—work with people with intellectual disabilities and fetal alcohol spectrum disorder, and currently or previously incarcerated people. They began as initiatives of Mennonite Central Committee Manitoba and came together as IJC in 2010.

The Gail Schellenberg Training Centre is a newly renovated 85-square-metre space equipped with tables, chairs, high-quality technology and an attached renovated kitchen. It is already bustling with people, being used as additional space for the day program for adults with intellectual disabilities.

The centre will be used frequently to train staff. IJC has approximately 130 staff across its programs and, with significant growth over the last several years and more expected to come, “it was really important for us to have this space, so we could continue to do some of the training and also provide for growth,” said Hank Dixon, IJC’s executive director.

Bringing her educational background to the program, Schellenberg laid the groundwork for much of the centre’s in-house training, which, until her arrival, had previously been sporadic and limited.

Thirty people attended the dedication ceremony in-person, with more joining online, to remember and celebrate Schellenberg. Family, colleagues and board members shared reflections and a prayer of dedication.

A plaque commemorates her impact: she served as IJC’s executive director of from 2014 to 2020, half of the organization’s total existence so far. She brought creativity, humour and belief in second chances to her work.

“She was very committed to working with disadvantaged individuals,” Dixon said. “There was a real drive for inclusiveness. She cared a lot about everybody.” 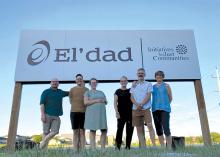 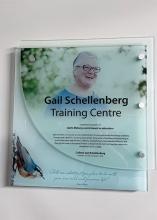