‘One night changed everything’ 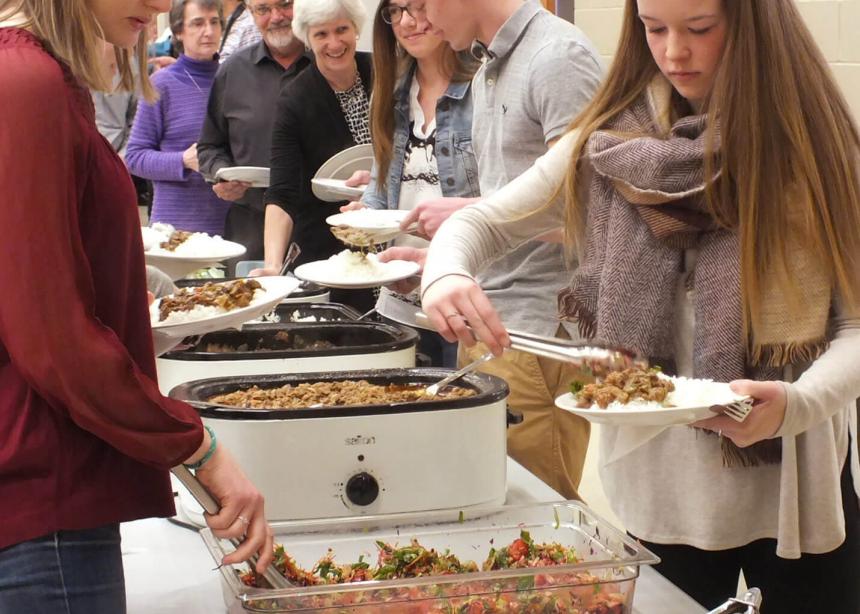 Last November, two Turkish men arrived in the small village of Floradale, in the heart of Ontario’s Mennonite country, seeking refuge. Leon Kehl, a local resident, had developed a relationship with Turkish Muslims in the past, so it was natural that they turned to him for help. He arranged to have the men, who are not named because their families remain in peril in Turkey, live with his parents next door while they applied for refugee status.

Last July, Turkey experienced an attempted coup. The government blamed the Hizmet organization, and thousands of innocent people were arrested and thrown into prison. Others lost their passports and had their bank accounts seized. Those who managed to flee believe about 20,000 people are presently in hiding in Turkey, fearing arrest and torture.

Hizmet began as a reform movement within Islam in the 1960s, following the teachings of Fethulah Gülen. Beginning in Turkey, it became an international movement emphasizing voluntary service and peace, with an emphasis on education. By last summer it had established more than 2,300 educational institutions in Turkey and around the world.

Government pressure, which had been mounting since a December 2013 corruption scandal involving senior government ministers, intensified after the coup. Overnight, the Turkish government declared that Hizmet was a terrorist organization and all its schools were closed. Three hundred people were killed during the coup attempt, and teachers and professors were forced to flee. Over 134,000 people lost their jobs.

At a breakfast held at Floradale Mennonite Church on March 18, 2017, some of the Turkish newcomers shared parts of their stories. A professor of foreign languages described how he and his wife were on campus the night of the coup. They said they saw and heard the mob trying to get into their building while shouting, “Kill them!”

“They were like hungry wolves, wanting to kill someone with knives and sticks,” said the professor. Slipping out the back door, he joined the crowd for a while, shouting and pretending to be one of them. He was able to get into his car and go back for his wife. They hid in the park for a while but then fled again when they were seen. They found safety for a time at the house of a friend and managed to leave the country.

His wife, who had waited for more than an hour for him to return with the car said quietly, “I was sure he was dead.” She still has nightmares about that night.

“We lost everything,” the professor said simply. Although he believes that God has a plan, and believers need to accept what comes, he admitted this wasn’t the plan his family was envisioning. “One night changed everything,” he said sadly. “Suddenly they call you a terrorist.”

Another woman, who had arrived in Canada only three weeks previously, talked about her experience. She had grown up in Europe, and after her marriage she and her husband worked in Azerbeijan and Sudan for many years before going to Pakistan. After the Turkish president visited Pakistan, suddenly the 28 Hizmet schools there were closed. More than a hundred Turkish families were told they no longer had visas to work in Pakistan and needed to leave in three days.

She and her family were lucky to be able to travel to Canada and apply for refugee status, but she expressed the agony she feels for members of her family who are in prison, and for her son who remains a student in Turkey. “Anything could happen to him,” she said. “It hurts a lot.”

Floradale Mennonite also had a fundraiser lunch on March 26, with the proceeds divided between Mennonite Central Committee Ontario for its work with refugees and the Intercultural Dialogue Institute at the Kindred Credit Union Centre for Peace Advancement at Conrad Grebel University College in Waterloo. The Waterloo branch of the Institute has been supporting and re-settling about 40 Turkish families who have recently sought refuge in the Kitchener-Waterloo area.

See more stories on welcoming refugees:
From Myanmar to Canada with dreams, gratitude and hope
From refugee to sponsor: A journey of 40 years
How it feels to give a house away 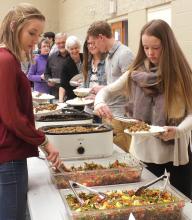