‘Not just an activist political group’ 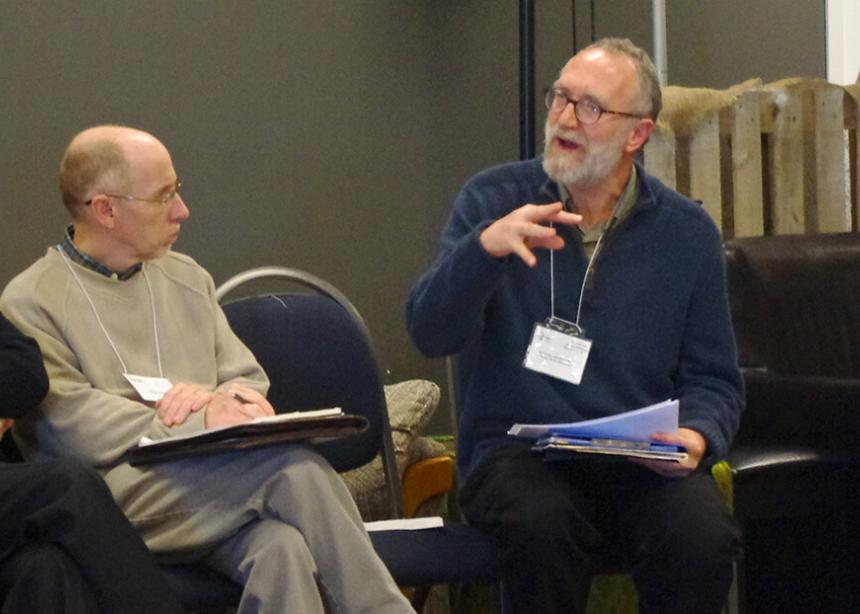 Mennonite Church Canada’s resolution on Israel and Palestine took centre stage during an informative workshop in early March 2017 at the Mennonite Church Manitoba annual general meeting. Hosted by co-leaders Byron Rempel-Burkholder and Carolyne Epp-Fransen, the workshop aimed at helping members of the area church better understand what the resolution has given rise to through the Palestine and Israel Resolution Working Group of MC Canada, and what these new efforts mean for local congregations.

For many, a particular concern since the resolution first passed last summer at the MC Canada assembly in Saskatoon has been how it will impact relations between Mennonite, Jewish and Palestinian neighbours.

“First of all, it is very important when we have these conversations to distinguish between Israel, or the Israeli state, and Israeli or Jewish people,” Epp-Fransen said, sporting a Jordanian keffiyeh from the region.

“Political power is fundamentally unbalanced between Israel and Palestine,” Rempel-Burkholder said, addressing the issue of Christian Zionism on the oblique, “which makes a conversation about ‘balancing’ the discussion [on Israel-Palestine] a tricky or sensitive thing. It is important for members of the church to understand that this resolution is a response to the direct call of the Palestinian church for nonviolent response to the Israeli occupation.” He added that, for those who may find themselves troubled by the conflict between what they are hearing about Israel’s occupation of Palestine and what they read about Israel’s role and significance within Scripture, it may be helpful to recall that “there is a difference between optimism and hope.”

The Palestine and Israel Working Group was founded in the wake of the national church resolution, “in keeping with the church’s practice of communal discernment.” At its formation, Tim Froese, executive minister of MC Canada Witness, recruited members through recommendations from local ministers and the movers of the resolution. A seven-member cohort resulted, which has been meeting monthly ever since. Currently, its two primary mandates are public education on the issues central to the resolution, and “networking with Palestinian, Jewish and other church groups working toward peace and justice in Palestine and Israel.”

The workshop, along with other local information sessions hosted in the weeks prior, represents a core part of the Working Group’s effort to keep the public informed of its work and to secure support for practical action in the near future. Rempel-Burkholder said he “[hopes] the resolution and its followup reflect a process of communal discernment that seeks to be biblically and ecclesially based,” one that demonstrates the Working Group is “not just an activist political group.”

The workshop had two key strengths:

Palestine and Israel resource material now available online
Delegates attending Mennonite Church Canada’s Assembly 2016 in Saskatoon voted by a wide margin in favour of a resolution seeking nonviolent responses to injustices in Palestine and Israel. In followup to that resolution, the Palestine and Israel Resolution Working Group appointed by MC Canada has compiled several resources for congregational study. The materials provide information and perspective on the Palestine and Israel situation that will be useful to groups and individuals interested in further study about their relationship. The package that includes a PowerPoint presentation, a script and discussion guide, and a list of recommended books, studies, videos and links, is available for download at commonword.ca/go/1032. 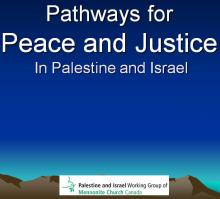