‘My place is right here’ 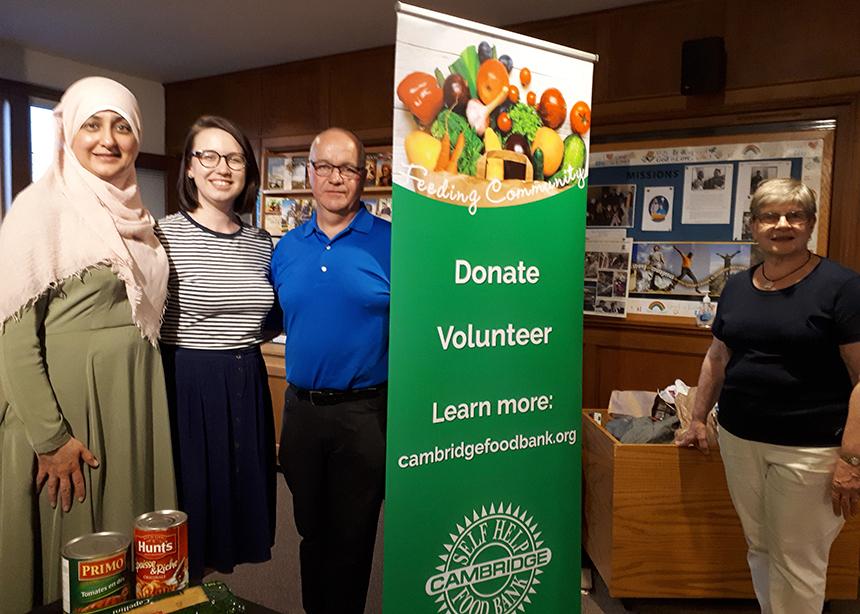 The two churches hosted a performance of My Place is Right Here: Hugh Burnett and the Fight for a Better Canada on June 8 at Preston Mennonite Church, inviting the audience to donate to the local food bank.

The play tells the story of Hugh Burnett, an African-Canadian who fought for Ontario’s anti-discrimination legislation in the 1950s. Living in Dresden, Ont., at the time, Burnett and his allies challenged discriminatory customs and laws that denied service to African-Canadians in restaurants, hair salons and recreational facilities. With courage and determination he persisted in demanding equal rights, even when it was dangerous.

The local Flex We Talent theatre group is made up of members with Caribbean and Canadian heritage. Aaron Haddad, who wrote, produced and directed the play, was inspired by the research of Jim Walker, professor of history at the University of Waterloo, who knew Burnett and believed his story was “a part of our history that needs to be told.” Walker noted that there is still “a prevailing attitude that racism was an American disease and not really a problem in Canada.”

The play, which featured the main role of Burnett and a supporting cast of other characters from his life, used minimal props, and actors used their voices and movements to portray the fire of Burnett’s passion for equality, as well as the frustrations, obstacles and dangers he and his family faced. The performance earned a standing ovation from the appreciative audience.

Organizers hope that the benefits of staging the play ripple out beyond the donations to the food bank.

Glyn Jones, pastor of Wanner Mennonite, reflected that a play about inclusion and diversity was as relevant today in Cambridge, with its diverse population, as it was in Burnett’s time. “It is important that we remind ourselves of how hurtful acts of racial discrimination” can be for individuals and communities, he said.

Being part of an event to promote understanding and inclusion in Cambridge felt like a good fit for the Mennonite churches, and the food bank that offers food and other support services to people in need within Cambridge and North Dumfries Township. The two churches, which have been in the community for two centuries, wanted to open up conversation and action about peace and justice issues in their lives and in their larger community.

Dennis Flaming, a key organizer of the event from the Wanner congregation, was inspired by a performance of the play that he saw last winter. As someone who grew up just outside of Leamington, he was moved by the story of an ordinary man’s fight against racism in rural southwestern Ontario. He saw staging the play as a way for the churches “to reach out to the broader community” with an important message of justice, equality and respect, values “that we, as Christians, try to promote and reflect in our day-to-day life and in our communities,” Flaming said.

Muriel Bechtel, a partner in the event from the Preston church, saw the play’s message as relevant in a Canadian context in which people “are sometimes oblivious to [their] own racist thoughts and actions.” We can become “rather smug and self-congratulatory that this kind of racism is an American problem. It is not,” she said.

Hosting the event together was a good opportunity for Preston and Wanner to continue exploring ways to collaborate and connect with each other and the broader community of Cambridge. On Sept. 7, they will partner again to host the annual Wanner Community Cornfest as another fundraiser for the local food bank. 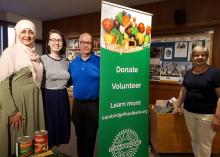