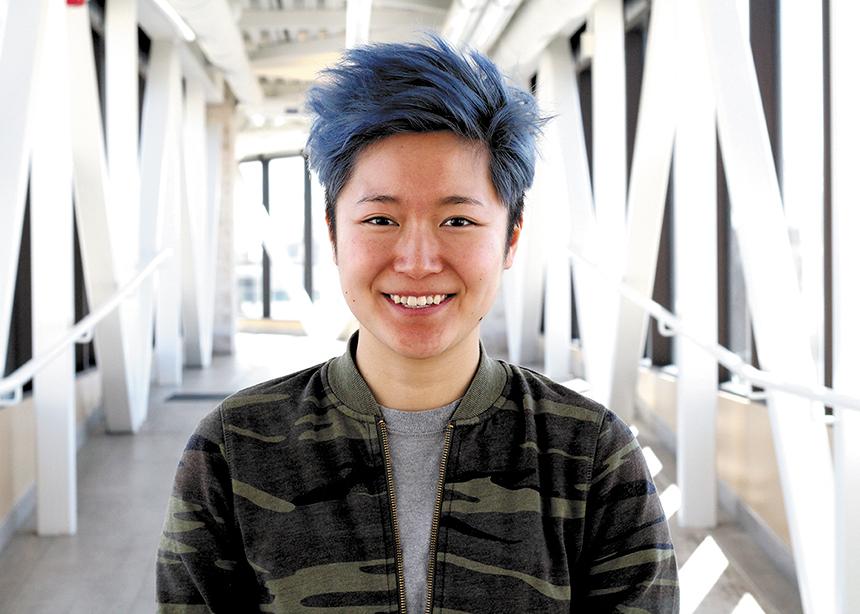 One of Kang’s most recent works is an installation that was unveiled on Palm Sunday at Bethel Mennonite Church in Winnipeg, where she currently serves as artist-in-residence. Based on the theme of foot washing, the project consisted of 400 prints depicting different pairs of feet suspended in the air using twine and surrounding a large ceramic bowl.

“All the feet were unique and had little stories. Some had Band-Aids®, some were dirty, some were in high heels,” she says. “I wanted people to face the places they had been and realize it was okay, and that Jesus wants to meet us where we’re at.”

Two weeks prior, Kang preached a deeply personal sermon at Bethel about hope and lament that outlined some of her story. Born in South Korea, she immigrated to Canada with her family when she was very young. The family eventually settled three hours west of Winnipeg in Strathclair, Man., and faced many challenges along the way.

In 2000, her family was homeless for a time. The next year, her father impaled his hand, leaving him unable to work. A year after that, the youngest of her two siblings was hospitalized with an unexplainable and incurable illness that caused him to have seizures and constant pain.

In 2005, Kang developed clinical depression, which she struggles with to this day. “I wanted people to know where I was coming from, so they could understand where my art was coming from,” she says of why she chose to share the things she did in her sermon.

Suffering often doesn’t have an easy solution and must be contended with in its fullness, she said in her sermon: “This begins by looking it square in the eye and acknowledging it for what it is—messy, uncomfortable and terribly, terribly hard. . . . Whether God is the bad guy or the hero in your life, look God exactly in the face today and tell him who he is to you and what exactly is going on. This is called lament, a practice that is integral to our Judeo-Christian roots. This is the acknowledgement that life is insanely hard and broken and messed up, and not diminishing that.”

For her, making art is a way of working through her suffering.

“As I’ve been drawing and trying to figure out what the heck my life is, I realized that suffering is a really large part of my story and I think it always will be,” she says. “I’ve realized that it doesn’t get better, it’s hard all the way through. And that’s okay. So I think suffering will always be a part of my art, because it’s such a big part of being human. . . . Art is about making meaning. [It’s about asking questions like], ‘Why is there suffering? What is God doing about it and how do I fit into that?’ ”

At the same time, in her sermon Kang encouraged the congregation to hold onto hope. “Yes, suffering is real, but healing is real, too,” she said.

In 2003, her brother was miraculously healed of his unknown illness. Today, her parents have paid off their debts, and they own and operate three grocery stores. Kang still suffers from clinical depression, but her medications are well balanced and she has a community of people to support her.

Her work at Bethel has elicited a variety of responses, from wonderment to enjoyment to uncertainty, says Darrel Toews, the church’s lead pastor. He adds that Bethel’s vision statement is, “Loving God, each other and our neighbours,” and that the artist-in-residence is invited to express that vision creatively.

“Grace has been doing that. She’s fulfilling exactly those expectations,” he says. “She’s a very dedicated follower of God.”

Kang is currently pursuing a master’s degree in Christian ministry at Canadian Mennonite University in Winnipeg and has many ambitions for her future.

“I want to do my master of marriage and family therapy [degree] at the University of Winnipeg so I can be a therapist, [and] I want to travel,” she says. “I want to do my PhD in theology, and I think art will be a large part of that throughout. I haven’t done a lot of art therapy but I find it very helpful, and I want to incorporate that when I do therapy. I’d also like to be involved in pastoral care and enriching the life of a church through art.”

She’s not sure which path she’ll take, and that’s all right. 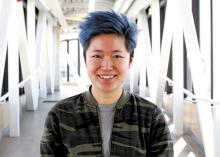 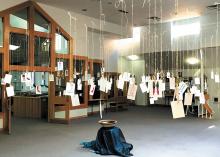 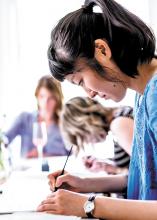 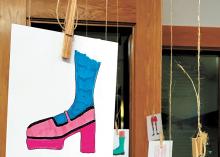 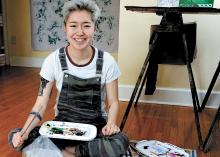