‘It was just helping people’ 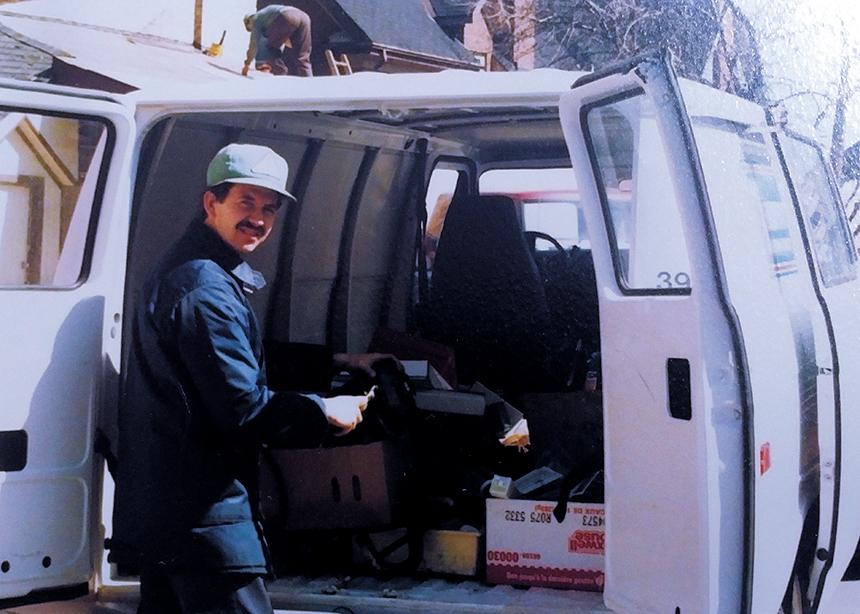 For 34 years, Keith Wagler lived out his Christian faith by serving others through the Appliance Repair Program of the House of Friendship (HoF), a social service agency in the Waterloo Region of Ontario. His job involved servicing and repairing appliances for people living on a low income, who could not afford to pay for a regular service call or to replace their appliances. He also repaired donated appliances in his workshop. Until his retirement last fall, funds from the regional government and HoF donors paid for his work.

In reflecting on his long commitment to the program, he named “service for others” as both a motivation to apply for the job and a reason to stick with it for so many years.

As a young man in his 20s, Wagler served for a year with Mennonite Disaster Service (MDS), doing repair work after disasters in Canada and the United States. It was the experience of helping vulnerable people who otherwise did not have the means to rebuild that motivated him to seek work that served others in his local community.

A trained electrician, Wagler began with the appliance program in 1984, taking over after Bruce Weber, who developed it in 1980, returned to his family enterprise.

Martin Buhr, former HoF executive director, says that he knew it would be hard to replace Weber’s skills and “wholehearted commitment.” But he says that having Wagler succeed Weber “was like receiving manna from heaven,” since both men viewed “community work as local Christian ministry.” Buhr recalls that Wagler was the kind of person who even used his vacation time to volunteer for MDS doing hurricane recovery work.

In the early years in the program, Wagler did a variety of minor household maintenance and repairs, but soon focused his work on the four primary appliances: refrigerators, stoves, washers and dryers. Clients learned about the program from social service workers and by word of mouth.

Wagler found fulfillment in helping people in difficult circumstances. He says that repairing appliances right away for people reduced their stress and anxiety about money and resources. They didn’t need to worry about saving enough money for a repair bill. Nor did they have to throw out spoiled food from a faulty fridge or spend scarce cash at a laundromat.

For Wagler, the work was about more than fixing appliances. While doing repairs, he often listened to the stories of his clients. It was common for them to offer him a cup of coffee or tea, appreciating the time he took to listen and the dignity and respect he showed them. He says, “Listening sometimes is just as important as getting the thing fixed.”

Contact with clients opened his eyes to needs in the local community and the wider world. He got to know people from several waves of immigrants and refugees, most recently Syrians fleeing war in their homeland. He often referred people to other programs and services available at HoF or elsewhere in the community.

Describing his work, he says, “It was just helping people.”

Brian Hunsberger, who worked as the HoF development director for many years, describes Wagler as “one-of-a-kind,” given his unique combination of technical and human-relations skills. He “made over 26,000 service calls in his 34 years of service,” with no record of a complaint, Hunsberger says.

With Wagler’s retirement last October, the unique Appliance Repair Program came to an end. The number of calls for repairs had declined, due in part to the reality that modern appliances are more specialized and replacement parts are so expensive. Also, the portion of funding coming from Waterloo Region was discontinued.

While he feels for people who still need support, Wagler is quick to credit regional councillors who supported the program for so many years. “Without them, the program would not have existed,” he says. “I am thankful for the 34 years they were able to find funding for it.”

Wagler saw himself as part of a “circle of resources working together” that included local politicians, HoF staff, Ontario Works and the Ontario Disability Support Program. For him, the longevity of the program is a testament to that strong partnership.

In his retirement, Wagler is appreciating more time to enjoy nature and catch up on jobs around his Wilmot Township home. And he continues to find ways to serve others, recalling how his family modelled service as a way of life, and how his church, Steinmann Mennonite in Baden, encourages people of all ages to participate in service opportunities. He is committed to carrying on that legacy as long as he is able. 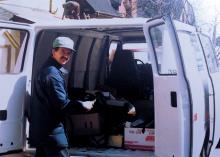 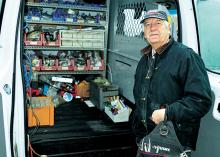