‘I just want to help people’ 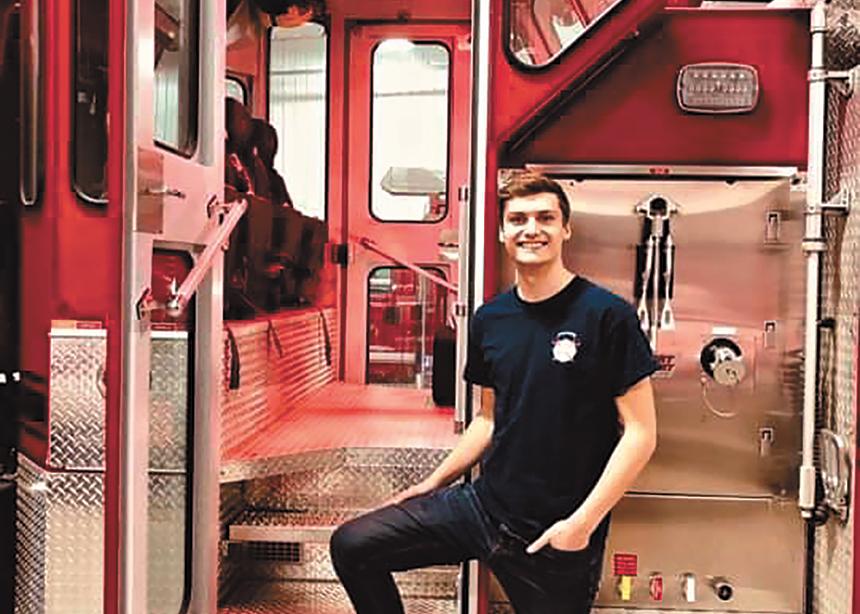 Like many of his peers, Nathan Bartel is fielding questions about what he plans to do after graduation. But, unlike some of them, he has a ready answer. He wants to be a firefighter.

Bartel grew up in Arnprior, Ont. His older brother, Emerson, has Duchenne muscular dystrophy, which, he says, “gave me a different outlook.” He remembers that when he and his brother were younger, Emerson would sometimes get stuck while playing. “I would run to get my dad,” he recalls, “and he would put on a fireman’s hat and make a siren noise as he ran to rescue Emerson. That probably had more to do with my wanting to be a fireman than anything.”

Bartel’s family travelled to Rosthern each summer to visit his grandparents. When Bartel was in Grade 3, his dad Kevin attended his 30-year class reunion at Rosthern Junior College (RJC). Bartel told his dad that he would also like to go to RJC when he was older.

So his parents bought a house in Rosthern.

“We would live here for the summer months, but close up the house for the winter,” Bartel says. “When I started Grade 10 at RJC, I moved here with my mom.” His mother Tammy works for L’Arche Canada and is able to do her work remotely, although she sometimes returns to Ontario to attend meetings. His father remains in Arnprior, to care for Emerson and Stephen, an adult with a disability who lives with the family.

Life as an RJC student is busy, but Bartel still finds time to volunteer. For several summers, he has been a counsellor-in-training at Youth Farm Bible Camp. He also participated in a couple of short-term mission trips to Mexico through the camp.

A chaperone on one of those trips was a member of a volunteer fire squad. He told Bartel that many fire squads have programs for junior members. When Bartel returned to Rosthern, he called the Rosthern fire chief and asked if he could join as a junior member.

“Being a junior member has involved a lot of learning,” he says, but it has also given him opportunity to earn a “legit firefighting certificate.” Through class time, written tests and practical assignments, he received training in firefighting history; using an air pack, mask and bunker gear; and practising safety at the fire scene.

When he turned 18 and was no longer eligible to be a junior member, he applied to become a full-fledged member of Rosthern Fire and Rescue, and was accepted. He has already had his first official call, to fight a grass fire just outside of town.

Bartel’s long-term goal is to be a career firefighter, but he plans to first train as a paramedic and, if necessary, work as a paramedic until he is accepted for firefighter training. He believes his volunteer firefighting experience will also be an asset as he works to make his dream come true.

His experiences as a counsellor in training at Youth Farm and as part of RJC’s Alternative Learning and Service Opportunities program have taught him the importance of listening and learning. “Knowing that you’re a servant, but you’re also there to learn,” is critical, he says. “Often the best gift you can give is listening.” He sees this as a necessary skill in being a first responder. “Even when showing up to an accident, it pays to listen and pay attention to the smallest detail,” he says.

He says there’s “something romantic” about “being able to help someone in their worst hour of need.” But wanting to be a hero isn’t his sole—or even his primary—motivator. His faith in Christ also plays a significant part.

“I love the story of the Good Samaritan,” he says. “He has no idea who the person is on the side of the road, but he just does what he can to help. I just want to help people. I think that’s a huge part of it.” 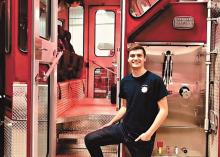