‘God listened to our prayers’ 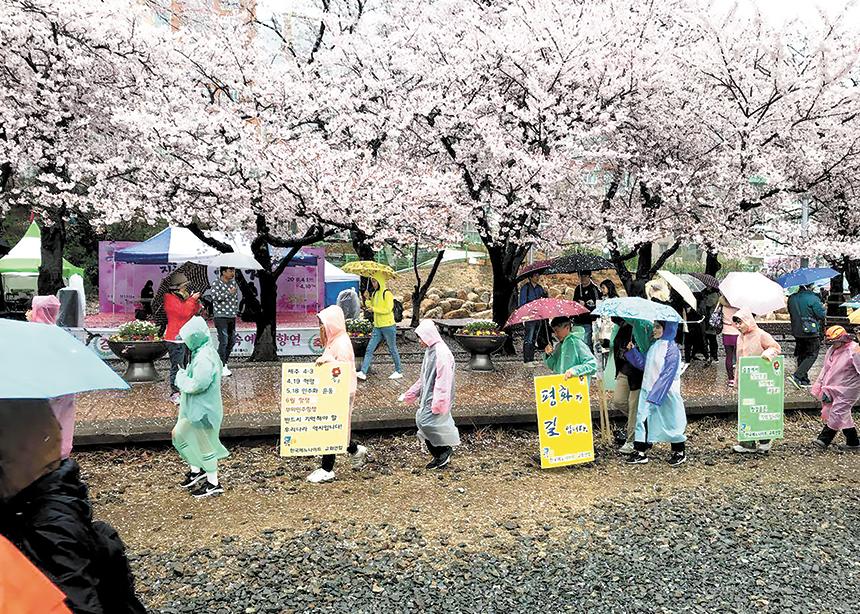 In her entire life, Hyun Hee Kim never imagined that Donald Trump, president of the United States, and Kim Jong Un, leader of North Korea, would one day meet and shake hands.

Hyun Hee, who graduated from Canadian Mennonite University with a Master of Arts in Peacebuilding and Collaborative Development this year, grew up in North Korea. Singing about her country’s superiority and preparing against its long-time enemies, America and Japan, was a regular part of daily life, starting from a very young age. To see the leaders of two enemy nations talk and negotiate together feels more than amazing, she says.

North and South Korea have been divided for over 70 years, since the end of the Second World War in 1945. Trump and Kim’s historic meeting on June 12, 2018, is the second of two important milestones in the pursuit of peace on the Korean peninsula. Kim Jong Un and Moon Jae-in, the president of South Korea, also met on April 27. It was the first time a North Korean leader has set foot in South Korea since the end of the Korean War in 1953.

In 2010, Hyun Hee attended a conference about Korean reunification at Handong Global University in South Korea, where professors, pastors and students prayed together for peace. An American pastor spoke about King Josiah in the biblical book of II Kings, who didn’t follow his father’s and grandfather’s wicked ways but instead turned to God and was faithful to God’s wishes. “We prayed that Kim Jong Un shouldn’t go the way his father went, so hopefully this young guy . . . [would] find his own way, do things differently,” she says.

But as Trump and Kim hurled drastic threats and insults at each other, she says they seemed like the worst people in the world. She began to lose hope and thought that maybe the prayers of her group didn’t match with God’s thoughts. But when these unexpected meetings took place in spring, she thought, “Maybe this is God’s time!…God listened to our prayers!”

Many people in the world are still sceptical about the meetings, though, and wonder, “Is this fake? Will any of this make a difference?” says Bock Ki Kim, Witness worker with Mennonite Church Canada in South Korea. But, he says, this is not a show; it’s real, positive progress with practical implications. Within two months, the Korean presidential leaders have met twice and have sent numerous officials to each other’s countries.

Bock Ki says there has been a noticeable change in Korea since the two leaders met. The hostile communication between North and South Korea has begun to transform into an effort to understand and respect the other side. For the past several decades people couldn’t travel, telephone or send mail between North and South Korea. But just before the inter-Korean summit, South Korea committed to reconnecting the telephone line between the two countries. Even though it’s only a telephone line, it’s an important symbol of open communication and a desire for relationship, says Bock Ki.

“God is in charge of this kind of unpredictable political event,” he says. During that last week in April, pastors in South Korea prepared their sermons, like any other week. But after Kim Jong Un and Moon Jae-in met two days before they were set to preach, Bock Ki says many pastors changed their sermons to focus on peace between North and South Korea. Many people and churches are searching for a peace theology and are focussing more on peace issues now.

These new political developments are meaningful for all Korean people, but they are particularly important for the Mennonite church in South Korea because it identifies strongly as a peace church. Mennonite Church South Korea is only two years old and consists of four congregations, although the broader Anabaptist movement there is larger. Some Korean Mennonites are working hard for peace and unification, and it’s important for people that support and pray for them to know that this is good news, says Hyun Hee. “We are one family, one community, in God.”

“How Canadian Mennonites support the South Korean Mennonite Church, through prayer—this is very important,” agrees Bock Ki. “These days we often talk about the global community. It means one country’s event is not just for that country, it [has] impact on the whole . . . world.” As Christians we need to pay attention to what’s happening around the world and pray to God to bring peace, he says.

While she is cautious about getting her hopes up, Hyun Hee believes that focussing on positive events is important. “In peace work I think when you mention negative things all the time . . . taking a step together [can] never, never happen,” she says. There is still a lot that needs to happen in Korea on the path to peace. But this is the first step, and it’s a big one. 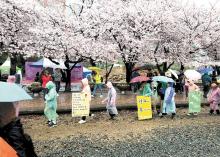 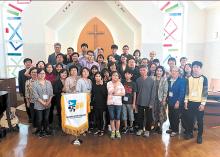 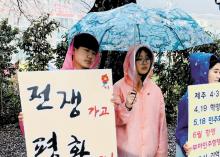