A little child will lead them 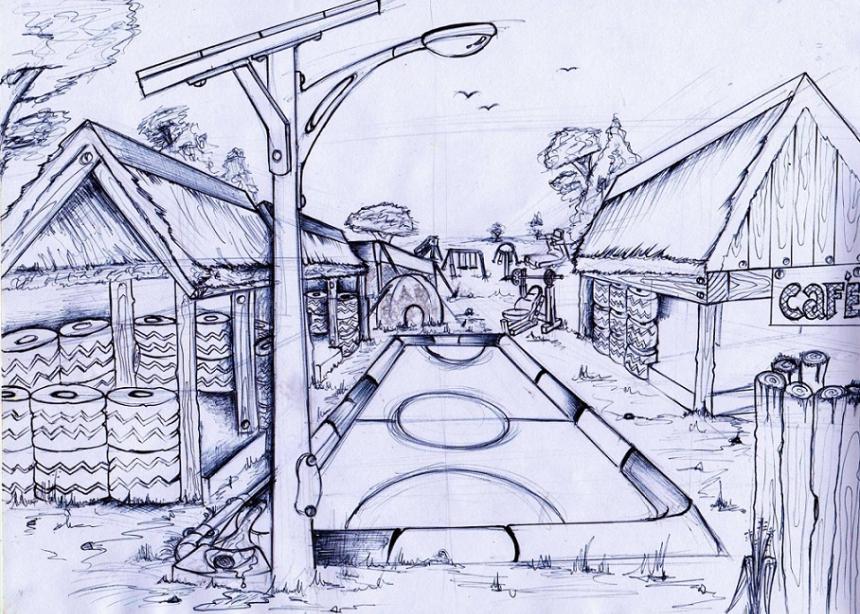 A futsal (soccer) park project in Gaborone, Botswana, is springing to life with the help of children who are following God’s lead. Despite an encouraging start to this development, we ran into a number of obstacles along the way that made us wonder if God was calling us to continue or let the project go.

After praying for direction and guidance, we were reminded of Jericho. Like Jericho, the park we wanted to develop was a spiritual stronghold surrounded by formidable walls, a place known for vandalism, drunkenness, conflict, and crime. Under Joshua’s leadership, the Israelites, walked around the perimeter of Jericho for seven days, praying for God’s will to be done in that place. And so we walked around the park, praying.

After the second day, we read the story of Joshua and Jericho again. As we prepared to leave, a local 10-year-old boy approached—a boy we did not recognize. He respectfully greeted us and asked if we were preparing to build the park for the neighborhood kids. We told him that we were not yet sure whether the park would be built or not, and that we were asking God to show us what to do. We invited him to continue walking around the perimeter, praying that God would bring down any walls holding outsiders at bay. He nodded and said that he would be glad to.

As he turned to begin the walk, I asked his name, expecting it would be Thabo, or Kagiso, or Lesego—names common in Gaborone. But he said, “My name is Joshua.” Now, a few months later, many of the obstacles to this project have fallen away.

But Joshua isn’t the only child who impacted the development. A number of Sunday School children in Canada whom we visited last summer took the initiative to raise money, and they sent it to Mennonite Church Canada on our behalf.

Encouraged by our young friend, Joshua, we decided to make a move. Using the donated money, we hired a local company to manufacture and install a playground on the site with swings, slides, stilt houses, climbing apparatus, ramps, tunnels, and balance beams. There was even enough money left over to install five-meter-tall metal posts around the 5-a-side soccer/basketball court.

Several weeks later, we shared our vision and progress to date with a number of politicians, business owners and community people who gathered on the site. With inspiration from our young visionaries—Joshua and the Sunday School kids in Canada—other sponsors stepped forward and pledged their support for this piece of land.

Please pray for the strongholds in Botswana to continue to fall, and for God’s will to be done in this place.

Read about Mennonite missions in “What’s up with Mennos and mission?”
See ‘Africa is for babies,’ a personal reflection by Taryn and Nathan Dirks on the arrival of their first child. 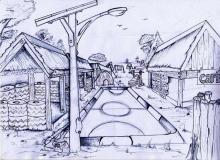