Landscapes of war, a people of peace

As the only defensive war fought on Canadian soil in the last two centuries, the War of 1812 was also the first testing of the historic peace churches' position of conscientious objection in Canadian history. 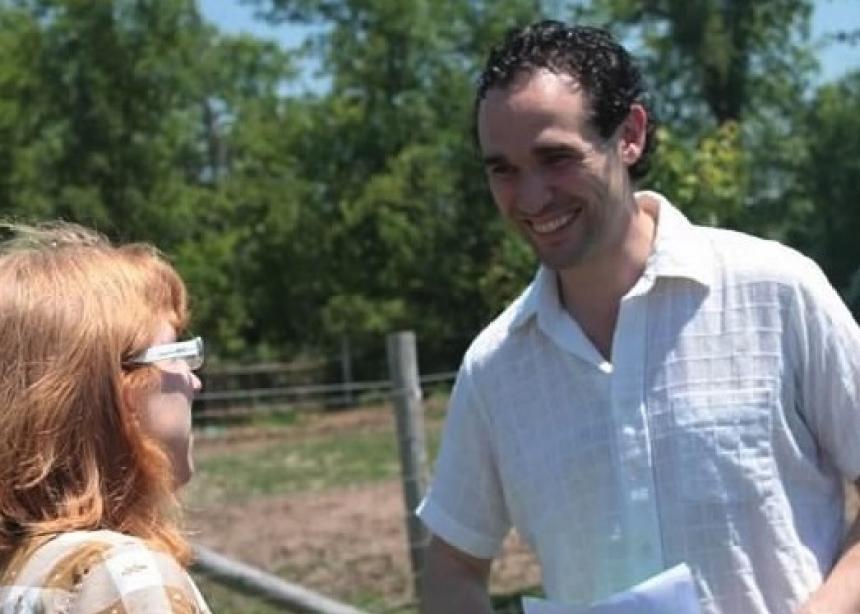 The War of 1812 is important to commemorate for many reasons. As the only defensive war fought on Canadian soil in the last two centuries, it was also the first testing of the historic peace churches' position of conscientious objection in Canadian history. Arguably, it led to the birth of Canadian nationhood, and at the same time it was the most devastating blow dealt to First Nations' hopes for sovereignty.

If our reflection upon this historic event results in patriotic fervour, then our national allegiance and the pride we might feel in “our” alleged victory will bespeak the degree to which we defer to the state over the church. If our primary loyalty was to God, we would probably not try to own the military victory.

Patriotism may also confuse any sense we might have had of the futility and senselessness of that war, or of war in general; it may disguise the reality that Upper Canadians were quite often disloyal to Britain, and we risk glibly burying the issue of the virtual devastation of first nations as sovereign peoples. Then there's the fact that peace church members fought pretty hard for the right not to fight. So, what are we, as Mennonite Canadians, supposed to be proud of? Can we, with dignity, embrace a non-patriotic version of that history?

Increased attention to the details of the war has raised Canadians' historical awareness recently. People are learning that much of what we thought we knew about the causes, developments or even the outcomes of the war, was—or still is—mixed with a heavy dose of mythology. We are learning how disloyal and non-supportive, and even treasonous, many of the Upper Canadians were.

Many of us grew up with the notion that “we Canadians”—not the British army and first nations—defeated the Americans when they tried to take over “our country” (British and first nations’ territory). The closer we look at the details, the more mythological this notion becomes.

Commemorative celebrations in this bicentennial year seek to focus on the “200 years of peace” between Canada and the United States. A sceptic might raise several issues with that notion, not least of which is the fact that the United States was not at war with Canada, but with Britain. Debates over who won the war seem misplaced when we consider that all sides lost the war, some worse than others.

No one won, except, perhaps, the moral victory of those who insisted that the war should not have been fought to begin with! When a war ends due to the exhaustion of resources with no real gains for any party, perhaps it is those who refused to support the war in the beginning whose cause is vindicated.

Those who resisted
Among these pilgrim pioneer war-resisters we might include the historic peace churches (Quakers, Brethren in Christ and Mennonites) plus many Methodists, Moravian Brethren and a small group called the Beverly Reformed Christians, among others. Many more residents of Upper Canada and the United States were still battle-weary from the American Revolution. Most of them in the Niagara District were recently arrived economic migrants from the U.S. Their allegiance to the Crown was nominal at best. These pioneers wanted peace and economic growth. They did not want to fall prey to the “War Hawks” and imperial powers.

Yet mythology is not the sole domain of warmongers. Among Mennonites, there may be some assumptions underlying mythologies concerning our forbears' whereabouts and activities during the War of 1812. There are probably some of us who would be content to envision the Quiet in the Land, those who locked themselves into their homes and waited until it was over.

Of course, this wasn't generally an option, except in a few cases where men literally hid in forests or caves to avoid being pressed into service. The actual whereabouts and experiences of Mennonites during this period include some surprising accounts ranging from bold tenacity and upholding non-resistance, to accommodation, perhaps profiteering at times, and servility to the state, even including enlisting in the militia.

Conscientious remembering
What was the “Mennonite experience” during the war? How diverse were Mennonite responses to the demands of the war? Why don't history books tell us more of the details of those experiences?

In my role as historian, and increasingly as genealogist while finding my own family history interwoven into parts of the narrative, I have attempted to collect and document those experiences. In two subsequent articles, I will share many of the details. For them, the War of 1812 was largely a time of loss and insecurity, the likes of which few of us have known in Canada.

Jonathan Seiling, of St. Catharines, Ont., is chair of the 1812 Bicentennial Peace Committee (Historical Commission) an organizing joint committee of Quakers, Mennonites and Brethren in Christ under the auspices of Mennonite Central Committee Ontario.  He has initiated and coordinated a planning process to erect historical markers and monuments in Niagara region, and to prepare for commemorative events to mark the bicentennial of the start of conscientious objection in Canada.

See also:
Part 2: On the margins
Part 3: Longing for peace in Niagara 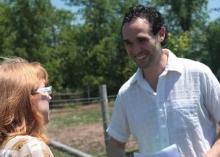 I attended your talk at the Waterloo Regional Museum about the war of 1812 today. It was very interesting and educational. It bothers me when people say no one won the war.The Americans attacked this country to expand their territory and they were defeated. If they had won we would be part of the States and I would not like that. I feel it is important to tell you that many people feel the way I do.

I live in Vineland and have driven past the Mennonite monument many times. Being of German heritage and my family’s genealogist, Vineland Cemetery with its history has fascinated me. I was dismayed to notice the wheels gone from the top of the bicentennial monument. Was it vandalism or weather damage? Or is it being refurbished? Johnathan Seiling’s article on the War of 1812 was very good. Landscapes of war are always paved over by the victors. My family fled Europe in 1953 after the economic devastation, when I was 6.