Solace in a subculture

Young woman expresses herself through fashion style originating in Japan 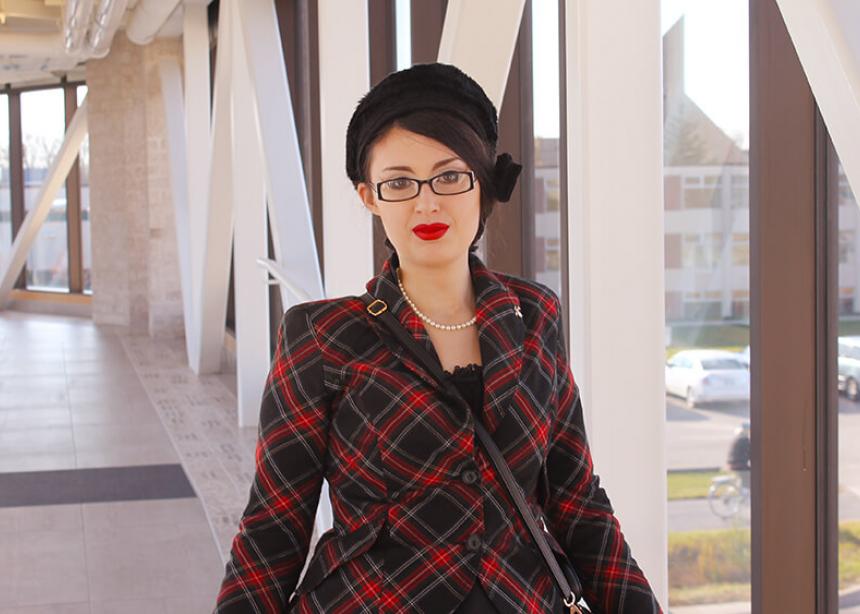 It takes Anna Chemar almost two hours to dress in her favourite style. The elaborate makeup alone requires 45 minutes. Carefully slipping into the clothes—bell-shaped skirt, blouse and corset—takes another 20 minutes. The rest of the time is devoted to final touches: wig, headdress and painted lips. When finished, she looks like a Gothic-styled doll.

Chemar developed an interest in Lolita fashion after graduating from high school. She was fascinated by the development of the style in Harajuku, the fashion district of Tokyo.

“It was contradicting western ideals,” she says with a small shrug. “Western clothing is very revealing. It’s there for sexual attraction.”

While some people first assume the fashion is linked to Lolita, the 1955 novel by Vladimir Nabokov, there is no connection. Rather, the fashion is about modesty. It developed as a call back to the Victorian era, and bloomed in popularity when guitarist Mana from the Japanese band Malice Mizer began wearing it.

“As a streetwear style, Lolita began to take popularity in the United States in the early 2000s—via imported fashion magazines and on Internet message boards,” according to a 2014 N.Y. Magazine article. “Today, strains of it are even evident in high fashion.”

Lolita isn’t a passing fad. It involves a conscious decision to devote oneself to dressing this way, a decision Chemar made. For her, Lolita fashion is a way to express herself. Some people close to her have disapproved of the style, though.

“People assumed because I wanted to dress this way, that I wanted my body to look a certain way,” she says. Chemar’s ex-boyfriend was especially critical. She has painful memories of their time together. In retrospect, she says he was only interested in her body.

Not long after they began dating, she was alarmed at his sexist comments. She remembered watching Wheel of Fortune with him and listening to him comment about Vanna White’s body. Although his attitudes were clear, she chose not to believe them.

Her downward spiral began in February 2012, only months after making the difficult decision to terminate a pregnancy. Her life was consumed by her relationship. She felt obligated to go to his house after school and work. Her coping mechanism was to stop eating and, at her lowest point, her body was so frail she broke her wrist. She was diagnosed with anorexia a year later.

Chemar’s boyfriend treated her better after the diagnosis, but she didn’t share his goals of marriage and a family. She was still sick, and her disinterest in spending time with him drove him to call her selfish. Chemar broke up with him in the summer of 2014 after a year of counselling.

Lolita fashion was how Chemar asserted her independence while she was with her boyfriend. All Lolita items are named, and in 2012 she secretly bought a skirt called Vampire Prelude.

“I didn’t want to admit that, yes, I had the power to do that,” she says. She bought the skirt for herself, not to impress anyone else. “It was the only thing that I could do.” While her boyfriend disapproved, Anna continued buying Lolita fashion items.

She made sacrifices, however. Vampire Prelude alone cost $350. Despite being a part-time English student at Canadian Mennonite University (CMU), Chemar is happy spending money on clothing.

“I’d have a lot more money to spend on school if I didn’t spend it on clothes, but this is how I express myself,” she says.

The Winnipeg Lolita community has been Chemar’s support. While the group is small, members enjoy spending time together around the city, accepting positive and negative comments with grace.

Katrina Brooks, 23, graduated from Canadian Mennonite University this past April with a bachelor of arts degree in English. She lives in Halifax. 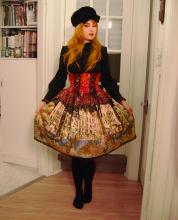 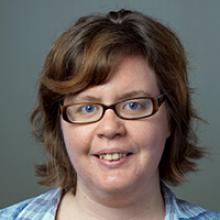 I love how this turned into a let's bash the ex boyfriend article almost right away. 6 different paragraphs mention him in a negative way while the journalist is obviously biased due to her friendship with Anna. I've been a good friend of the ex boyfriend since I was very young and can say that there is a lot of unfair hate directed at him here. He is an extremely loyal and kind individual and many people would agree with me. I stood by him as he was affected negatively in their relationship as well. I'm very offended by this article and request that it be taken down immediately. If you can't write an article without relying on bashing someone repeatedly then journalism might not be for you.