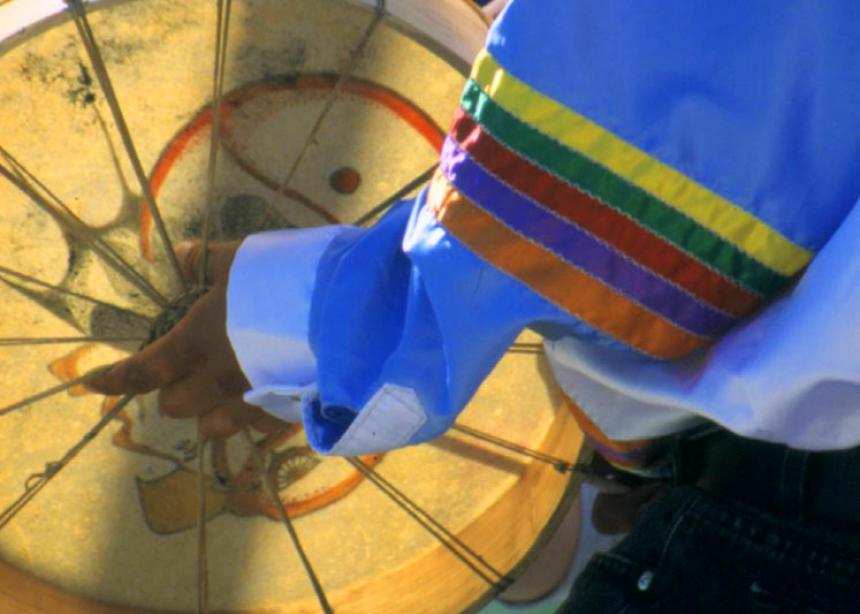 The landmark event was intended, in part, to promote reconciliation with Canada’s Indigenous Peoples. That goal will likely be achieved to a far greater extent than organizers ever imagined, but the path will be circuitous and theologically bumpy.

The 50th-anniversary celebration for Mennonite Central Committee (MCC) Manitoba was to include 1,200 guests, 300 participants, three choirs, a keynote address by former prime minister Joe Clark, and a hoped-for $100,000 in donations.

And it was to include the Buffalo Gals, an indigenous drum group based out of Winnipeg's North End Women's Centre. Their involvement was to be woven into the choral music, including as part of an original piece combining hymns and indigenous songs.

Their inclusion was to reflect the fact that “a very big part of MCC's history is relating to marginalized people,” said Ron Janzen, MCC Manitoba's executive director. It would have also reflected the fact that indigenous relations was one theme of the Nov. 15 event. Clark, an honorary witness of the Truth and Reconciliation Commission, had planned to speak about indigenous matters among other topics.

But just days before the event, MCC Manitoba called it off. As reported in the local and national media, the rented venue, Immanuel Pentecostal Church in Winnipeg, would not allow the Buffalo Gals to conduct their private smudging ceremony on church property.

As Janzen openly admitted, organizers never thought to double check that the smudge would be allowed until the week of the event. A last-minute scramble to find another venue failed.

Janzen said the decision to postpone the event was very difficult in terms of complications and costs, but not difficult in terms of knowing what needed to happen. The drum group was integral both to the musical performances and the spirit of the event. Janzen said consensus emerged quickly among the participants, including Clark, that the show could not go on without the Buffalo Gals.

MCC Manitoba has gone out of its way to take responsibility for the kerfuffle and to avoid pointing fingers at the church. Janzen attended Immanuel Pentecostal the following Sunday and was introduced to warm applause. He is hoping to sit down with church pastors in due course.

In an e-mail to Canadian Mennonite, Pastor Scott Bullerwell said he has agreed to such a meeting, and his church bears “no ill feelings” toward MCC.

Jaki Skye, who oversees the drum group for North End Women's Centre and participates in the group, said, “We hold no ill will toward the Pentecostal church.” A member of the group is willing to meet with representatives of the church to make things right.

Bullerwell said, “Christianity and native spirituality are incompatible,” as a number of Christian indigenous people have “solidly affirmed” recently. Many Mennonites would agree. Some would say practices like smudging and drumming are not of God and don't belong anywhere near a church.

First, Janzen said MCC's intent was never to send a message about  forms of spiritual practice. The intent was to “reach across social barriers” and “express the need for relationship and community,” allowing invited guests to observe their customs.

The smudging was not part of the event itself, but something the drum group does on its own before singing. MCC was comfortable with that.

Janzen is not alone. Skye said the Buffalo Gals have been invited into many churches over their 10-year history. Janzen estimated that of the considerable phone and e-mail responses MCC has received about this incident, 75 percent are in favour of MCC's decision.

Smudging was part of Mennonite Church Canada's Native Assembly this past summer, and numerous indigenous Christians—though not all, as Bullerwell notes—practise it.

Smudging involves a leader lighting a sort of incense—most commonly dried sage—in a shell or stone bowl, and then taking it around the circle or room, pausing silently in front of each person. One by one those people quietly gather a bit of the smoke in their hands and draw it over their head and body a few times. It is usually at the beginning of an event or gathering.

It is meant to calm participants, clear their minds and hearts of negativity, and focus them on doing things in a good way. It's hard to imagine God being displeased with that.

But western Christianity has traditionally been wary of anything that might be associated with other belief systems or cultures. There is a strong impulse to differentiate ourselves and to label certain practices as wrong or evil. That impulse, in its starkest form, says Jesus is the only way; the rest go to hell. The good news comes with corollary bad news. Very bad news. Not all Mennonites believe that, but those who do can muster considerable biblical backing.

Bullerwell does not speak in such blunt terms, but he did say, “The message of Christ will be bothersome to some and I cannot assuage the pain, grief or angst it might cause,” adding that a Christian's calling is to “mediate the love of Christ with the life-changing force of the gospel.”

The matter is complicated by cultural lenses. We white Christians tend to unknowingly associate Christianity with our music, our language, our order of service, our potluck casseroles. It's what we know. And it's okay, as long as we recognize that an abalone shell cradling a smouldering bundle of sage is probably just as close to Jesus' cultural experience of faith as shiny stackable trays of tiny juice cups passed along rows of pews while an organ plays hymns in a church with pointy-topped windows. After all, Jesus was more brown than white.

At times, Christians have shared good news in gentle, humble ways, but too often we have cared more about strictures than reaching out to marginalized people and understanding the least of these. We have left a wake of hurt throughout the land and throughout history. That should give us pause.

How, we might ask, can we contribute to healing and reconciliation if our starting point is that the preferred forms of healing for many indigenous people are evil? What exactly is the good news we bring?

Was MCC serving in the name of Christ by standing with the Buffalo Gals—some of whom are residential school survivors—or just the opposite?

Clark said in an e-mail: “It seems to me that a generosity of spirit is at the heart of both Christian and Canadian aboriginal beliefs, so there should be a strong mutual interest in demonstrating mutual respect. That is unusually important in this time when there is such a clear need to restore the respectful partnership that was established historically between Canada’s original people and the settlers who have come here over centuries.”

MCC Manitoba is working on a new date and Clark said he looks forward to participating. When that day comes, I'm sure he will receive a warm welcome from the audience. But I expect the warmer reception will come when the Buffalo Gals step onto the stage.

As Skye said, “Things happen for a reason.” 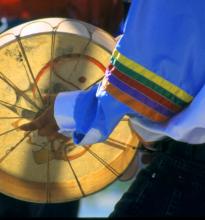 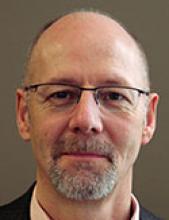 Writer Will Braun has been disingenuous in his definition of the traditional act and meaning of smudging, as well as the traditional Christian belief about other religions and cultures. There are two distinct religions in the world: one that is authored by, acceptable and pleasing to God, and the one which is not. No amount of consensus building or big name endorsement will render shamanism and demonism acceptable to Christ or His Spirit-filled followers. As an aboriginal descendent, I say that Butterwell has well stated the Christian position and nothing was ever more attractive to marginalized people throughout the ages than the freedom from the slavery to sin and Satan that is offered in the gospel of Jesus Christ. That is a truth that transcends all cultures, and yes, it is absolutely exclusively through Jesus Christ - in whom is eternal life and without whom there is no hope of forgiveness and peace with God here or in the afterlife. I believe the Buffalo Gals who claim to be Christian may well be able to "do all things through Christ who strengthens" and may also "possess a peace that surpasses all understanding" by trusting and relying on Christ's finished work, confessing their sin, and repenting of ancient pagan practices. In the end MCC and Joe Clark are not the authority, and IPC acted consistent with the position of traditional Christianity. Nothing is more loving and inclusive than being obedient to God's Word and the words of His Son, Jesus Christ, and inviting all to enter in to that hope also.

In response to recent letters about pagan practices not compatible with Christianity. Pagan is often used as a derogatory word for any non-Judeo/Christian/Islamic religion.

Let us set aside previous comments about the common use of the Christmas tree and the Easter bunny; the substitution of the Christian festival of Christmas for the celebration of Saturnalia and winter equinox; the substitution of Easter for common pagan celebrations of fertility and rebirth at the beginning of the growing season and spring equinox.
They took the names of the pagan holidays and gave them Christian names

Jesus was a Jew.
The god as man or man as god paradigms are considered heretical within Judaism but match well with the Pagan culture where the early church found fertile ground. Christology echoes many aspects of the pagan cultures that preceded it.

The worship of a god man is a story repeated many times in pagan culture before the story of the life of Jesus.

Let us approach other cultures with the respect and dignity that they deserve. Indigenous culture offers us a deep spiritual connection to this land.

Give us eyes that see and ears that hear.

Please check with me if you intend to publish.
Withholding my name may be appropriate.