A conversation on repudiation 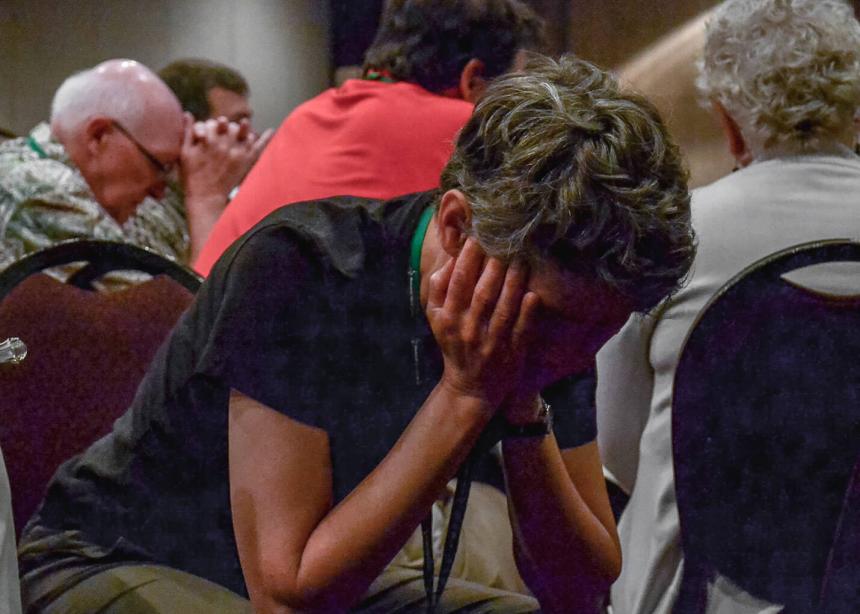 In July 2016, Mennonite Church Canada joined a growing number of Canadian and American church bodies that have officially repudiated the Doctrine of Discovery. Assembly delegates passed a resolution recognizing that the Doctrine is “fundamentally opposed to the gospel of Jesus Christ and our understanding of the inherent dignity and rights that individuals and peoples have received from God.”

Sara Anderson and Joe Heikman, whose conversation appears below, were part of the group that organized this resolution.

Anderson lives and works on unceded, unsurrendered Anishinaabeg (Algonquin) territory in Ottawa. She is of indigenous and non-indigenous ancestry, works for Kairos Canada in the role of reconciliation education project coordinator, and is a member of Ottawa Mennonite Church.

Heikman enjoys listening and learning on Treaty 6 territory in Saskatoon. He works as pastor of Wildwood Mennonite Church.

JH: Working for Kairos Canada, you (Sara) have experience facilitating paths of reconciliation between settler and indigenous groups. Now that MC Canada has formally repudiated the Doctrine, what do you see as the next steps that our national body should pursue?

SA: The resolution called for the formation of a working group that will lead the national church in our journey towards reconciliation, beginning with the Calls to Action from the Truth and Reconciliation Commission. I think the first step is the inclusion of both indigenous and non-indigenous voices in that working group. This won’t be easy for our church, given that we are white-dominant and there are very few indigenous members, but we absolutely need indigenous voices and leaders.

Reconciliation is a long journey, and partnerships are essential. What would it mean for us to commit ourselves to building these relationships and holding on to them through thick and thin? If we want to avoid repeating the colonial patterns that the broader Canadian church has practiced, this will be critical.

JH: I see many individual Mennonites who are committed to living the work of reconciliation. For me, that begins by intentionally adopting a posture of listening to indigenous leaders, grassroots and otherwise. As part of a majority culture, many of us are used to setting agendas and directing conversations, but listening and following are more helpful at this stage. We need to create space for the voices that have been silenced, and are presently shut out.

Our national body has demonstrated some helpful ways of doing this: inviting indigenous leaders to open church gatherings, participating in gift-giving and peacebuilding rituals, and using treaty numbers or indigenous place names in addresses. These are things my congregation can do as well. What other suggestions do you have?

SA: One of the best ways to undo the Doctrine and its legacy is to build relationships with the indigenous nation(s) on whose traditional territory we walk, work and worship, and with other settler friends and colleagues engaged in this journey. So yes, we should try to make territorial acknowledgements an integral part of our congregational services, and we should include local indigenous groups in our prayers and liturgies for peace, reconciliation and justice.

But we also need to get out there and meet indigenous people. Host a movie night featuring an indigenous filmmaker for our neighbourhoods. Have a potluck for community members. Invite an elder or traditional knowledge keeper to come speak to our congregations on the priorities and issues for the local indigenous nation(s) and how we can become involved.

JH: Many indigenous communities also host annual public events like powwows or treaty ceremonies that are great places to start. My congregation tries to include these types of events in our regular communications.

I know that making these initial connections can seem daunting. In my experience, indigenous neighbours often feel the same anxieties but, more importantly, they value these relationships. Even as an oft-ignorant settler, I’ve been welcomed at powwows, potlatches (historically, gift-giving feasts practiced by indigenous peoples of the Pacific Northwest Coast of Canada and the United States, among whom it is traditionally the primary economic system) and sacred fires, and have always found someone willing to help me navigate the cultural differences. An attitude of respect, a desire to learn and a good sense of humour cover a multitude of social blunders.

SA: Having other hands to hold as we venture out into these connections can be really helpful. We should make sure that our congregations are aware that we are not on this journey alone. In fact, reconciliation in the Canadian context between indigenous peoples and settlers almost requires an ecumenical attitude. Let’s discover what other denominations or settler colleagues are doing in our area and see if we can join in. A lot of these groups are active on social media.

JH: I’ve found that as well. At the same time, I wonder if there’s anything specifically “Mennonite” that we’re being called to in this task of repudiating the Doctrine.

SA: Definitely. I’ve heard from a number of Mennonites, “How does this relate to us? The Doctrine was a medieval product of the Catholic Church in collaboration with various European nation states, so why does this affect us now in 2016?”

It’s a good question. We have to find ways to help our community understand that the Doctrine has ongoing implications for indigenous peoples. Moreover, we need to identify the various ways that we Mennonites benefit from the contemporary legal systems supported by the Doctrine.

Despite our roots as a persecuted church on the margins, Mennonites in Canada were, historically, given the opportunity to settle on land that was often cleared or taken from indigenous nations. We were allowed to practise our own spiritual and cultural customs, and to know and celebrate our history, rights that have been denied to many of our indigenous neighbours.

JH: You’re right. Much of what we value—our work ethic, our agricultural and business success, our education and institutions—was and is enabled by systems that favour some groups over others. That piece of critical self-reflection is so important, but we have so many defences in place to keep us from seeing ourselves clearly.

I participated in an Indigenous Peoples Solidarity delegation with Christian Peacemaker Teams several years ago, and we spent about a week breaking down those internal defence mechanisms. It was difficult, emotional work, but if we don’t go there, we won’t be able to genuinely relate to our neighbours.

SA: Let’s be honest. Many of our congregations won’t be able to enter spaces like that. It’s pretty unsettling. So we need individuals to take up that heart and head work, the nitty-gritty of examining and decolonizing our own attitudes and beliefs.

We must challenge racist attitudes about indigenous peoples in Canada. We have to learn how to become settlers who do not speak for, or on behalf of, indigenous peoples, but walk alongside and behind indigenous neighbours in the journey of reconciliation.

That’s tremendously difficult. It takes trust and strength. And it leads us back to the need for real relationships. I encourage folks to make those connections by visiting a local friendship centre, band office, museum or cultural centre, to find out how we can support indigenous-led projects of resilience and reconciliation.

JH: When we passed the resolution to repudiate the Doctrine, my sense was that it was done with serious intentions. There’s a real desire to do right. But I believe there are some places that this path must lead us that we haven’t openly acknowledged.

One is working out our theological understanding of how Christianity relates to indigenous spirituality. The Doctrine of Discovery was based on the premise that our religion was better than indigenous pathways, so much so that the latter should be erased.

The Truth and Reconciliation Commission has stated that one of the most devastating impacts of church mission and the residential school system was spiritual violence—destroying indigenous beliefs and ways of living for individuals and communities. Justice Murray Sinclair has repeatedly stated that reconciliation must include recognition from the church of “aboriginal spirituality as valid and as an equal means of worship” as Christianity.

Some Mennonites are open to this. Many are not. Either way, the conversation about how our faith relates to the marginalized religious traditions of these lands is a significant one that we need to pursue.

SA: For me, this gets to the heart of repudiation. Underlying the Doctrine was the belief that European settlers were bringing civilization to “savage” people. This “civilizing mission” rested on a belief of racial, cultural and spiritual superiority.

Are these beliefs a part of our Anabaptist faith and traditions today? And if so, what would it look like to confront these beliefs? Part of this work includes re-examining the biblical texts that have been used to legitimize the Doctrine.

How do we understand, for example, Old Testament stories of divinely sanctioned conquest and occupation, or the Great Commission of Jesus, which has been used to devalue indigenous cultural and spiritual practices? Are there other ways to read these scriptures, particularly from the perspective of traditionally marginalized voices?

What will we learn if we include in our reading circles indigenous people and those from other denominations? Moreover, what would we learn if some of us ventured beyond our traditional spiritual boundaries to humbly learn about, and participate in, indigenous ceremonies and practices? As Mennonites and other faith groups move forward with the work of reconciliation and repudiation, all of us will have to grapple with these questions.

Originally published in ‘Yours Mine, Ours: Unravelling the Doctrine of Discovery,’ a special fall/winter 2016 issue of Intotemak. Republished by permission of Intotemak and the authors. 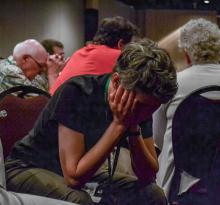 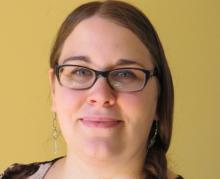