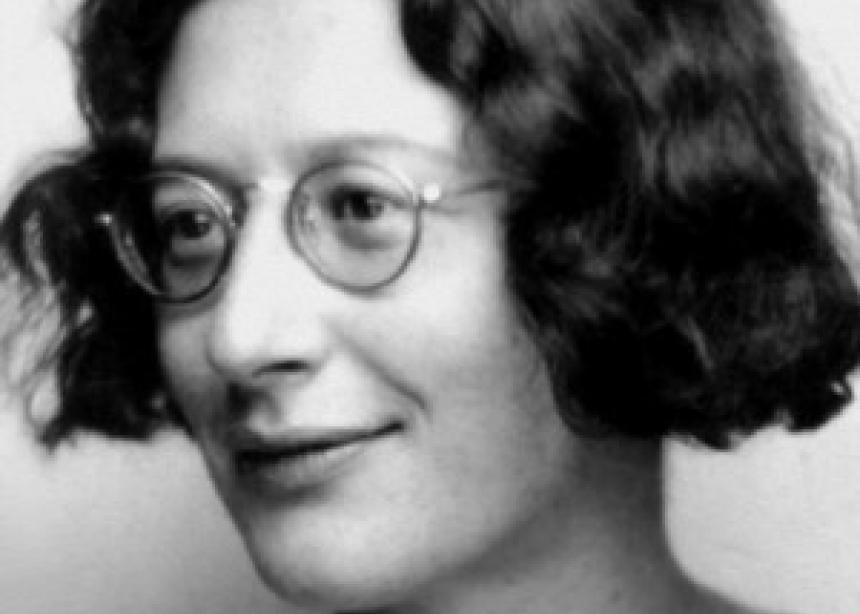 The Anabaptist-Mennonite tradition arose in a context of great suffering. If you’ve ever done any reading (or even leafed through!) the Martyr’s Mirror (a collection of the stories of Christian martyrs from Jesus’ time to the 16th century), you know that our spiritual forbears underwent brutal torture and even death for their faith. Yet we as present-day North Americans find this mindset foreign, even incomprehensible.

In our cultural context, we’re encouraged to avoid suffering—or really any kind of self-denial—at all costs. The media constantly bombards us with messages that we “deserve” this or that, or have “earned the right” to buy everything we want to, that we should “indulge” ourselves with this or that luxury, that we should always seek that which furthers our own happiness and try, as much as we can, to pretend that the suffering of others does not exist.

The twentieth-century philosopher Simone Weil provides a lot to think about on the subject of suffering—she has been called a mystic, an activist, even a martyr, because of her unique and somewhat extreme take on suffering. Her life:

So why did Weil live in this seemingly self-destructive way? Tanis MacDonald writes, “Weil was adamant that she starved so that others—children, the Chinese, French soldiers in WWI, Spanish peasantry, factory workers earning bitterly low wages—might eat, on both a literal and spiritual level.”[2] In other words, she wanted her chosen suffering to alleviate the suffering of others.

What did she mean by this? First, it was linked to her interpretation of the cross as God’s act of “pure love” for humanity, God’s greatest act of solidarity with the most humiliating and dehumanizing suffering of humanity. She called Christianity the religion of “slaves” and argued that Christianity does not overcome suffering but presents “a supernatural use for it.” Weil believed God calls us to emulate this act of loving solidarity, to the point of renouncing our egos and surrendering to God’s love. This is what motivated her to live the way she did, taking on difficult work and putting herself in danger, in order to stand in solidarity with the suffering or “affliction” of others.

Secondly, this relates to her notion of “attention,” which she thought should be applied to all areas of life; one should particularly pay attention to one’s neighbours and their needs, something which she thought was rare, since our natural tendencies are to exaggerate our own difficulties and blame others for theirs, or ignore them altogether. She wrote, “The suffering all over the world obsesses and overwhelms me to the point of annihilating my faculties and the only way I can revive them and release myself from the obsession is by getting for myself a large share of danger and hardship.” Elsewhere, she writes, “The love of our neighbour in all its fullness simply means being able to say to him [or her]: ‘What are you going through?’”[3]

Weil has a lot to teach us who live in a context which is unable to deal with suffering. We often don’t know what to do about suffering and thus we ignore it. But I don’t think God calls us to seek suffering for its own sake either. It’s not about the suffering itself, but about our willingness to look beyond ourselves and to take a stand for others, in emulation of Christ, including our being willing to suffer the consequences of our convictions, whatever they might be.

Weil’s idea of attention is really key—God requires of us to pay attention to others and to acknowledge their suffering. Even when there is nothing we can do to change their situation (because we cannot always “solve” the problems of suffering we encounter), we can at least stand in solidarity and empathize with those undergoing hardship and share in their suffering in this way. Weil crucially prompts us to discern concrete ways of practicing this “attention” to the suffering of others.

But as much as I admire Weil the philosopher and activist, I have also always been haunted by her story. Mennonite poet Sarah Klassen’s book, Simone Weil: Songs of Hunger and Love, best captures the ambiguous beauty and tragedy of Weil’s short life. Klassen’s poems, which are written from Weil’s perspective, poignantly describe Weil as “born hungry. / Nothing in the whole world would ever be enough” to satisfy her “unearthly appetite.” Toward the end of her life, Klassen has her say: “at last I wanted to eat / nothing but God whom I wanted to swallow whole.” “It’s true […] / a person could die / or live forever with such hunger.”

But Klassen also allows a note of doubt, as she has the dying Weil wondering, “Why don’t they / seize me violently by my frail shoulders, / grasp my transparent hand in theirs and ask: / Are these things true?”[4]

Here, I’ll leave the last word to theologian and activist Dorothee Söelle (who else?!). Though she agrees with and often cites Weil’s theology of suffering and attention, like Klassen, Söelle also writes a poem that rails against Weil’s self-destructiveness and mourns a life and a body of writings cut short: 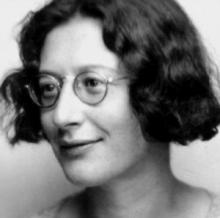