The peace of resurrection 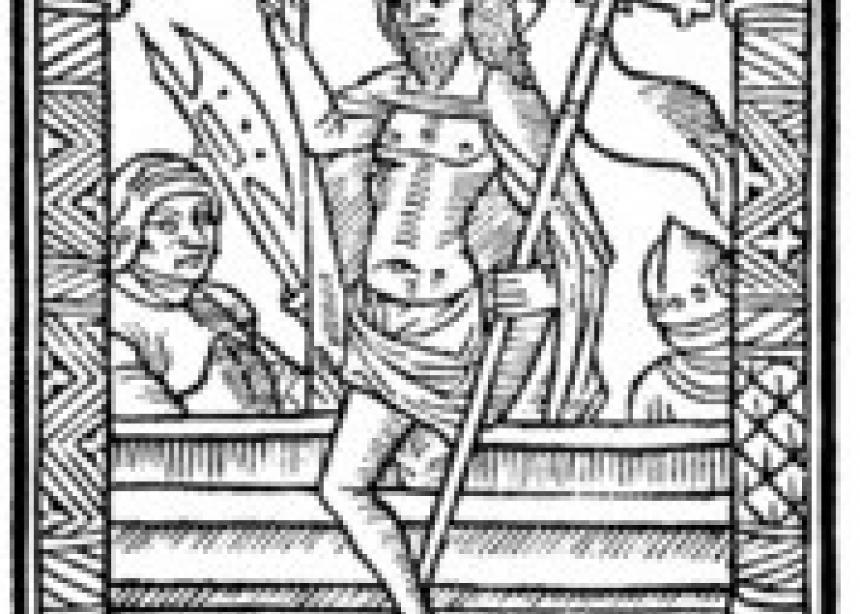 The resurrection as a peaceful response to violence. (16th-century engraving by Jean Tisserand, from Wikimedia Commons)

<p>The resurrection as a peaceful response to violence. (16th-century engraving by Jean Tisserand, from Wikimedia Commons)</p>

Here we are, a couple of weeks post-Easter, and I’m still thinking about the resurrection. Have you ever considered the resurrection as symbolic of peace and nonviolence? And don’t worry, I’m going somewhere with this—it’s not just another instance of the Mennonite tendency to reduce everything to either Jesus or peace!

American Mennonite theologian J. Denny Weaver makes the case that the resurrection of Jesus Christ is a key sign or revelation to us that our God is a God of peace and loving-kindness or steadfast love (Hebrew: chesed). Think about it. A lot is often made of the idea of God’s wrath or the violence of divine judgment. But when Jesus Christ, God Incarnate, was crucified, what was God’s response? It wasn’t death and destruction, but the undoing of violence through the new life of the resurrection—in other words, it was a peaceable response!

In Weaver’s view, this also constitutes an invitation for believers to “walk in the resurrection,” as understood by the early Anabaptists, as living within the (nonviolent) reign of God already now. He continues, “It is an invitation to enter a new life, a life transformed by the rule of God and no longer in bondage to the powers of evil that killed Jesus. . . . Christians, Christ-identified people, participate in the victory of the resurrection and demonstrate their freedom from bondage to the powers by living under the rule of God rather than continuing to live in the power of the evil that killed Jesus.” [1]

I invite you to think about God’s power as revealed in the resurrection. This is not the kind of power which perpetuates cycles of violence and revenge, but one which transforms domination into love, death into life, and violence into peace. And not only that, but God invites us to participate in this life-giving power, making possible our acts of peace even in a world of violence, and walking with us already now in the new life of resurrection. 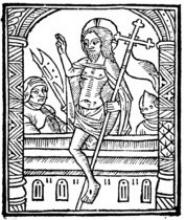 The resurrection as a peaceful response to violence. (16th-century engraving by Jean Tisserand, from Wikimedia Commons)