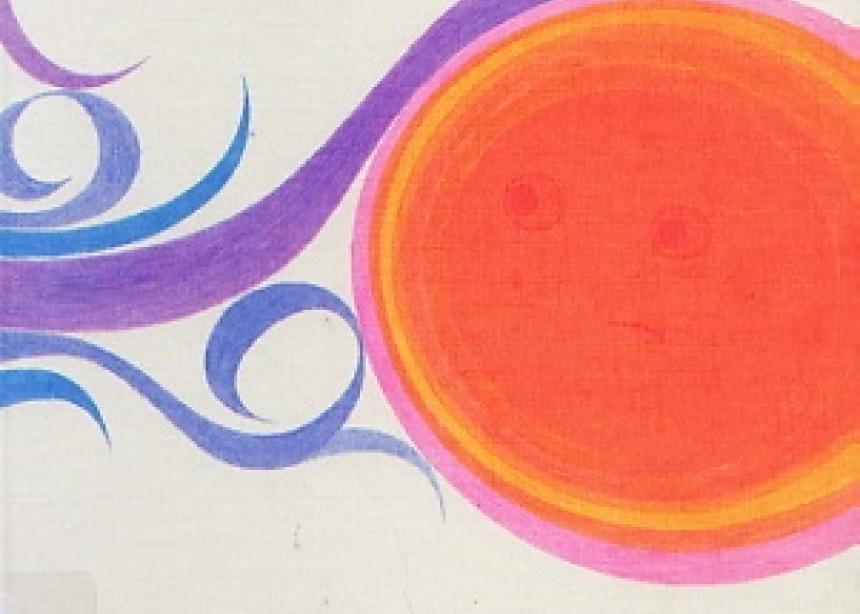 The cover of the children’s book The Sun and the Wind, retold by Cornelia Lehn and illustrated by Robert W. Regier.

<p>The cover of the children’s book <em>The Sun and the Wind</em>, retold by Cornelia Lehn and illustrated by Robert W. Regier.&nbsp;</p>

With Peace Sunday past, we approach the time of waiting for the Prince of Peace to be born, so I wanted to share a few children’s books on peace which have been getting repeat reads at my house lately. None of them are explicitly theological or faith-based, but they convey ideas which resonate with Mennonite peace theology, and thus plant the seeds of peace in the imaginations of toddlers and young children like my son.

The Sun and the Wind: An Aesop Fable Retold by Cornelia Lehn, illustrated by Robert W. Regier (Faith and Life Press, 1983)
I read this book as a child and was happy to come across its retro charm again. It tells the story of the sun and the wind arguing over which is stronger: love or force. “‘Nothing is stronger than force,’ howled the wind. ‘I can make people do anything I want them to if I blow hard enough!’ ‘Love is much stronger than force,’ smiled the sun. ‘When I shine warmly, people want to cooperate.’” They try out their theories on a man walking by, trying to get him to take off his coat; the wind fails and the sun succeeds, proving the strength of love. The idea that love works, that cooperation is stronger than domination, is something that adults often forget or cynically denigrate as naive. This book is a poignant reminder not to dismiss the profound power of a peaceful approach to conflict and relationships of all kinds.

I also came across a different, exquisitely illustrated version of this fable by Brian Wildsmith, entitled The North Wind and the Sun (Oxford, 1986). It ends by spelling the moral of the fable out a little more fully: “So the Sun was able to achieve by warmth and gentleness what the North Wind in all his strength and fury could not do.”

The Three Little Wolves and the Big Bad Pig, by Eugene Trivizas, illustrated by Helen Oxenbury (Aladdin Paperbacks, 1993)
This is an updated and reversed retelling of the classic story of the Three Little Pigs. In this version, the Three Little Wolves build stronger and stronger houses, and the Big Bad Pig destroys each one. Realizing that this tactic isn’t working, the wolves decide to change their approach and (spoiler alert!) build a house made entirely of flowers: “It was a rather fragile house, and it swayed in the wind, but it was very beautiful.” This house precipitates the pig’s change of heart, and the four of them end up becoming friends.

In humanizing—or I should say anthropomorphizing—the wolves, animals which play the role of the villain/enemy in many, many fairy tales, this book shakes up the categories of “good guys” and “bad guys,” and reinforces this shake up by ending with a fairly realistic reconciliation: “At first the three little wolves were a bit worried. It might be a trick. But soon they realized that the pig had truly changed, so they came running out of the house. They started playing games with him.” It also interrupts the narrative of security, showing how building a stronger and stronger house led to the escalation of the pig’s destructiveness. What finally breaks the cycle is the vulnerability of the wolves in their beautiful house of flowers, which leads to the transformation of their relationship with the pig. In this sense, I think it ends up reflecting Jesus’ teachings and example of loving neighbours and enemies alike.

The book is recommended for ages 5 to 9, but my son enjoys it already at 2, even if he doesn’t get all the nuances of it. (I’ve said it before: it’s never too early to introduce these ideas!)

The Peace Book, written and illustrated by Todd Parr (Little, Brown and Co., 2004)
Rather than telling a story, this book names examples of what peace is and illustrates each with simple, brightly-coloured drawings. Together, these examples define peace in a broad, holistic way encompassing interpersonal relationships, social justice, diversity in communities, and care for the natural world. Some of my favourites:

I appreciate the concrete way in which peace is spelled out in this book, which empowers kids to make peace themselves in their everyday lives. To my mind, it also resonates with the Hebrew/Old Testament notion of peace as shalom, which means health or well-being, right relationships with God and each other and the earth, and each person having enough to meet their needs (a home and a garden). Though it’s simple enough to appeal to toddlers, this book conveys the profound insight that peace touches all aspects of our lives.

If you’re looking for books for the kids in your life to read over the Christmas/winter break, CommonWord resource centre has The Sun and the Wind  and The Three Little Wolves and the Big Bad Pig  (among many other children’s books on peace), and I found The Peace Book at my public library. If you’re able, why not get these books for your church library or local public library, so lots of kids can enjoy and learn from them! 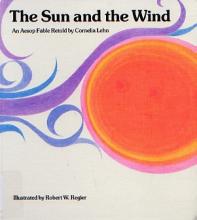 The cover of the children’s book The Sun and the Wind, retold by Cornelia Lehn and illustrated by Robert W. Regier.