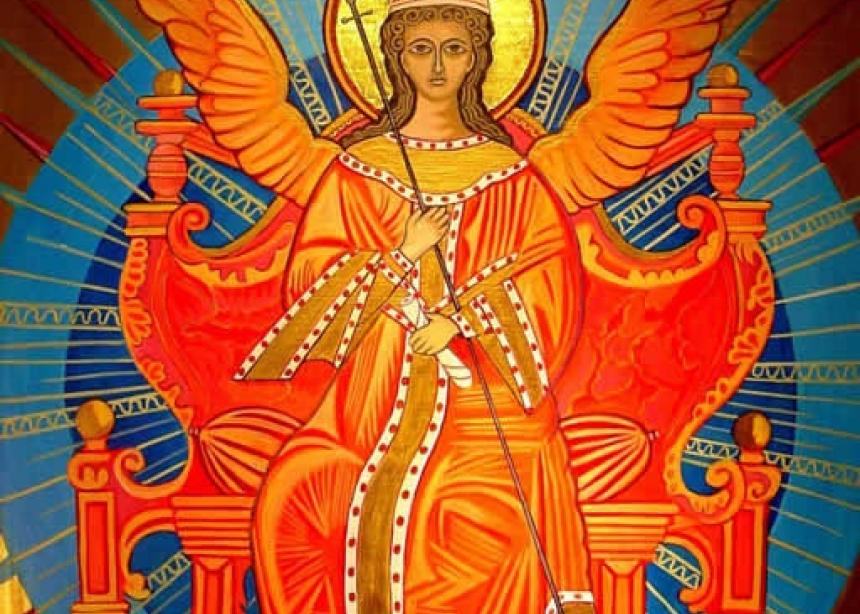 Earlier this year I was invited to give a lecture on feminist Christology to a class of undergraduate students. Now feminist Christology is something very dear to me, even though a lot of people’s eyes glaze over with incomprehension when I say those words! Briefly put, it’s about who Jesus Christ is in women’s experience. Feminist theologians have been particularly critical of how Christ’s gender has been assumed to represent the maleness of God within the Christian tradition, which has problematically suggested that women are somehow inferior images of God and unable to fully follow Christ (for instance, this comprises part of the argument against the ordination of women as priests in the Catholic tradition).

In her 1983 book, Sexism and God-Talk, Catholic feminist pioneer Rosemary Radford Ruether addressed some of these concerns, asking, “Can a Male Savior Save Women?” Many feminist theologians, including Ruether, address this question by imaging Christ as female, as “our sister,” as Christa. [1] I introduced this idea to the class, and was struck by their responses and reactions, and the questions which this new theological idea raised for them. I wanted to share some of these questions here:

Yes! Have you ever read the Old Testament passages about Woman Wisdom and noticed the remarkable similarities between Wisdom and Jesus? They both preach in the streets and serve a meal of bread and wine, and both are identified as the first-born child of God, present at creation? Wisdom Christology is a neglected and very biblical example of how Jesus Christ can be imaged as a female figure (see Proverbs 1, 8, and 9 especially). Jesus also speaks about himself as a mother hen, gathering her chicks under her wings (Luke 13, Matt. 23). These biblical precedents have allowed Christian mystics throughout the ages to be comfortable with imaging Christ in female terms, such as Julian of Norwich’s image of “mother Jesu” (14th century).

Instead of imaging Christ as female, some feminist theologians turn to the most important woman in the Christian tradition: Mary. But the problem is that we soon end up with separate, gendered, “his” and “hers” saviours! I agree that Mary of Nazareth is an important member of the “cloud of witnesses”—she’s an example of dedicated faith and someone who highlights importance of women and motherhood, especially when you think of her guiding Jesus in his faith as she raised him. But I don’t think it’s helpful to see her as a female saviour alongside Christ. Since, as I said above, female imagery for Christ is already present in the Bible, Christ/a, as God incarnate, overflows maleness and femaleness.

What about the historical Jesus?

It’s of course important not to lose sight of the biblical-historical Jesus, whose Incarnation, life, death and resurrection, give concrete content to our faith. But looking again to the Bible, we find that Jesus didn’t let the gender conventions and taboos of his day dictate how he behaved. Jesus wasn’t even supposed to speak to women in public (his disciples were surprised to find him talking to a woman in John 4:1-28), yet he befriended women, engaged with them as equals, and was even corrected by the Syrophoenician woman (Mark 7:24-30)!

Does this replace the male Jesus?

I’m not advocating that the Christa now be the one and only image and name for Jesus—the problem identified by feminist theologians is precisely that to image Christ only as male was too narrow an understanding, so it wouldn’t help to just do the same thing in reverse! As I see it, the Christa, Wisdom, and other names for Christ—True Vine, Lamb of God, Light of the World, etc.—should all be part of how we view, worship, encounter, and follow Christ/a, in the same way that there are many names for and images and experiences of God.

Why should we view Christ as Christa? 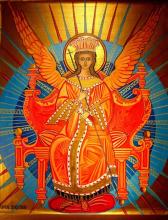