Mennonite author Barbara Nickel of Yarrow, B.C., launched her new children’s historical novel, Dear Peter, Dear Ulla at the Mennonite Heritage Museum in Abbotsford on Nov. 6, following a virtual book launch in October from her home province of Saskatchewan. The book tells the story of two 12-year-old cousins at the start of the Second World War, Peter in a Mennonite farming community in Saskatchewan, and Ulla in Danzig, Germany. The two have never met but develop a relationship through letters as pen pals. When the war breaks out, both youngsters must deal with such issues as bullying and prejudice in their individual lives, as they question whether they are now supposed to be enemies because their two nations are at war. At the Abbotsford event, Nickel read selections from the book, accompanied by appropriate piano music (the character Peter is a talented pianist). Desserts were provided afterward in the museum’s café while Nickel signed copies of the book. Dear Peter, Dear Ulla is published by Thistledown Press. 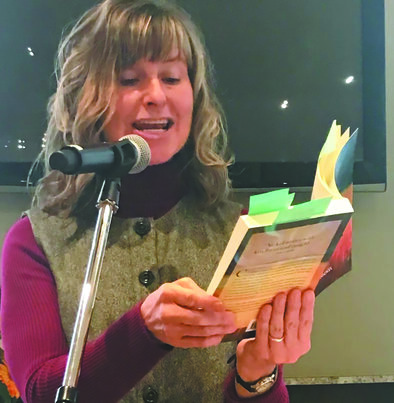