Hutton is one of many young adult Mennonites in Manitoba who will head to voting stations to decide who can best lead the province for the next four years. 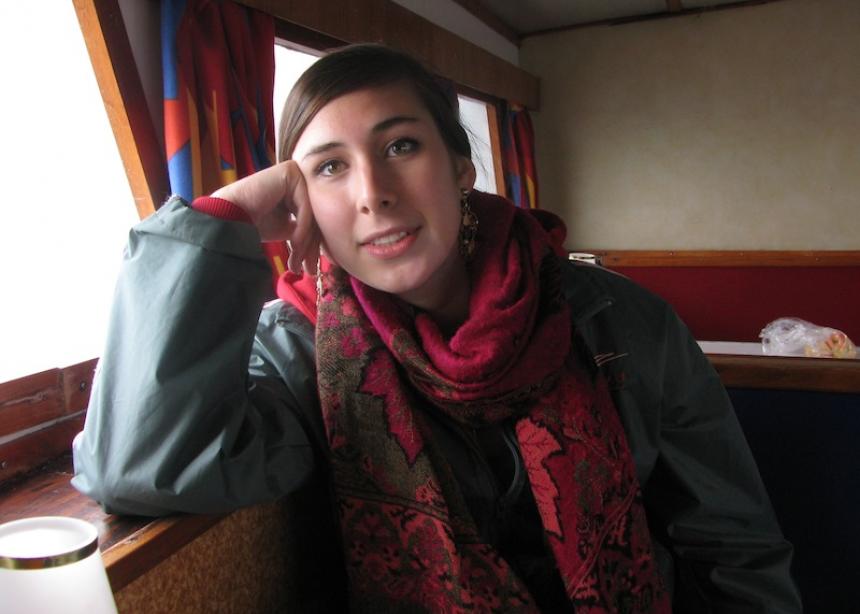 Kelsey Hutton already knows who she is voting for when Manitobans head to the polls for this month’s provincial election: the NDP.

For the past three weeks, Hutton has been working for the party’s election outreach team, knocking on doors and talking to people about the party’s platform. “I really believe that the NDP should win,” she says. “Knocking on doors is a big thing that wins elections,” says the 23-year-old, who attends Hope Mennonite Church, Winnipeg. “It’s hugely time-consuming, but I want to do my part.” Hutton estimates that she and her team have spoken with more than 4,000 people since Sept. 9, the Friday after the election was announced.

As someone concerned about the poor and the environment, Hutton feels the NDP’s values are most in line with her own. “I know realistically when we vote for an MLA [member of the legislative assembly], we can’t control what they do or what decisions they make,” Hutton says. “What I feel like I’m controlling when I vote for a party is the base values that are going to influence the decisions that MLA makes.”

Hutton is one of many young adult Mennonites in Manitoba who will head to voting stations to decide who can best lead the province for the next four years.

Stefan Epp (no relation to the writer) doesn’t say who he’s going to vote for, but key issues he’s considering before he casts his ballot include support for social programs, poverty reduction and the environment.

“Those have always been important issues for me, in part guided by my faith,” says the 26-year-old, who attends Home Street Mennonite Church, Winnipeg. “I think it’s important that our society cares for ‘the least of these’—that our society is a compassionate [one] that cares for those who need [the] most.”

Epp works at Food Matters Manitoba, a registered charity that engages Manitobans toward healthy, fair, sustainable food for everyone. He says that innovative food strategies can be part of the solution to many of the top concerns identified by Manitobans, including healthcare, the economy, strong communities and the environment.

“Food-related programs have been shown to dramatically reduce healthcare costs for some chronic diseases,” Epp says. “We have a rapidly escalating diabetes rate in Manitoba, so investing in healthy food and nutritious food programs could result in huge savings for our province and allow us to use our resources in other ways.”

Epp says that the election hasn’t come up much in conversation with his friends, but thinks that their concerns are similar to his own.

“We are all fairly politically aware and engaged, and I think issues of building a socially just society [are] important to all of my friends,” he says. “Some would have more of an emphasis on environmental issues [and] some would have more interest in community concerns around poverty in particular.”

Engaging those sorts of issues is exactly what Mennonites with a concern for peace and justice are called to do, says Steve Plenert, the peace program coordinator at Mennonite Central Committee Manitoba.

“At times, Mennonites have been referred to as the quiet in the land,” Plenert says. “However, many Mennonites, at least here in Manitoba, are amongst the privileged in the land, or even the powerful in the land. As such, it is our responsibility to speak to wealth and power, and that includes political power. . . . Our task is to speak to the way of Jesus and that, I believe, is the way of peace and justice, especially for those who don’t receive or aren’t able to speak for it on their own.”

Besides the Manitoba election on Oct. 4, Canadians are going to the polls in seven other jurisdictions within the next month: Prince Edward Island and Northwest Territories (Oct. 3), Ontario (Oct. 6), Newfoundland/Labrador and the Yukon Territory (Oct. 11), Saskatchewan (Nov. 7), and British Columbia (Nov. 19).

Aaron Epp is one of the regular writers for Young Voices. 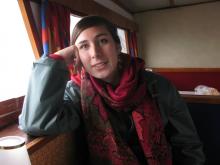