‘You have blessed us’ 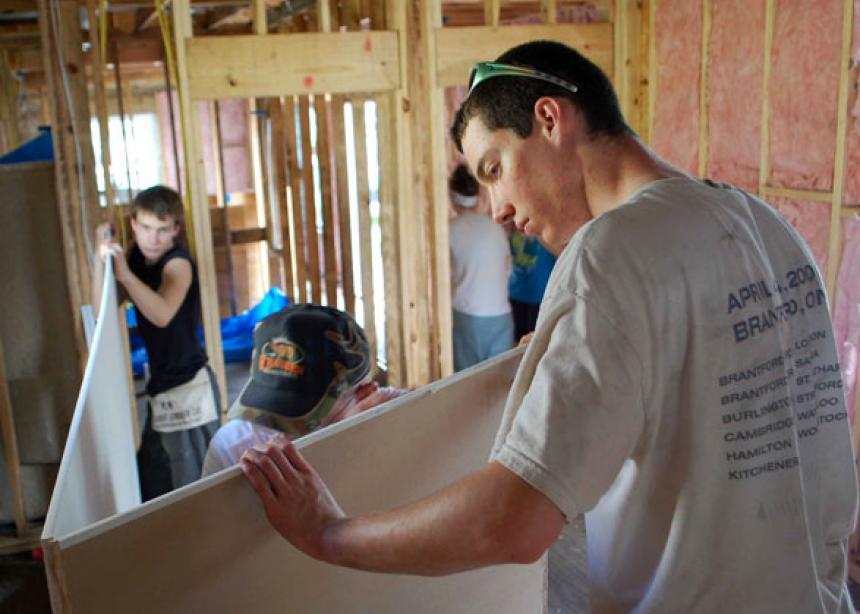 After spending seven years and $8 million responding along the Gulf Coast to hurricanes Katrina and Rita, Mennonite Disaster Service (MDS) has formally closed its last project in the region. About 70 MDS personnel, Mennonite leaders and local pastors, disaster response workers and community members gathered on May 16 at MDS headquarters in New Orleans for a commemoration ceremony.

The “Passing the Torch” event celebrated MDS’s work along the Gulf Coast, the longest continuous effort in its 62-year history. Hurricane Katrina—the costliest and one of the five deadliest hurricanes ever to strike the United States—ravaged the Gulf Coast in late August 2005. Days later, MDS volunteers began clean-up work. Less than a month after that, Hurricane Rita—the fourth-most intense Atlantic hurricane on record—struck much of the same area.

At the May 16 event, Pastor Charles Duplessis, who lost not only his house but also the meeting place of his congregation, Mount Nebo Bible Baptist Church, thanked MDS for its work. “Individually and collectively you have blessed us,” he said. “I want to thank you for loving God and for loving people, whether they know God or not. God has been good to you because of your service. God has been good to us because of your service.”

MDS volunteers built Duplessis a new home, which currently doubles as the congregation’s meeting place. His former house was swept away when a wall of water broke through a levee and surged through New Orleans’ Lower Ninth Ward.

Like Duplessis, each person on the Gulf Coast has a unique story from 2005, the most active Atlantic hurricane season on record, which led to an estimated 3,913 deaths and record damage of $159.2 billion.

So does MDS executive director Kevin King. The May 16 event turned sombre as King recalled the day Katrina began striking New Orleans and southern Mississippi. “As the news came in, I was glued to the TV,” he said. “I was pacing around like a caged cat.”

King called previous MDS directors, who said he needed to visit the area immediately. A private airplane flew him up and down the Gulf Coast 300 metres above sea level. “Never in my history of 21 years of disaster work did I fly in one direction for an hour-and-a-half and not get out of the disaster scene,” he said. “And that’s when I knew this was huge.”

The scope of MDS’s response to the two hurricanes was unprecedented for the organization, based in Lititz, Pa. More than 17,000 volunteers worked 126,400 person days throughout the effort, completing 194 clean-up sites, 739 minor repairs, 183 major repairs and 549 rebuilds.

MDS operated 19 projects along the Gulf Coast after the back-to-back hurricanes. The largest project was in New Orleans, where the most deaths occurred. The organization received $8 million: $6 million designated for the storms and an additional $2 million in general donations.

“Passing the Torch” marked a unique transition for MDS. Although the organization consistently moves in and out of locations across the U.S. and Canada, perhaps never before has it developed such deep relationships with local pastors and ministries.

King honoured the vision of Canadian Jerry Klassen, MDS’s disaster response coordinator, to “start with the churches.” “And today, we are celebrating emerging partnerships with churches,” King said.

Donald Boutté, pastor of St. John Baptist Church, said Mennonites have shown peace in a city plagued with violence. “Mennonites have given the gift of reminding us that the way of peace is essential in this recovery,” he said. “Historically, we’ve done nonviolent change. . . . Mennonites have reminded us to re-establish the city around peace, justice and reconciliation.”

King concluded by thanking the many people involved with the recovery effort. “God is still in the business of looking for people to make a difference,” he said. “We can be, and are, God’s hands and feet.”

Originally published in the May 28, 2012, issue of Mennonite World Review. Released by Mennonite Disaster Service with permission. 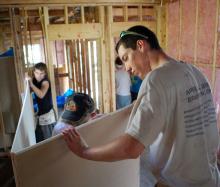