Dies at his home at 76, leaving a legacy of of books, teachings and nonviolent resistance to apartheid in South Africa 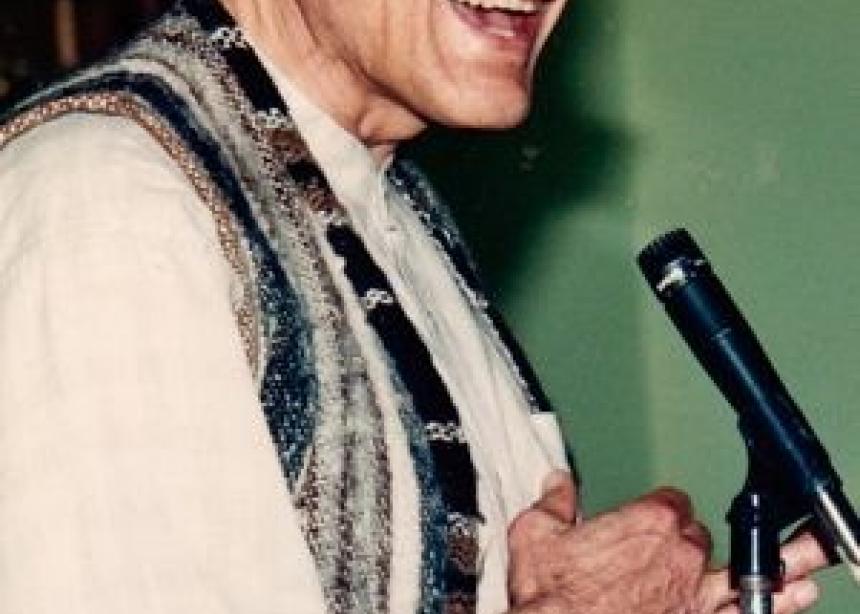 New Testament theologian Walter Wink, noted for relating the biblical phrase “principalities and powers” to the dominating sociopolitical structures of the modern era, died May 10, leaving a legacy of books, teachings and nonviolent resistance to apartheid in South Africa. Diagnosed with dementia, he died at home in Sandisfield, Massachusetts, at age 76.

Credited with coining the phrase “the myth of redemptive violence,” Dallas-born Wink was the author of a dozen books, including the award-winning Naming the Powers (1984), Unmasking the Powers (1986),Engaging the Powers (1992) and When the Powers Fall (1998). Wink wrote articles over the years for theCentury and was an editor at large at his death.

Wink graduated from Southern Methodist University and served as a Methodist pastor in Hitchcock, Texas, from 1962 to 1967. He then went to New York City, where he earned M.Div. and Ph.D. degrees at Union Theological Seminary and taught there until 1976 before a brief stint at Hartford Seminary. Shortly thereafter Wink joined the faculty at Auburn Theological Seminary, retiring as professor emeritus in 2005.

Wink’s method of Bible study included Jungian interpretation, meditation and artwork. He first developed the method’s rationale in a then controversial book, The Bible in Human Transformation (1973). Most of Wink’s workshops were joint presentations with wife June Keener Wink, a dancer and potter. She and the family asked that donations be given to the Fellowship of Reconciliation, an interfaith peace organization with which he was active for decades and which distributed Wink’s groundbreaking booklet Homosexuality and the Bible.

James A. Forbes Jr., senior minister emeritus of the Riverside Church, said he was “immeasurably enriched by my experience of Walter as mentor, colleague and friend. He and June have embodied truth, justice, integrity of being and deep compassion.”

“He was an award-winning academic and an effective activist,” said Barbara Wheeler, director of Auburn Seminary’s Center for the Study of Theological Education. He was named a 1989–1990 Peace Fellow at the United States Institute for Peace and given the Martin Luther King Jr. Peace Prize by the FOR.

Steven E. Berry of Manchester, Vermont, who was working with Wink on a book titled Just Jesus when he died, recounted for the Century Wink’s remembrances of a dangerous and pivotal period in his life.

After his visit in 1986 to apartheid-ruled South Africa—“very intense 40 days and nights”—Wink swiftly penned Jesus’ Third Way, “a book that almost wrote itself,” he said. Inspired by the gospel and “the way Jesus seized the initiative from the oppressor,” Wink said, “I was intent on offering suggestions for South Africa such as those posited by American community organizer Saul Alinsky . . . calling for subversive behavior without violence.”

With funding help from the FOR, Wink’s church in western Massachusetts and some other New England churches  mailed 3,400 copies of the book with a plain brown cover to black and white English-speaking clergy in South Africa. “Later, the South African Roman Catholic Church sent out another 800 to its priests,” Wink said.

The book “infuriated” South Africans on both sides of the conflict, recalled Wink. “How dare a white American who was not suffering urge persecuted blacks to risk more torment voluntarily,” he said. “Even more anger came from those committed to a violent solution.”

Wink was heartened, however, by the response of apartheid opponent Peter Storey, the Methodist bishop of South Africa. “Inside the covers were 100 pages of carefully thought-through revolution,” wrote Storey. “He chided us gently for our hypocrisy and impotence and showed us that the true realism lay, as we should have known, not with ‘fight’ or ‘flight,’ but with Jesus and his ‘Third Way’ of nonviolent direct action.”