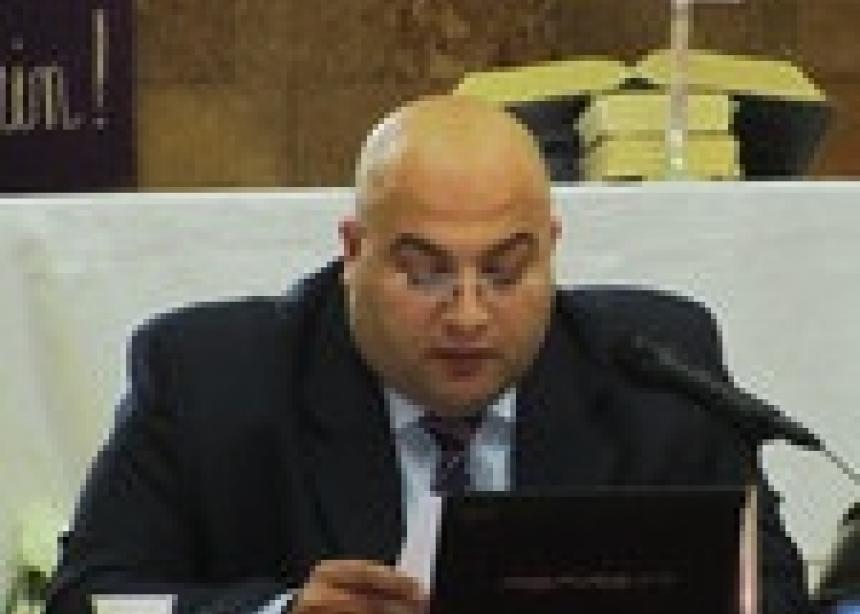 Churches in Egypt are praying and helping migrants, who flee home due to political turmoil, violence and uncertain future. There is a great need to develop stable democratic societies if the “Arab spring” is to bear fruits. Or else it might turn into an “Arab winter” with religious minorities at the risk of persecution.

David Victor R. Youssef expressed this concern at the World Council of Churches (WCC) Global Ecumenical Network on Migration meeting taking place in Beirut, Lebanon from Dec. 5-7, organized by the WCC office for Just and Inclusive Communities and hosted by the Middle East Council of Churches.

What is the political situation in Egypt after the “Arab spring”? And how is it resulting in migration?

This year Egypt has witnessed many political, social, cultural and religious changes. Yet this is not the end of struggles in Egypt. The Egyptian revolution, which followed the Tunisian one, has led to many uprisings in the region, and that we refer to as “Arab Spring”.

From the Gulf to the ocean, Arabs are finally fighting for their freedom against dictators. While they celebrate the dramatic political changes, these changes are accompanied by a state of instability. This instability has forced poor people to migrate to safe countries searching for better living.

Despite there being relatively less turmoil in Egypt than in some other countries, many people have moved to escape from violence. Similarly many Egyptians working in other countries returned to Egypt, having to face unemployment, poor economic conditions and security threats.

However, as a reaction to radical Islamic groups rising after the collapse of the security apparatus, many Egyptians, especially Copts, preferred to migrate to the West.

Can you explain the recent political developments in Egypt?

The major development in Egypt is the ousting of the former dictatorial regime. Now, the Egyptians are full of hope to push their country into true democratic transitions.

However, there are many factors that frustrate the Egyptians. This includes the Supreme Council of the Armed Forces (SCAF) being too slow in leaving power in favour of a civilian regime. Many protesters have demanded to accelerate this transitional period.

The rise of radical Islamic groups after decades of oppression by the former regime is also a concern. Now, these groups are asking to share in monitoring the new Egypt. These political groups, like Al Ekhwan al Muslmūn, Al Salafi-oun and Al Ja-ma’a Al Eslamiyya, now (after the first round of elections) have more than 40 percent of seats in the legislature.

Despite the calls for preventing symbols of the former regime, the SCAF and the government have not taken any true action in this regard. Thus, many members of the dissolved National Democratic Party have formed new political parties and are running for the current parliamentary elections.

The partial failure of liberal powers in gaining a majority in the first stage of current parliamentary elections is also a setback. This has given birth to a state of uncertainty, which formulates a transitional period without any clear road map.

How is this situation affecting Christians in Egypt?

As a result of the security absence, Copts have faced increasing violence and sectarian tensions, which resulted in the burning of some churches such as Atfih, Embaba and Aswan.

In the unfortunate incident on Oct. 9, more than 30 Christians were killed while protesting against the burning of the church in Aswan.

The rise of radical groups in Egypt has opened chances of establishing an Islamic state and implementing the Islamic laws (Shari’a). As a justifiable reaction, the Christians who already live with a sense of insecurity become more isolated in church communities.

This has also triggered a wave of emigration among Christians, the major reason for which is the political uncertainty in the country. They fear that if the SCAF continues to rule, Egypt will be under the same military governance like the last 60 years.

They also fear that if the radical agenda of political Islamic groups is realized, for example by developing an Islamic state, the Christians will not find a place in this state.

The deteriorating economic situation is also forcing millions of unemployed citizens to find other work opportunities outside Egypt.

The increased sectarian violence have forced many Copts to migrate to other countries such as USA, Canada, and Australia. Also many of the Christian Egyptians are taking religious asylum. In this situation some voices from the Coptic diasporas have asked for international protection for the religious minorities in Egypt.

How are churches addressing these challenges? What is the ecumenical response?

The national churches in Egypt play a critical role in the social life. They have been raising the awareness about their followers being full citizens in their country.

Some church leaders are attending political and social events to participate in planning for the new Egypt after the revolution.

On Nov. 11, a huge ecumenical prayer vigil for Egypt took place, with attendance of 70,000 Christians from all denominations at the Monastery of Saint Sam’an El Kharaz, from 6 p.m. to 6 a.m. People spent the whole night praying for Egypt.

On other levels, churches are involved in serving the migrants. This includes spiritual support with specialized programs for refugees, financial support with finding jobs, housing and providing aids, and helping them with legal procedures related to asylum applications.

More information on the Global Ecumenical Network on Migration 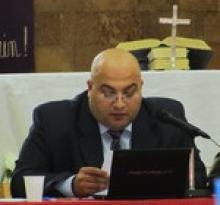