Which hill to die on?

I’ve entered that stage in life where something called a “teenager” meanders and groans its pimpled way through our home. It’s interesting to watch and talk to. In this new challenge—which I’m loving, by the way—I’m learning the art of compromise.

It’s impossible to live in relationship and not compromise.  But we often build Maginot Lines—or draw lines in the sand—to our own detriment, so let us learn to unearth our hardened embankments.

The local church, a goulash of saints with a cornucopia of opinions, oddities, tastes and redemption histories, is the perfect place to practise compromise. Unfortunately, this is not always done well.

We can twist the priesthood of all believers into a licence for everyone to get their way, on the one extreme, and majority rule democracy more intent on popular opinion than radical corporate unity and obedience, on the other. These distorted and culturally shaped understandings of the priesthood of all become twisted versions of a “my rights” culture hiding behind biblical language.

Trust me, if you wage uncompromising battles royal over trivial matters as a body, you will most likely abandon the more weighty matters of justice, mission, truth and active love, and will find that you have also abandoned the priesthood of all believers in the process.

If I do that with my teenager, it’s a recipe for disaster. So, what should we be willing to compromise?

At an elementary level, anything that fits the category of taste. If it’s merely a matter of likes and dislikes, then we should be ready to not only compromise, but even be ready to completely surrender our way if a more effective mission strategy that is biblically faithful, kingdom-advancing, and Jesus-glorifying is put forward. Ultimately, this will mean not just living on the shoulders of past compromises, but actually continuing to learn the art as a people.

Does it really matter what hairstyle my teen wants to torture himself with? He’ll have to moan over the pictures in 20 years—just like we did—and it’s really a matter of taste-testing self-identity. This is not a hill I will die on. Besides, I like my teen’s shaggy hair and whatever’s living in it, but maybe I’m just conciliatory out of envy over my own failing crop!

We must learn as churches to compromise and surrender our way forward. We were once a people ready to die for the sake of Jesus, now we seem to only save such uncompromising zeal for music, buildings, politics and budget lines. This is a bloody shame, because usually when we’re busy digging trenches around things we should meet in “no-man’s land” over, we unwittingly compromise what should never be abandoned.

Eugene Smith writes about the four major compromises of Christian mission over the centuries: with the state (which Anabaptists have led the way in rejecting marvellously); with the culture (which Anabaptists have been rather clumsy with); with disunity in the church (yeah, we’ve gorged ourselves like teen boys at a buffet on this one); and with money (which we can guard more religiously than the gospel itself).

Every local church leans towards compromise in one of these areas. Which area of compromise is your fellowship most likely to succumb to? And, conversely, where are you learning the art of healthy compromise in new ways? Which hill are you willing to die on?

Phil Wagler thanks God for his teenager and the hills they are climbing together. You can reach him at phil_wagler@yahoo.com. 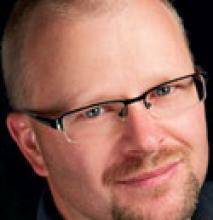