Welcome on the other side of the fence 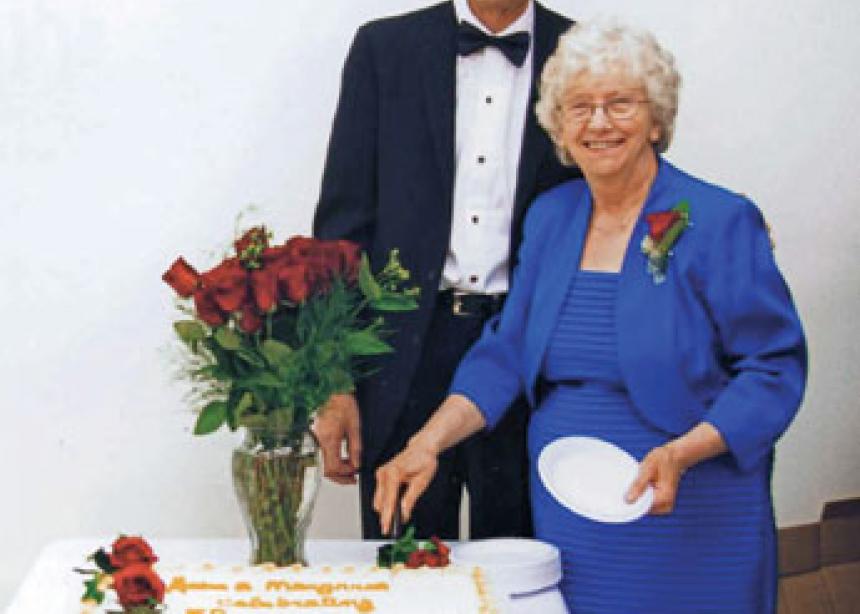 A deep love for aboriginal communities in Manitoba inspired Jake and Margaret Harms to celebrate their 50th wedding anniversary this past summer by honouring others. In lieu of gifts, they invited friends and family to contribute to Mennonite Church Canada Native Ministry.

“Our first love has always been the North and our brothers and sisters there,” Jake says. He remembers clearly the moment at age 11 when he realized he wanted to serve in the North at the same time he committed himself to God.

“It was interesting that even before we met, we both had a burden for native people,” Margaret adds.

The couple met by chance at Jake’s sister’s wedding. He was invited to serve as the best man at her wedding, but he had no idea who the maid of honour was. It turned out to be Margaret.

“That was the day that I met her and from that day on I knew I was going to capture her heart, whether she wanted me to or not,” Jake recalls with a twinkle in his eye.

Two and a half years later, on July 24, 1960, they were married in Lowe Farm (Man.) Bergthaler Mennonite Church.

The years the Harms spent living and working in the North strengthened their commitment to Canada’s Aboriginal Peoples. From 1962-63, the couple lived in Norway House. While Margaret taught Grades 1 to 8, Jake studied to earn his high school diploma, as he had left school at the end of Grade 7 to work as a farm hand and help support his family.

After completing Grade 10 in 1963, Jake was granted a special permit to teach in Loon Straits, a tiny community about 50 kilometres north of Manigotagan. Margaret became a stay-at-home mother.

Eventually they found themselves back in Winnipeg with two young daughters, aged five and one, but their passion for aboriginals continued to call them north. Through an ad in The Canadian Mennonite (a periodical published from 1953-71), they learned that the only store in Pauingassi, a small, isolated community 280 kilometres northeast of Winnipeg, was in need of a trading post manager.

“We applied and never heard from them for weeks,” Jake says.

Margaret remembers vividly the moment they resigned themselves to not getting the job. It was 11:30 at night. “We told ourselves that if God doesn’t want us back in the North, we’re okay staying in Winnipeg,” she recalls. “And then with that, the phone rang. ‘Do you want the job?’ ”

They landed in Pauingassi on the shore of Fishing Lake, a tributary of the Berens River, in 1969, with daughters and suitcases in tow and a limited ability to communicate with the local residents. Broken English was spoken by only a couple of villagers and the Harms family knew no Ojibwa.

In addition to their official roles managing the post office and trading post, the couple assumed responsibility for medicine and local ham radio connections during periods when there was no mission staff. Margaret became deeply involved with mothers and children, and taught the English language to men. Through these activities, the couple supported vital connections between the isolated community and the outside world. They nurtured friendships among their aboriginal neighbours with the help of mission workers, including Henry and Elna Neufeld from Native Ministry, and an interpreter, Albert Pascal. They gradually acquired a basic Ojibwa vocabulary.

When the Harms family left Pauingassi in 1972, their neighbour Charlie came to say farewell through Pascal. “He wanted to make sure I understood what he said,” Jake says. Charlie pointed to the fence surrounding the small residence and lean-to store. He told Jake that his children were always welcome on the other side of the fence, stressing, “We knew you loved us.”

Since leaving Pauingassi, the couple has retained strong ties with native communities through ongoing friendships, the organization Christian Investors in Education (under whom they served at Pauingassi), and Partnership Circle Meetings with MC Canada Native Ministry. 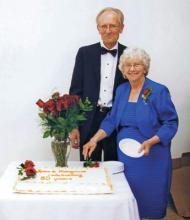 I have always been blessed by Jake's attitude as a born-again christian. We lived in the same community in Lowe Farm for about 10 years.
Blessings to you.