The Mennonites of St. Jacobs and Elmira: Understanding the Variety.
By Barb Draper. Pandora Press, 2011, 378 pages. 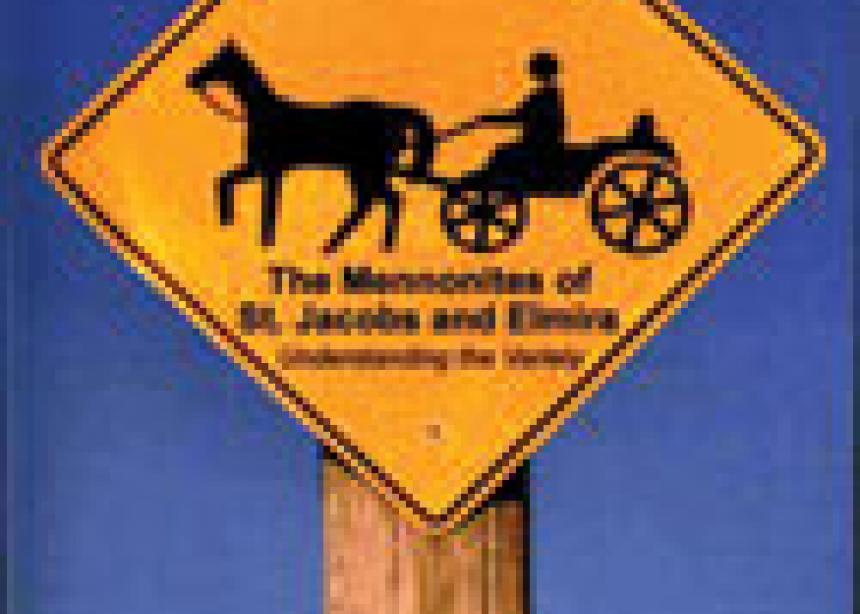 In order to write this book, Barb Draper did a lot of digging among her roots. She performed an excellent job of searching out the reasons for some of the traditions and practices of the Mennonites of St. Jacobs and Elmira, Ont. Because she is a woman, a Mennonite and locally grown at that, she was able to add a flavour which is different from that of many writers of church history.

Draper uncovers the first roots in the Mennonite story in 16th-century Europe during the Reformation. This is where it all began! She explains why Mennonites became a separate people group persecuted for its faith. She tells us where we picked up the language that is still used in many homes today. She follows the path through several European countries and explains the split with the Amish. She gives us an idea of what life was like for Mennonites in 17th-century Europe. Then came the migration to Pennsylvania!

We are told who some of the early Pennsylvania settlers were, especially those whose descendants came to Ontario a century later. Those were the days of hauling barrels containing gold coins across hundreds of miles of wilderness to pay off mortgages on vast tracts of unseen far-away territory. Finally, we come to Ontario and to Woolwich Township.

Draper spends some time exploring the history and progression through most of the 19th century, when the Mennonite church was mostly one entity. She explains faith and community life in those pioneer times, gives us good descriptions of common practices that developed in home and church life, and explains how some of these practices came about.

She is very thorough and sympathetic in explaining some of the more obscure traditions, and obviously spent much time in researching these topics. I find it especially fascinating how she takes certain clothing articles and explains the progression from European peasant garb to present-day Old Order usage.

In further chapters Draper explains how outside pressures changed many things in the Mennonite church, and eventually various factions went their separate ways. She explores the current theology, practices and other factors in Mennonite Church Eastern Canada, the Old Order Mennonites, and a few other more or less conservative groups that co-exist in the St. Jacobs and Elmira area.

Her writing is much more accurate—and less judgmental—than that of most other writers. She has the true inside story.

All in all, Draper has used her unique perspective to compile an accurate, readable, balanced account on a subject that can be very confusing, while proving that history can be interesting.