Too busy for life’s priorities

Living into Focus: Choosing What Matters in an Age of Distraction.
By Arthur Boers. Brazos Press, 2012. 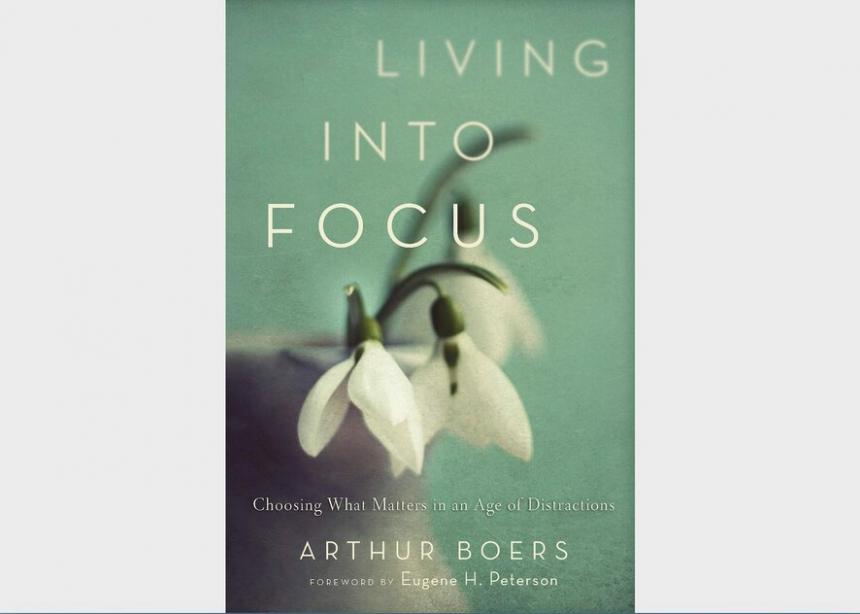 'Living Into Focus' by Arthur Boers.

I wish e-mail took up less of my life. I wish I could remember the last time I savoured a sunset. I wish I prayed more.

“I do not understand my own actions,” wrote the Apostle Paul, “for I do not do what I want.” Arthur Boers explores this conundrum in his new book, Living Into Focus: Choosing What Matters in an Age of Distraction.

“I keep running into people who sense something awry with life,” Boers writes, “yet we rush on,”  too busy, too inundated, too technologized to live according to our “deepest and highest priorities.” Boers, who holds the R.J. Bernardo Family Chair of Leadership at Tyndale Seminary in Toronto, was a Mennonite pastor for more than 20 years.

He shares his own story of emerging from the rhythm of oppressive busyness. But first he confesses his workaholic tendencies, propensity to TV addiction and a history of stress. Then he talks about his discovery of hiking in his early 40s. A casual decision to hike Ontario’s Bruce Trail began a slow conversion. Despite an aversion to athletics, he writes that he discovered natural wonder and the satisfaction of “bodily engagement.” He slowed down. “The act of hiking was knitting me together, making me whole,” he writes.

Boers has taken up urban hiking as well, regularly walking to work, a 65- to 75-minute iPod-free trip.

Drawing on the thought of Albert Borgmann, an American philosopher, Boers frames his hiking—and the book—in terms of “focal practices.” These are practices that “centre, balance, focus and orient one’s life”—an antidote to self-preoccupied busyness.

His account of a kitchen renovation proves an oddly instructive example of focal re-orientation. A renovation made the kitchen and eating area in his family’s home a place to which the family naturally gravitated. Impromptu conversations between parents at the counter and kids doing homework at the table took place. The kitchen became the “nucleus” of the house, a focal point that often won out over TV and computers.

Other examples of focal practices include gardening, cooking, birding, making music with others, board games, letter writing, hospitality, crafts and prayer.

Much of the book is about ways in which contemporary technology “draws us away from the things we value most.” Not that Boers is a Luddite—he has a computer, car, TV and iPod, but no cell phone—he just thinks we should understand the pros and cons of our plugged-in existence. It’s easy to name the benefits of technology, he writes, but how does technology shape our awareness? Where does it attract our attention?

He believes our techno-gadgets, which serve legitimate purposes, also make us “less tolerant of any kind of waiting,” encourage us to divide our attention, offer endless distraction, displace human-to-human contact, overwhelm us with stimuli, suck up time and fuel a craving for connectivity, all while addicting us to “the rush of a new e-mail or fresh messages.”

Boers calls for collective discernment of the implications of contemporary technology. He encourages readers to set limits that prevent gadgets from occupying the centre of their lives. “Rather than being perpetually available to others far away, let us choose to be present and attentive to the person nearby,” he writes. And he invites us all to be drawn by the alternative allure of a life more abundant, more focal.

The book helped me evaluate my own life. I reluctantly concluded that some of my pastimes—like indoor rock climbing and unicycling (a bit wonky, I know)—are more hobby than focal practice. They improve well-being, but don’t have much focal value, a distinction that deserves more attention than Boers gives it. (Is golfing in Arizona a focal practice?)

Other activities, like spending time with my young kids, gardening, canning and cooking for others align with my core values and knit me together much better than my inbox does.

The exercise serves both as critique and invitation. Boers wrote Living into Focus out of the belief that, in a world filled with grace, we can indeed choose to live according to our deepest and highest values. 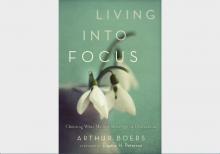 'Living Into Focus' by Arthur Boers.