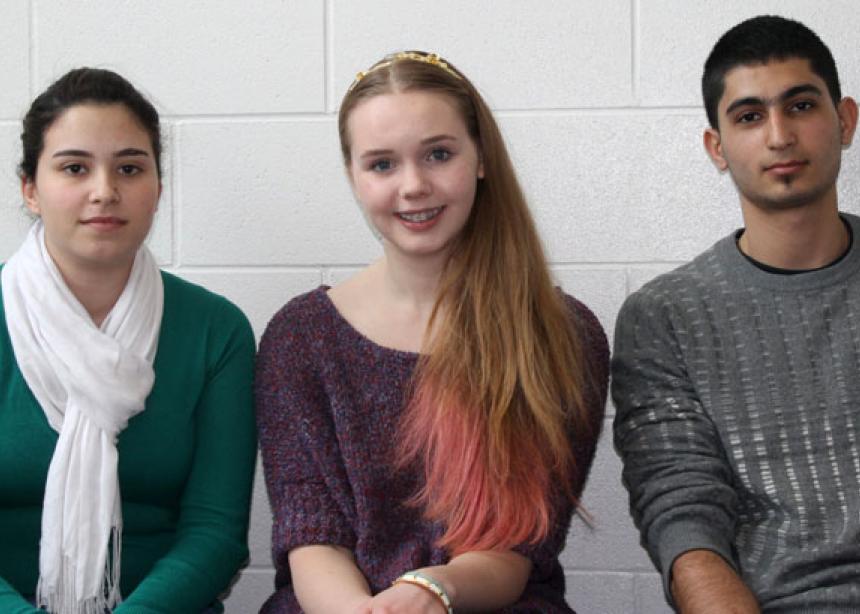 The hallways at Westgate Mennonite Collegiate in Winnipeg were abuzz with excitement. Eight students and their teacher, Emil Haloun, had arrived from Mar Elias High School in Ibillin, Israel, to spend two weeks with the Westgate students and their host families.

Their first shock was stepping out of the airport on Feb. 11 into the brisk -4 degree C Manitoba air. After that, they took to the ski slopes with Westgate students on their annual ski day and tried their hand at curling with Jewish students at Gray Academy.

The Middle Eastern high school is part of the larger Mar Elias Educational Institutions comprised of kindergarten, elementary, junior and senior high in Ibillin, an Arab village in northern Israel. “Our school is unique,” said Haloun. “You will never see Jewish and Muslim teachers on the same staff at other schools.” It was founded by Father Elias Chacour, archbishop of the Melkite Greek Catholic Church, in the early 1980s; the students are of Palestinian descent but are citizens of Israel.

Their visit is part of an exchange that will see 16 students and two instructors from Westgate travel to the Middle East in June. Last year, when Westgate teacher James Friesen was leading the study tour, he got in touch with Haloun, who suggested the idea of an exchange between the two schools.

Once the idea took root in Friesen’s mind, he was surprised at the ready support of the Westgate community. “So many people in our community said it was a wonderful idea, and it was the easiest and fastest fundraising we’ve ever done,” he said. “People came up to me in church and said we hear you are bringing Palestinians here to visit. We want to support you.” The fundraising covered $9,000 in airfare for their visitors.

For Haloun, the challenges to bring his students to Winnipeg were greater. Lengthy questioning from authorities and the fact that this is the middle of a semester did not weaken his resolve. “I feel good that this could be done,” he said. “I learned from the archbishop that the impossible is possible.”

Sally Dabbah, 17, and Miyas Nassar, 18, are two Muslim students from Mar Elias. When asked how they prepared for this exchange, they pointed to the thermal clothing they were wearing to protect themselves from the cold. “I love seeing the snow, but I don’t like to be cold,” said Dabbah.

Both were impressed with the religious activity in the school, including chapel, prayer, singing and Christian studies, and remarked positively about the much smaller classes, and the inclusion of music, drama and more sports options at Westgate.

They are looking forward to showing the Canadian students their culture in June.

“We don’t have equality because we are treated differently,” said Dabbah. “We don’t get our rights. We live in Israel and not in the West Bank, so we don’t have to go through checkpoints, but Israelis do control our movement. Although we don’t see as much violence, we feel sad for so many of our Palestinian brothers and sisters because it is so difficult for them to go to their schools and lands.”

“I want to show [Westgate students] the [separation] wall so that they can see the fear that the people in the West Bank feel,” she added. “I want to show them Jerusalem and the mosque which is always being fought over.”

“I want to show them our food and culture,” said Nassar.

On his visits to Mar Elias, Friesen has been impressed with the efforts of the school to build cultural and religious bridges. “We want to plug into that kind of thinking, instead of the negativity that builds security barriers between people,” he said. “We want to talk about reconciliation and peacebuilding . . . by building relationships and having fun together.” 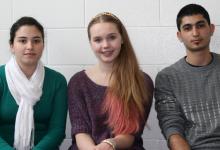