Spiritual wrestling in an unknown season 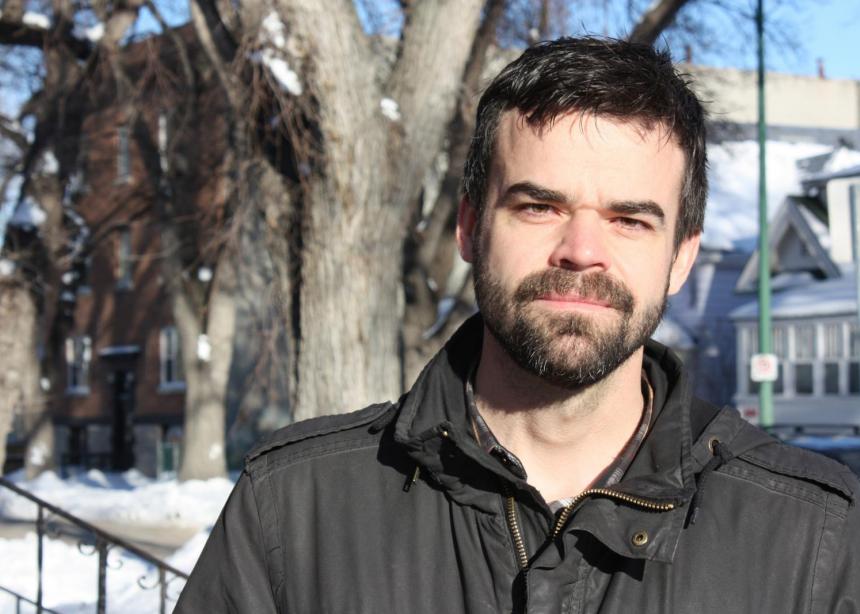 David Driedger remains passionate about the church, but it’s not an easy passion. He continually wrestles with theology, his understanding of who God is, and how to live in the name of God.

Driedger is serving as one of three keynote speakers at Mennonite Church Canada’s Assembly 2014, July 3-6, 2014. He is a member of the national church’s Formation Council, the body that created the Assembly theme, Wild hope: Faith for an Unknown Season. Driedger readily admits to his own feelings of unsettledness.

“I am interested in speaking and engaging in this process because of my own need to understand this season,” he says.

Driedger is an Associate Minister at First Mennonite Church in Winnipeg. He grew up on a farm in southern Manitoba, where he attended a Sommerfeld Mennonite congregation with his parents and two sisters. In his junior high school years, his attendance declined.

“I bounced around quite a bit, connecting with different youth groups,” he says.

By late high school, wrestling with larger questions about life brought him back. “A pastor in a local church gave me a fair amount of time and attention and opportunities to serve, including preaching at a young age.”

But his quest was not over. “I moved around quite a bit denominationally before coming back to the Mennonite church,” he says. A strong spirit of volunteerism led him to serve as a lay minister in Anglican, non-denominational and parachurch settings, and in youth drop-in centres.

A stint with Mennonite Disaster Service in San Francisco brought Driedger face-to-face with poverty and other social issues. The following year he spent time helping in downtown Vancouver while attending Columbia Bible College in Abbotsford. These experiences convinced him that where and how he chose to live needed to reflect a commitment to those who struggle among us.

About five years ago, he was drawn into a variety of conversations about religion and theology. As he tried to explain his beliefs, his conversation partners pushed back. They told him that he was protecting his perspectives from change because he framed them as “Christian.”

“I was offended at first and often responded defensively,” David says. “But in the course of these conversations I came to realize that I was protecting my own way of thinking, that no matter what someone said about particular aspects of my religion, I would not accept, I would not even be able to hear them, because I disqualified their view ahead of time.”

That realization forced him to consider what it would mean to think and listen more openly. “I had to put aside some long held convictions, but at the same time, some of my other perspectives became stronger and clearer. This experience continues to shape me and how I live and work in the church.”

Driedger says he hopes that the experience of Wild Hope: Faith for an unknown season will help people understand what it is to open themselves to others in the world, and to wrestle together with what it means to live in the name of God. “If there is a sense of wild hope, it’s in the ability to trust that if God is a living God, God will be present as we attend to others beyond boundaries of fear and preconceptions.”