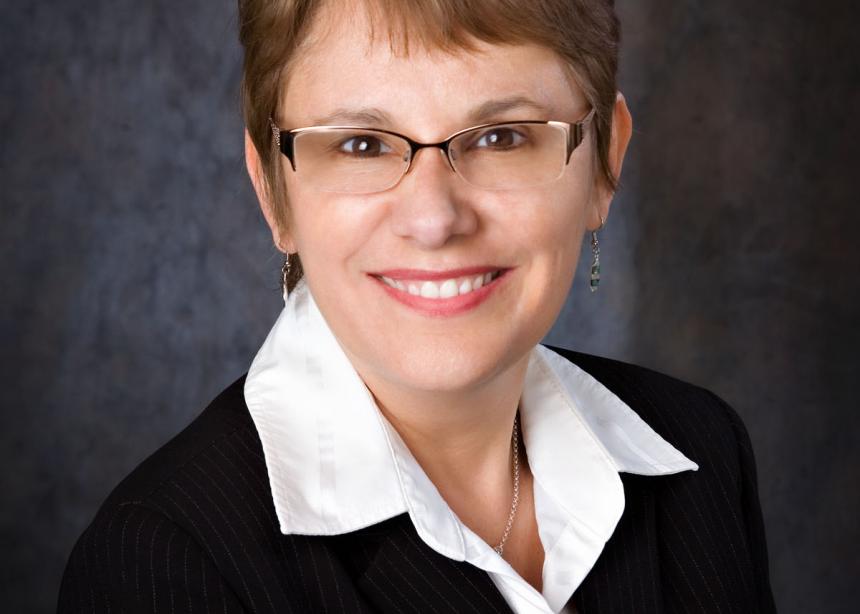 Jack Suderman, recently retired general secretary of MC Canada, was one of six persons named by the new nominee for moderator-elect of Mennonite Church USA, Elizabeth Soto, who gave her opportunities to develop her leadership skills.

Suderman invited her to lead the Latin American Center of Anabaptist Resources (CLARA) and to become academic dean of the Colombian Mennonite Seminary in Bogotá, Colombia.  Soto, who would become the first Hispanic person to lead the denomination, was chosen by the Leadership Discernment Committee this week despite her vote to not attend the 2013 assembly in Phoenix, AZ, in solidarity with her Hispanic sisters and brothers.

The denominational delegate assembly will vote on the nomination this July during the convention in Pittsburgh.

“Elizabeth brings a breadth of experience in Mennonite church settings from Puerto Rico, Colombia and the United States,” said Duncan Smith of Beaverton, Ore., chair of the Leadership Discernment Committee (LDC). “She is an accomplished scholar, a practiced pastor and chaplain, and a committed Anabaptist. In nominating Elizabeth for moderator-elect, the LDC believes she is uniquely positioned to provide leadership for Mennonite Church USA at this time.”

Soto Albrecht would begin a four-year term after the Pittsburgh 2011 assembly, serving two years as moderator-elect and chair of the Constituency Leaders Council and two years as moderator and chair of the Executive Board. She would succeed the current moderator-elect, Dick Thomas of Lancaster, Pa., who will succeed the present moderator, Ed Diller of Cincinnati, Ohio, after the Pittsburgh assembly.

“I am accepting this as a calling from God to serve the larger community,” said Soto Albrecht, who has been an Executive Board member for two years. “This is a crucial time for Mennonite Church USA. We are celebrating 10 years as a denomination and moving forward in establishing our identity as a missional church. What will the next decade look like?”

Soto Albrecht said that in her role as coordinator of field education and consultant for cross-cultural seminar trips for Lancaster Theological Seminary (LTS), a United Church of Christ seminary, she frequently interacts with people from other denominations.

“I am convinced—especially following the Decade to Overcome Violence—that as Mennonites, we have something to offer the wider church through our peace theology,” she said. “How is the gospel of peace going to empower us to work for change and to bring healing and hope first in the Mennonite Church and then to the world?”

Originally from Puerto Rico, Soto Albrecht visits her family there twice a year and maintains connections with her home church, Iglesia Menonita El Buen Pastor in Hatillo, P.R., where she was baptized 32 years ago. She has earned a Doctor of Ministry in the International Feminist Program of San Francisco (Calif.) Theological Seminary (2005), a Master of Arts in religion from the Seminario Evangélico de Puerto Rico in San Juan (1985) and a bachelor’s degree in health education from the Universidad de Puerto Rico (1982). She also studied at Associated Mennonite Biblical Seminary, Elkhart, Ind., 1984-85.

“There are two identities I hold very dear to my heart: my Christian identity as an Anabaptist and my Latina (gender and cultural) identity,” she said. “Both inform and shape who I am as a servant of God.”

Soto Albrecht served with the Colombian Mennonite Church through the Commission on Overseas Mission of the former General Conference Mennonite Church (1993-96) and Mennonite Central Committee (MCC) (2001-05). During her last two years in Colombia, Soto Albrecht was pastor of Armenia Mennonite Church, and was ordained in October 2003. She also worked with MCC’s Latin America desk in Akron, Pa., (1989-93) and volunteered for that same department (1997-2001). She and her husband, Frank Albrecht, belong to Laurel Street Mennonite Church in Lancaster and have two teenage daughters. She also serves as associate chaplain at Women & Babies Hospital in Lancaster.

“I have a profound sense of belonging to the Mennonite Church,” Soto Albrecht said. “I’m very loyal to the church I have chosen to serve, and trust that the Holy Spirit will move among us and keep us united.”

“Elizabeth brings a calming spirit, openness, wisdom and a great deal of strength, as well as a tender heart for the church and service to others,” said Dionicio Acosta of Lititz, Pa., who invited Soto Albrecht on behalf of the LDC to consider this calling. “It’s been an honor for me to walk with her through this process; I have been blessed in seeing how she has discerned this calling and has listened for God’s Spirit and direction.”

Soto Albrecht said she was previously approached for the moderator-elect position and discerned that it was not the right time to serve due to family priorities and other commitments. However, this time she said that “all three dimensions of a calling” were present—perceiving it internally and hearing it from God and the community.

She said that she accepted the calling independently of the Executive Board’s recent decision to continue to hold the 2013 convention in Phoenix despite Arizona’s new anti-immigration law. However, she acknowledges the pain that the decision creates for her, as she has stated publicly that if the convention were to be held in Phoenix, she would not go.

“I have to be clear and consistent in my commitment to stand with the voiceless and the marginalized,” she said, adding, “Now that the board’s decision on Phoenix has been made, we need to figure out how to move on and work toward unity. I invite the church to pray for discernment as we face the future together.”

Soto Albrecht believes she will be challenged as moderator-elect “to demonstrate with love that I am capable of representing the whole church, not just one segment of the church.” She is energized by the growing multiculturalism in the church, and anticipates focusing on the anti-racism priority of Mennonite Church USA.

“We need to learn what it means for a Mennonite Church that is growing in Latino, Asian-American, and African-American members to embrace diversity,” she said. “The diversity is a gift that will enable us to become a missional multicultural church.”

“In our congregation of 45-55 people, it gives me life to see Mennonites of European descent worshiping with a growing Latino community,” she reflected. “I absolutely love the diversity and seeing all the colors, shapes and shades of ministry that the church can develop with that. I have appreciated the leadership of our pastor, Janet Breneman, in ways she has been open to the movement of the Spirit among us.”

Soto Albrecht said she is especially energized by the potential of training new leaders in the church. And she’s inspired by Moses’ mandate to Joshua and the Israelites in Deuteronomy 31 to be strong and courageous in leading.

“As Anabaptists we believe that we are all equipped to serve God with our various gifts and talents,” she said. “I want to lead with courage and empower other leaders—to identify other Joshuas … male, female and people of color—to develop their gifts to bring change to this world.”

Soto Albrecht is grateful for the leaders who have trusted and believed in her and “opened the doors” for her to serve and grow in leadership.

“The Lord has given me many, many people through whom he has spoken,” she said, naming Héctor M. Lugo, her first Mennonite pastor in Puerto Rico, who gave her opportunities to lead worship and teach;  in addition to Suderman, she pointed to José Ortíz, who invited her to teach for Goshen (Ind.) College’s Hispanic Ministries Program; her friend Linda Shelly, whom she said was a role model during her MCC formation years and currently keeps her connected with the Latin American Anabaptist Women Theologians (Mujeres Teólogas Anabautistas Latinoamericanas) movement. Others who have inspired her have included Alix Lozano, past president of the Colombian Mennonite Church, and her pastor, Janet Breneman.

“My number one critic and my number one supporter is my husband, Frank,” Soto Albrecht added. “I would not have been able to say ‘yes’ to this calling without his blessing.” 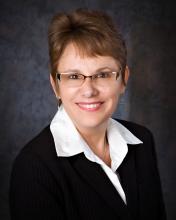