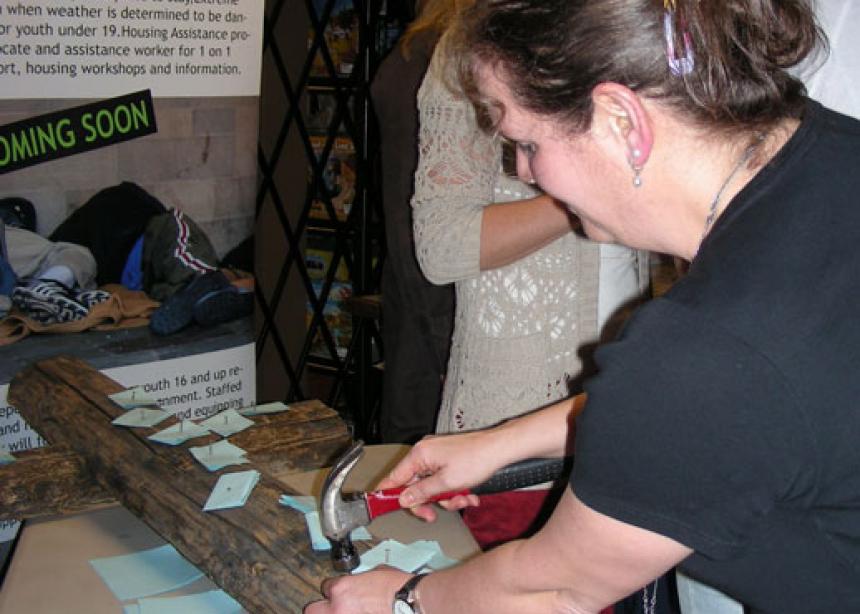 Blues filled the House of James Christian bookstore for two nights during Holy Week, raising the roof with music and raising funds for a local charity.

Made up of local Mennonite musicians, the Good Friday Blues Band performed two concerts on the evenings of Maundy Thursday and Good Friday, March 28 and 29.

The band formed a year ago for the express purpose of performing on Good Friday, the darkest day in the Christian calendar. Aaron Dawson of Abbotsford had been inspired by Randy Stonehill’s song, “Didn’t It Rain,” and the idea for the band was born. Dawson and his mother Angelika formed the group with other interested musicians, performing the blues at House of James on Good Friday last year. It was so popular that several dozen people were turned away at the door.

This year, the band decided to do the concert over two evenings and sell tickets at minimal cost ahead of time. All proceeds went to Cyrus Centre, a local shelter for on-the-street youths. The theme this year was “Storm Comin,’ ” with the feature song of the same name by the Wailin’ Jennys.

Also featured were prayers and a litany, a southern gospel-style sermon by John Dawson, a poem by Olivia Sharpe, and a chance for audience members to write needs and prayer requests on blue pieces of paper, then symbolically nail their “blues” to a wooden cross.

Both Thursday and Friday performances were sold out, and more than $1,000 was raised for Cyrus Centre. Band members contributed their talents out of love for God and music, and took no payment for their performances.

The choice of location in a bookstore/coffee house was deliberate. “We were very intentional about doing this service in a place that was not a church,” Angelika explained. “We want people who wouldn’t feel comfortable in a sanctuary to feel that they could come and hear the Good Friday story in a unique way.” 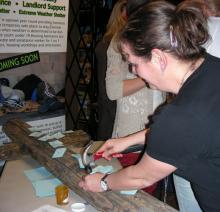 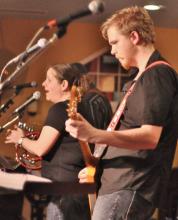 Angelika Dawson and son Aaron perform the blues as part of the Good Friday Blues service in Abbotsford, B.C.